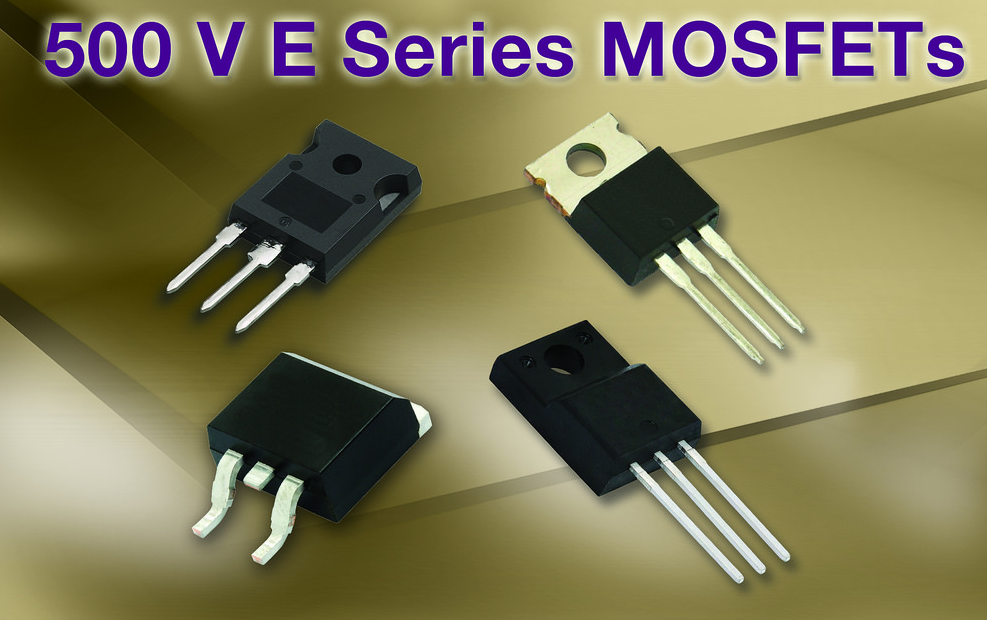 Vishay Intertechnology announced the addition of 11 new devices to its 500 V series of high-voltage MOSFETs optimized for operation in switch mode power supplies (SMPS) to 500 W. Featuring the same benefits of extremely low conduction and switching losses as the company's E Series 600 V and 650 V devices, the Vishay Siliconix MOSFETs were developed to assist customers in achieving higher performance/efficiency standards such as the stringent 80 PLUS efficiency standards required for certain high-performance consumer products, lighting applications, and ATX/silver box PC SMPS.

Built on second-generation Super Junction Technology, the 500 V MOSFETs released today provide a high-efficiency complement to Vishay's existing 500 V D Series components based on standard planar technology. The 12 A to 20 A devices feature low on-resistance from 190 mΩ to 380 mΩ and ultra-low gate charge of 22 nC to 45 nC. This combination results in a very favorable figure of merit (FOM) for power conversion applications.