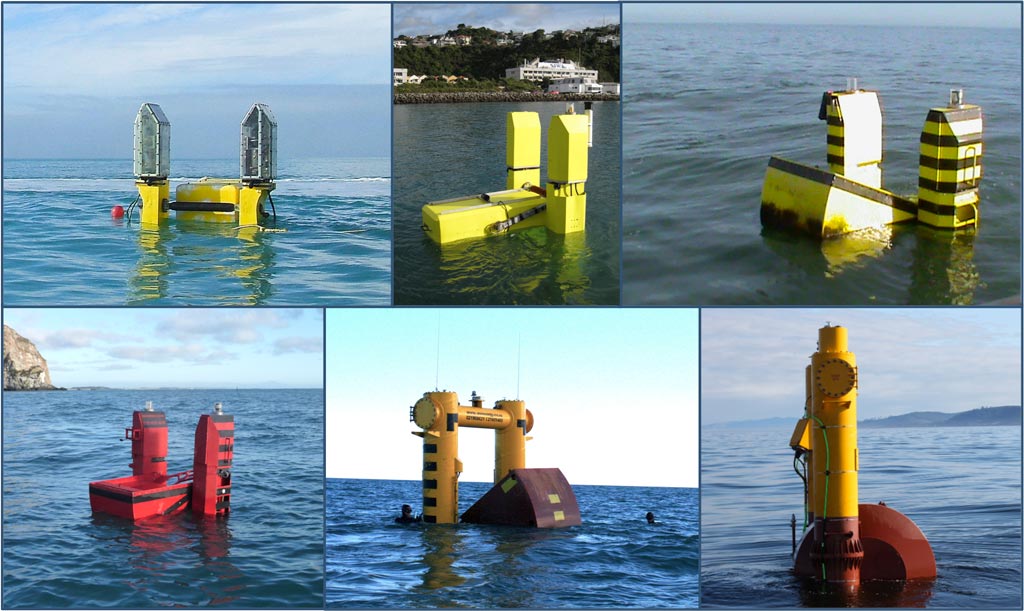 Wave Energy Technology - New Zealand is a research & development collaboration programme run by Industrial Research, a Crown Research Institute, and Power Projects, a privately owned Wellington-based company. The programme seeks to develop a wave-energy device that maximises engineering efficiency through direct drive and adaptive response to changes in wave motion A second generation half-scale device has been funded by the US DoE and it is currently being tested off the coast of Oregon, US at NNMREC (the Northwest National Marine Renewable-Energy Center) wave-energy site. These tests will last up to 6 weeks and the device will be recovered in October before weather conditions deteriorate and the stormy season sets in. The NNMREC partnership is between OSU (Oregon Statue University) and the UW (University of Washington) that was established through the DoE's Wind & Water Power Program and local funding. The wave-energy test site is roughly 2.0 mi (3.2 km) off the coast of Oregon near the city of Newport. It is currently in Phase 1 of its development, which involves establishing a mobile berth at which developers like WET-NZ can test and analyse their wave-energy converters. It is a mobile testing berth, because devices will be connected to a nearby floating instrumental buoy, called the Ocean Sentinel, instead of being connected to the electrical grid onshore. In addition to load dissipation, the Ocean Sentinel will monitor and record performance and environmental data transmitted from the WET-NZ device, which will be the first device deployed at the test site. Wave Energy Technology