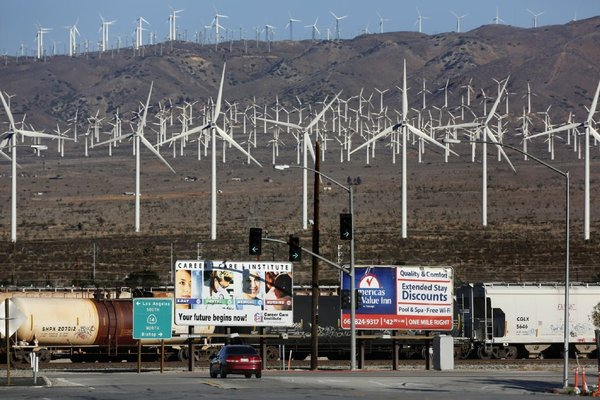 Wind-power turbines, which are increasingly dotting California's mountain and desert regions, don't appear to be having a negative effect on home values, according to a new report by the Lawrence-Berkeley National Laboratory. The research, supported by the U.S. Department of Energy, analyzed more than 50,000 home sales near 67 wind farms in 27 counties across nine states. "We find no statistical evidence that operating wind turbines has had any measurable impact on home sales prices," said Berkeley's Ben Hoen, the lead author of the study. The report, which build on work published in 2009, used sophisticated models that looked at home values before wind facility developments were announced to after they were built and began operation. The findings do not support conventional wisdom, often covered in press reports, that wind turbines create "significant property value impacts," Hoen said. A spokeswoman for the California Assn. of Realtors declined to comment on the study. LA Times