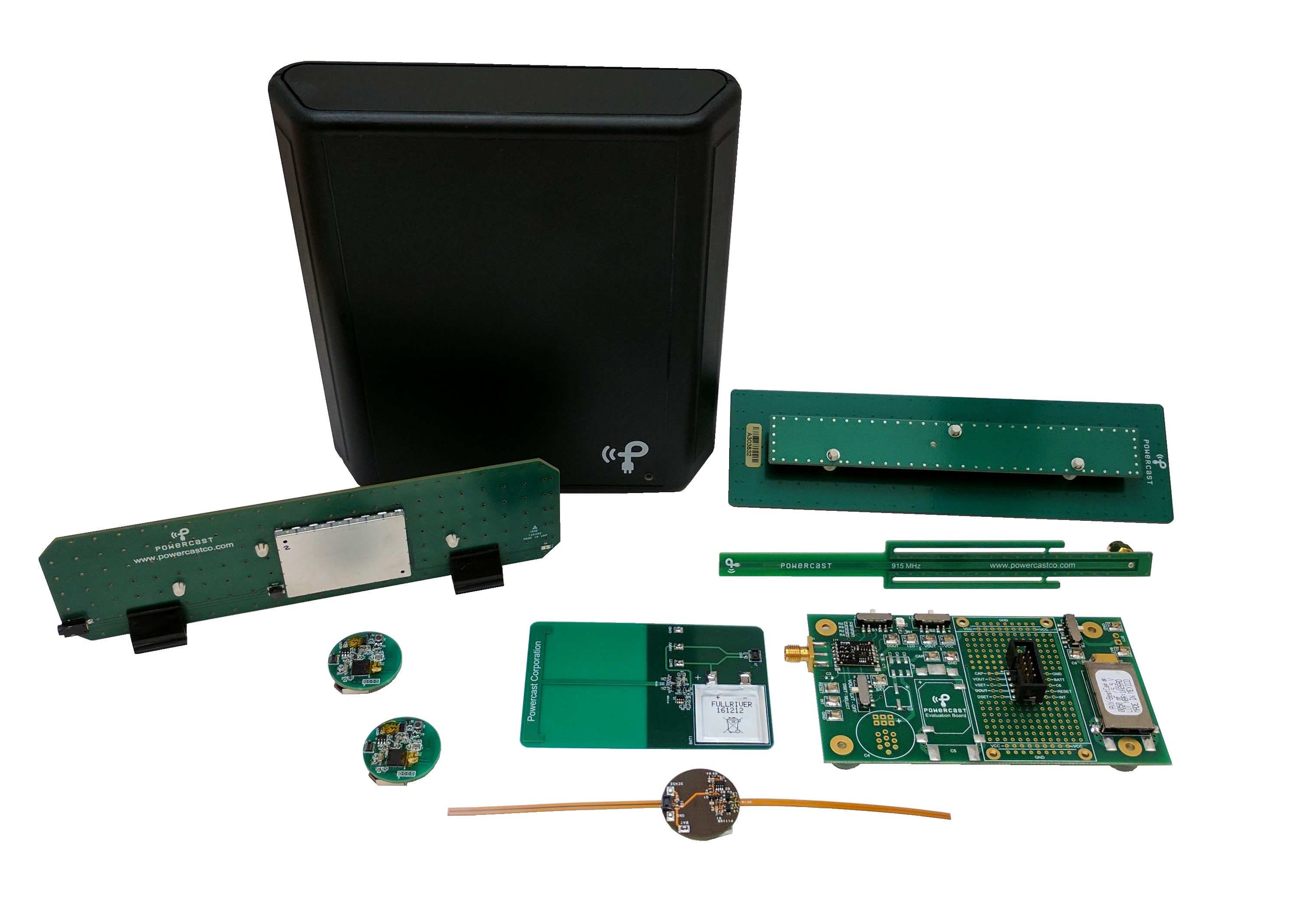 The Powercaster transmitter targets commercial and industrial wearables, smart cards, and sensor applications, enabling a wireless powering range of one to 80 feet depending on the end device and application. Wireless recharging can, for example: 1) allow hermetically-sealed, washable wearables like heated jackets and illuminated safety vests to recharge while hanging in a closet, 2) make smart bands used by cruise lines or theme parks reusable and more functionally robust with display interaction or audible messages that would normally drain batteries, and 3) eliminate the need for battery replacement in access control smart cards.

The new, smaller PowerSpot transmitter is a first-generation subassembly, intended for manufacturers to embed in their products so they become sources of wireless power themselves, able to automatically charge multiple devices around them. Consider a coat rack that recharges smart wearables, an alarm clock that recharges mobile devices, or a small tabletop box that recharges game controllers, keyboards and mice. A smarter, fully-featured PowerSpot intended as a standalone transmitter for recharging consumer devices is undergoing FCC testing. "Our long-term vision is for consumers to be able to wirelessly recharge their Powercast-enabled devices simply by placing them within range of a PowerSpot transmitter," said Powercast's COO/CTO Charles Greene, Ph.D. "No wires, cables or charging mats needed."

In Powercast's patented wireless power technology, the transmitter sends RF energy (radio waves) to the Powerharvester embedded in a device, which converts it to DC (with up to 75% efficiency) to directly power that device or recharge its batteries. Operating across a wide RF power (as low as -17 dBm) and frequency (10MHz to 6GHz) range, Powercast's PCC110 Powerharvester chip maintains high conversion efficiency amid changing parameters like distance and state of battery charge. The technology is designed and tested to meet both U.S. and global standards for user safety and device interference.

Powercast's P1110-EVB evaluation board, including two antenna configurations, is included for further hands-on development with the Powerharvester receiver.

The $1250 kit is available through distributors Mouser, Arrow, and Future Electronics.