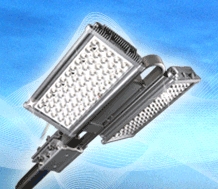 ZemosLED has announced the US launch of the patented, 80,000 hour Zemos9090 LED package. The Zemos9090 has seen extensive use in the company's own line of lighting fixtures with extended lifespans, but has not previously been available to third parties as a discrete component. The company anticipates strong demand from manufacturers of intermediary LED components, and end lighting products, who have been limited by current technology to a 50,000 hours lifespan. Constructed almost entirely of copper and silver, and based on the SiC substrate CREE® LED dies, the Zemos9090 has an exceptionally low thermal resistance, combined with a large heat spread area, which are responsible for its long life. The Zemos9090 also utilizes ZemosLED's patented phosphor deposition technology, allowing for maximum light conversion, and precise color temperature control. "Often there is inadequate attention given to the thermal performance of LED products. Actually, this is perhaps the most critical aspect of LED product design, and must be addressed at every stage of development, from the LED package, to the lighting enclosure," says CTO M.S. Yoon. "Not only does good thermal performance increase lifespan, but it also increases efficiency. With conventional package designs, our product lifespans would be greatly reduced, so the Zemos9090 is really a core technology for ZemosLED, allowing us to achieve 80,000 hours." To accommodate various LED applications, the company will also offer the Zemos9090 as individual modules, in custom LED panels, and in color temperatures from 2,700K to 7,000K. ZemosLED is a member of the Zemos Korea group of companies, a major Korean provider of semiconductor equipment since 1979. www.zemosled.com