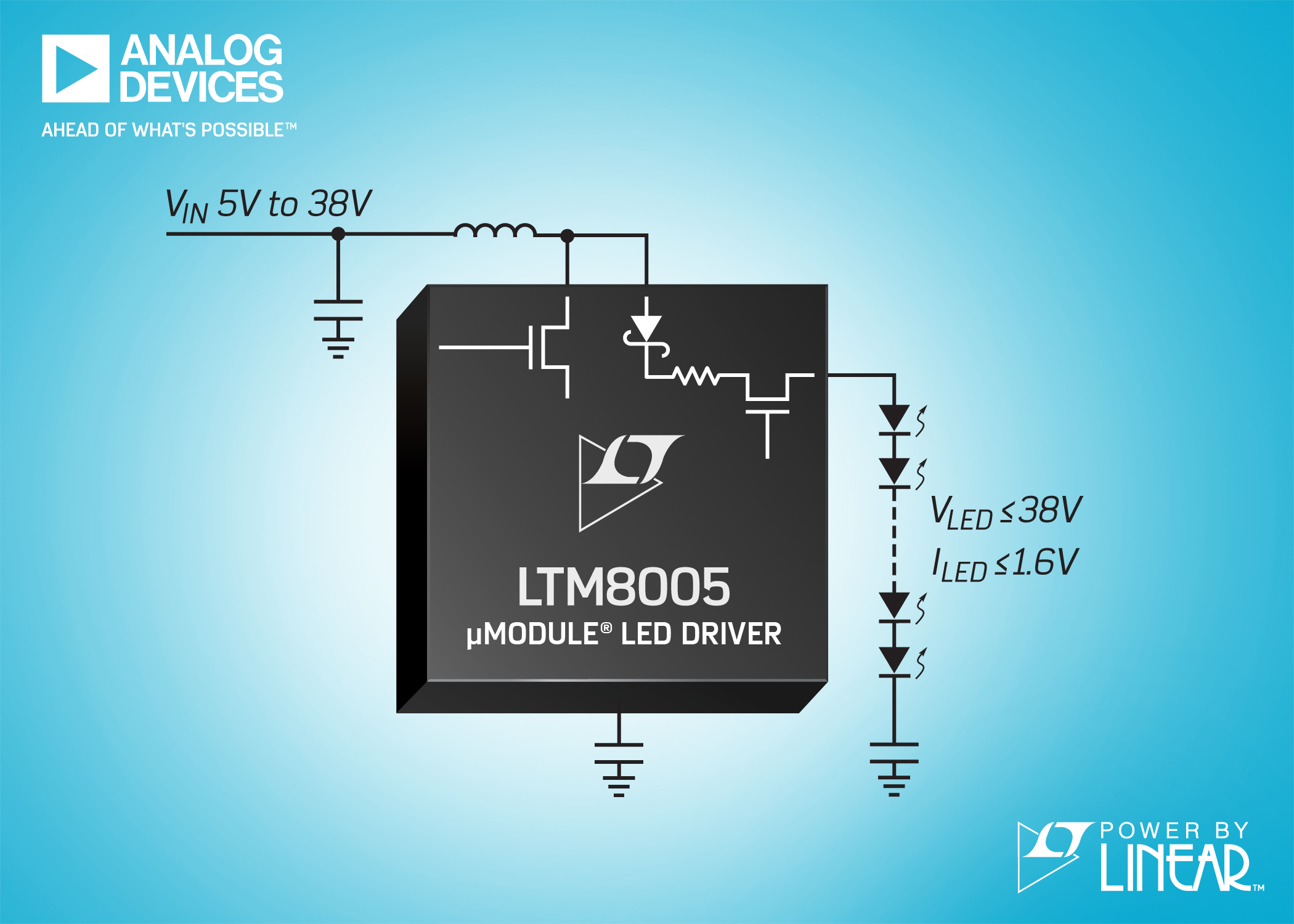 NORWOOD, MA - Analog Devices announces the Power by Linear LTM8005 boost DC/DC µModule (power module) regulator designed for driving LEDs. The LTM8005 includes a DC/DC controller, power switch, Schottky diode and current sense resistor in a 9mm x 11.25mm x 2.22mm BGA package. The LTM8005 operates from a 5V to 38V input voltage range and can deliver up to 1.6A of regulated current at an output voltage of up to 38V. An Inductor is external, enabling the LTM8005 to easily configure in different operation modes including boost, buck-boost, buck and SEPIC topologies with a coupled inductor.

The operating frequency is adjustable from 100kHz to 1MHz, and built-in spread spectrum frequency modulation improves electromagnetic compatibility performance. Brightness of the LEDs can be controlled by the analog CTRL pin and by PWM dimming with a range up to 3,000:1. The LTM8005 provides safety features such as output disconnect short-circuit protection, open LED protection, programmable input current limit, as well as, input and output current reporting.