Figure 1. The LTM4638 and LTM4626 differ in output current but have identical pinout

The LTM4626 and LTM4638 are high efficiency, step-down µModule regulators capable of 12 A and 15 A continuous output current, respectively,from input voltages between 3.1 V and 20 V. They feature an innovative 3D packaging assembly, known as component on package (CoP), where the inductor sits on top of the µModule device. The inductor’s relatively high mass, when combined with direct exposure to air or attached to a traditional heatsink, effectively draws heat from the internal MOSFETs, resulting in fast and efficient cooling of these small footprint packages. These regulators can support outputs at full load when other regulators must throttle down. For example, both regulators can produce 1 V at full load (12 A or 15 A) from a 12 V input at 75°C ambient with 200 LFM air flow.

Because they operate as current mode dc-to-dc regulators, multiple devices can be easily combined in parallel to share higher load currents. Parallel regulators can operate out-of-phase to reduce input and output ripple—simply connect the output and input clock pins of multiple devices. Total output voltage dc accuracy is guaranteed at ±1.5% over line, load, and temperature (–40°C to +125°C). To compensate for any voltage drop caused by parasitic impedance under high current conditions, the LTM4626 and LTM4638 include remote sense capability. Output voltage tracking and soft-start features allow users to customize supply sequencing. Switching frequency can be set via a simple external single resistor—from 400 kHz to 3 MHz—or synchronized to an external clock. The LTM4626 and LTM4638 feature identical pinouts.

Figure 3 shows an all-ceramic capacitor design that minimizes overall solution size, while allowing input and output capacitors to be placed on the back of the PCB. This design takes advantage of the built-in functions of the LTM4638 to minimize circuit footprint, as shown in Figure 2. Figure 4 and Figure 5 show the thermal performance and efficiency under various conditions using a DC2665A demonstration circuit. 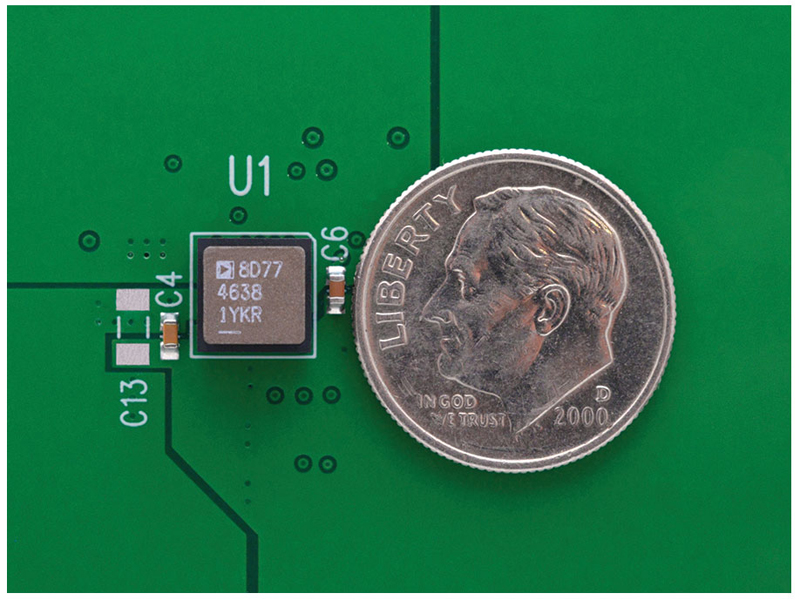 Figure 2. Tiny 15 A dc-to-dc µModule regulator solution using the LTM4638 on a DC2665A-B demonstration board. Input and output capacitors are shown here—a few ceramic capacitors and a resistor are on the back of the board 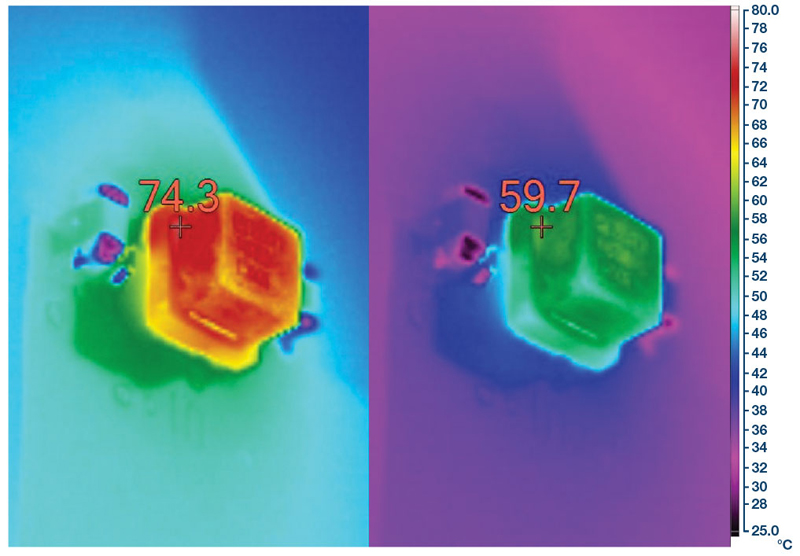 Figure 4. Effective airflow cooling with CoP design is clear in this comparison of 0 LFM and 200 LFM airflow on thermal performance of the LTM4638 at 12 V input, 1 V output at 15 A. 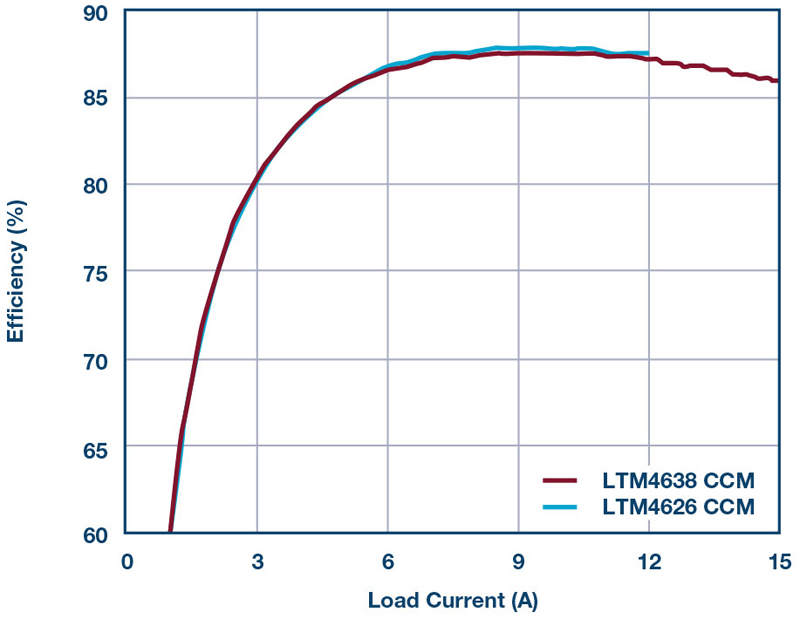 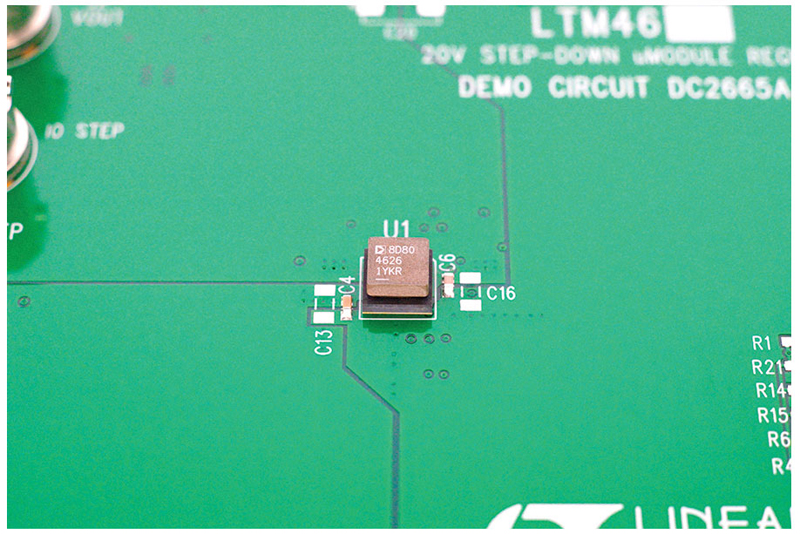 The 6.25 mm × 6.25 mm LTM4626 and LTM4638 12 A and 15 A µModule regulators deliver high power from tiny, thermally efficient packages. The CoP construction takes advantage of the exposed inductor as a heatsink for fast and efficient cooling. Only a few additional components are required to complete a compact regulator solution. Multiple devices can be easily paralleled for increased loads to produce true high power density solutions.