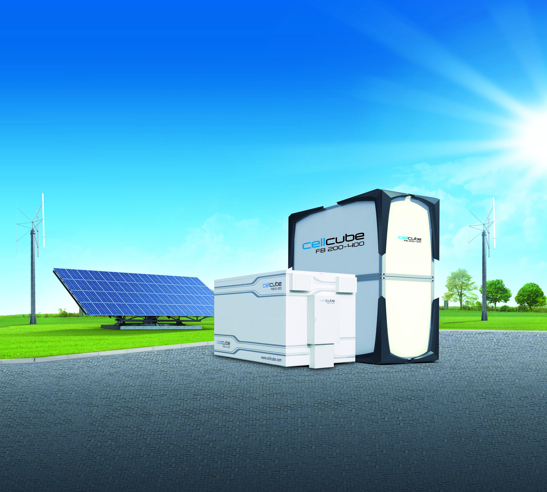 American Vanadium announced it has entered into a master sales agreement with GILDEMEISTER energy solutions of Germany, whereby American Vanadium will market and sell GILDEMEISTER's CellCube vanadium redox flow batteries in North America. The CellCube is a commercially available energy storage system, with over 50 systems installed globally, that is capable of scaling to multi hour and multi megawatt size. While American Vanadium will immediately initiate sales efforts using commercially available vanadium electrolyte, the goal is to integrate its own electrolyte supply from its Gibellini Mine in Nevada which is currently in the permitting phase. "Coming quickly on the heels of our recently signed memorandum of understanding with GILDEMEISTER, this confirms the achievement of our goal of vertically integrating into an energy storage company that controls America's only domestic supply of vanadium, the critical element in the vanadium redox flow batteries," said Bill Radvak, President & CEO of American Vanadium . "Reliable and economic energy storage technologies have been cited as the 'Holy Grail' of the energy industry and, as a result of this agreement, American Vanadium will be able to immediately offer a market ready energy storage solution to wind and solar generators, emergency and remote power applications, as well as for grid reliability and efficiency optimization for commercial, industrial and military applications." "With GILDEMEISTER as the world leader in commercial production of vanadium redox flow batteries, and American Vanadium having the only commercially viable source of high quality vanadium in North America, there are tremendous advantages to the development of the North American market for our CellCube energy storage system," said Lars Mollenhoff, Managing Director of Cellstrom GmbH, part of GILDEMEISTER energy solutions. "Given that the CellCube battery will last twenty years and that our high purity vanadium electrolyte doesn't degrade and is fully recoverable, we have a significant performance and cost advantage over other large scale energy storage systems," said Ron Mac Donald, Executive Chairman of American Vanadium. "In addition to these advantages, we are developing innovative financial approaches to facilitate the sale of the CellCubes in America, including leasing the batteries entirely." American Vanadium