Are There Health Consequences for not Using a Smartphone? 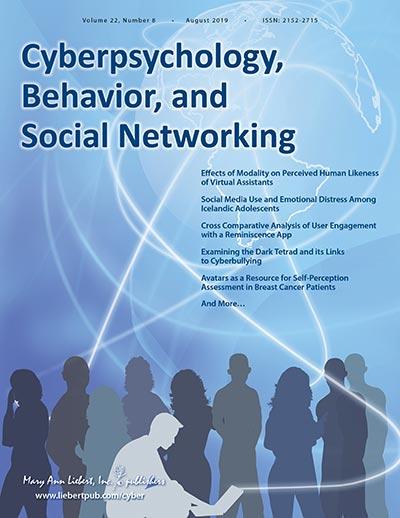 New Rochelle, NY--Many studies have examined the health effects of smartphone abuse, but a new study looks at the sociodemographic features and health indicators of people who have a smartphone but do not use it regularly. This under-studied group of individuals were significantly more likely to report feelings of loneliness, according to the article published in Cyberpsychology, Behavior, and Social Networking, a peer-reviewed journal from Mary Ann Liebert, Inc., publishers. Click here to read the full-text article free on the Cyberpsychology, Behavior, and Social Networking website through October 9, 2019.

Eduardo Pedrero-Pérez and colleagues from Madrid Salud (Spain) coauthored the article entitled "Smartphone Nonusers: Associated Sociodemographic and Health Variables." The researchers conducted a random sampling of people living in a large city ages 15-65 who own a smartphone and identified those who do not use their smartphone regularly. In comparing the two groups, they found the non-users more likely to be male, older, have a lower educational level, and belong to an underprivileged social class. In addition, the non-users showed worse mental health indicators, and a lower perceived quality of life relating to their health