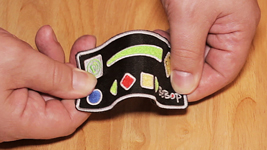 BeBop Sensors provides custom turnkey sensor solutions for sports and fitness OEMs to incorporate into their products, ranging from basic sensors to complete wireless solutions with advanced power management. Jimmy Holliman, President & CEO of Eeonyx Corporation said, “We’ve been working with BeBop Sensors over the past six years on some very challenging and cutting edge solutions for smart-fabric sensors. BeBop’s demanding requirements make them an excellent partner in pushing the state-of-the-art in wearable technology.” At IDTechEx, McMillen will be introduced by Holliman, who will announce an exclusive licensing deal with BeBop Sensors.

The IDTechEx Wearable Technology LIVE! Conference focuses on critical enabling technologies that will shape the future of wearable tech. Examples include low-power electronics, wireless power transfer, thin and flexible energy storage, energy harvesting, smart textiles, and flexible and stretchable electronics. Wearable Technology LIVE! will be co-located with a series of synergic tradeshows and conferences on printed electronics, energy harvesting and storage, and the Internet of Things.

BIO: Keith McMillen has started and sold two companies in his 30+ years innovating in the sensor and audio market. Zeta Music revolutionized stringed instruments and was sold to Gibson Guitars in 1992. Octiv, started in 2000, received funding from 3i and Intel Capital and was sold to Plantronics in 2005. McMillen is the inventor on numerous patents; has released hundreds of profitable products; published dozens of scholarly papers, and was winner of a Guthman Award in 2010. He received a B.S. in Acoustics from University of Illinois at Urbana.