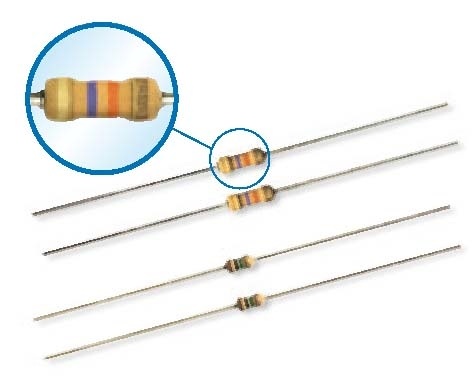 Stackpole's HDM Series carbon film resistors use special materials, processing, and controls to achieve a level of moisture withstanding far better than comparable film resistors. The HDM Series remains stable after 1000 hours at 93% humidity and 1% bias. Standard carbon film and metal-film resistors will typically fail in these conditions. In addition, the HDM Series can withstand 100 hours at 2 atm. of pressure and 100% relative humidity without failing. The HDM Series' carbon film resistance element is less expensive than metal glaze resistors which are normally used for high humidity requirements. Finally the HDM Series offers 1% tolerances, which are normally difficult for carbon film technology to achieve. Applications for the HDM include portable test equipment, industrial and outdoor controls, safety and surveillance equipment, and power tools. The HDM Series is available in Ľ watt and ½ watt power ratings. Pricing is size and tolerance dependent and ranges from $0.013 to $0.027 each in full reel quantities. Stackpole Electronics