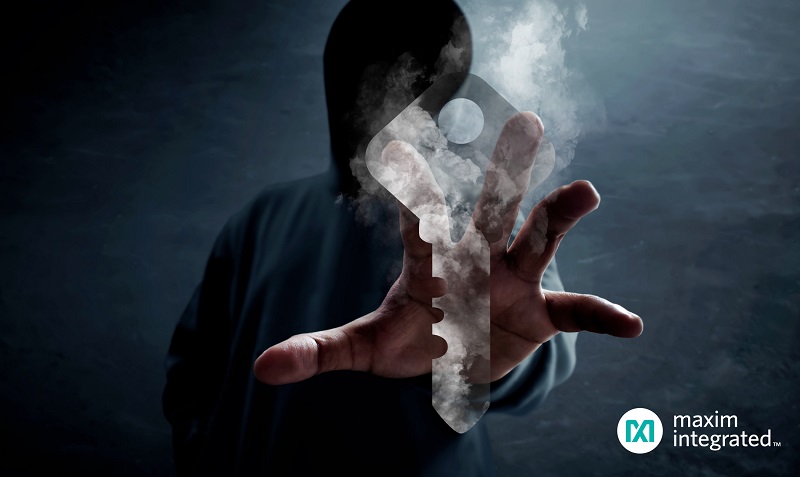 Cyberattacks continue making headlines and internet of things (IoT) devices have been a point of vulnerability—cybercrime damages are projected to cost the world $6 trillion annually by 2021, according to Cybersecurity Ventures. Yet, design security remains an afterthought, with many engineers believing that implementing security is expensive, difficult, and time-consuming, or leaving it up to software to protect their systems. Additionally, when secure ICs are used, some are compromised by sophisticated, direct, silicon-level attacks that are commonly launched in an attempt to obtain cryptographic keys and secured data from these ICs.

The DS28E38 features Maxim’s ChipDNA physically unclonable function (PUF) technology, making it immune to invasive attacks because the ChipDNA-based root cryptographic key does not exist in memory or any other static state. Instead, Maxim’s PUF circuit relies on the naturally occurring random analog characteristics of fundamental MOSFET semiconductor devices to produce cryptographic keys. When needed, the circuit generates the per-device unique key, which instantly disappears when it is no longer in use. If the DS28E38 were to come under an invasive physical attack, the attack would cause the sensitive electrical characteristics of the circuit to change, further impeding the breach. In addition to the protection benefits, ChipDNA technology simplifies or eliminates the need for complicated secure IC key management as the key can be used directly for cryptographic operations. The ChipDNA circuit has also demonstrated high reliability over process, voltage, temperature, and aging. Additionally, to address cryptographic quality, PUF output evaluation to the NIST-based randomness test suite was successful with pass results. Using the DS28E38, engineers can, from the start, build into their designs a defense against hacking. The IC is low-cost and simple to integrate into a customer’s design via Maxim’s single-contact 1-Wire interface combined with a low-complexity fixed-function command set including cryptographic operations.