There is a commonly held belief in the industry that GaN devices are wasted on inverters for electric motors. After all, if the performance of the system is restricted by the use of a 20KHz PWM, then there can be little benefit in using a material that gains the majority of its advantages from faster switching speeds. However, according to Marco Palma, Director of Motor Drives Systems and Applications at EPC, there are some ways that GaN can still prove effective in that role.

He explained, “GaN technology has very low capacitance, therefore it has very low switching energy. Also, GaN inverters have a much shorter dead time, and you can switch current between complementary devices in a much faster time, typically around 50 nanoseconds. Normally MOSFET inverters tend to take between 500 nanoseconds and one microsecond to perform the same switching event, and the effect of that long dead time plays a role in the overall efficiency of the system.”

To try quantify the size of these gains from GaN FETs, Palma and his team set up a series of simulations and experiments. He expanded further, “The entire industry was looking only at the inverter, so we decided to look at the effects on the entire system. What would be the effect of increasing the frequency and reducing the dead time on the motor and not just the inverter? We knew GaN FETs and ICs would switch faster and the reverse recovery would be reduced to zero. Increasing the switching frequency would even eliminate the need for the filter inductor and allow us to replace the electrolytic capacitors with ceramic capacitors. What would all that mean to the overall system performance?”

The practical experiments used a Teknic M-3411P-LN-08D load motor and a hysteresis-brake dynamometer. They were conducted at an input voltage of 36 Vdc, a phase current of 5 ARMS, and a switching frequency of 20 kHz. The initial results showed a small, but noticeable distortion anomaly in the current and voltage that corresponded to the 6th harmonic of the torque when using silicon FETs which had 500 ns of dead time. That anomaly didn’t appear when the GaN FETs with a 21 ns deadtime were used under the same conditions. The anomaly carried through to the mechanical output of the motor, where a noticeable ripple occurred at 161 Hz when measured using a torque/speed transducer. This torque ripple affected the efficiency and the output power by a small but significant amount. This ripple affected the efficiency and the output power by a small but significant amount. The same experiment was then carried out using GaN FETs switching at 100 kHz. The 6th harmonic torque ripple disappeared due to a very small dead time. The results showed an even greater increase in efficiency, with less input power being consumed to give a greater output power – 121.3 W input to output 79.3W for the silicon FETs in comparison to the GaN FET results of 113.3 W in to get 81.4 W out. In the mechanical domain, that output difference carried over and resulted in a torque of 1.876 Nm for silicon and 1.940 Nm for GaN, and an system efficiency of 65.3% and 71.8% respectively.

Palma concluded by saying, “because it is a three-phase inverter, the discontinuity in the current and in the voltage in the silicon inverter happens 6 times per cycle, two from each current phase. In the GaN FET inverter, you don't have these discontinuities and the torque sixth harmonic disappears, meaning that if you have the same total RMS current in the motor phase, all the current is going into the fundamental frequency, and therefore the DC component of the torque, thus generating higher torque given the same current. This means that the motor is behaving ideally by design, instead of being sub-optimally because the motor is designed for sinusoidal operation.”

To demonstrate the advantages of GaN in motor systems, EPC has designed controller evaluation boards using the Microchip dsPIC33 and ST Nucleo controllers, with a TI Piccolo board in development, as well as complimenting inverter and motor driver boards. 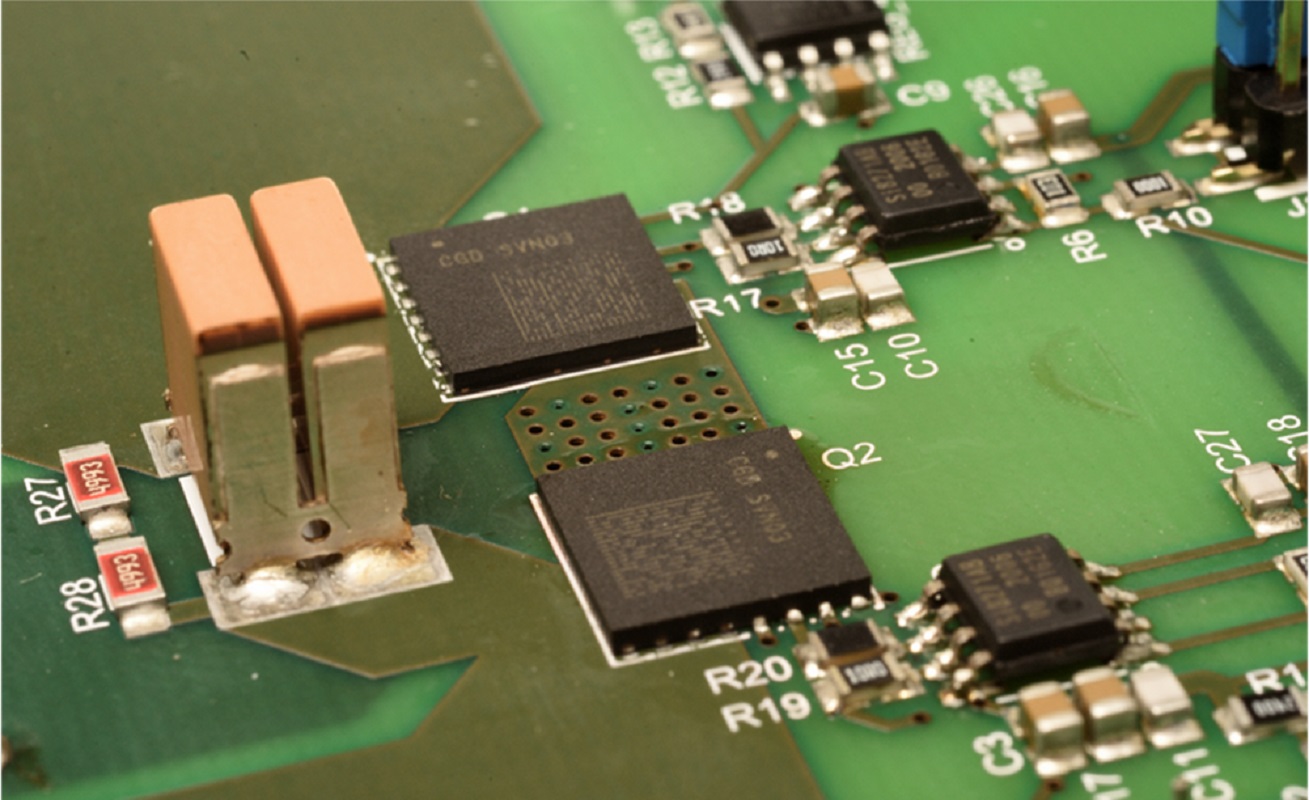