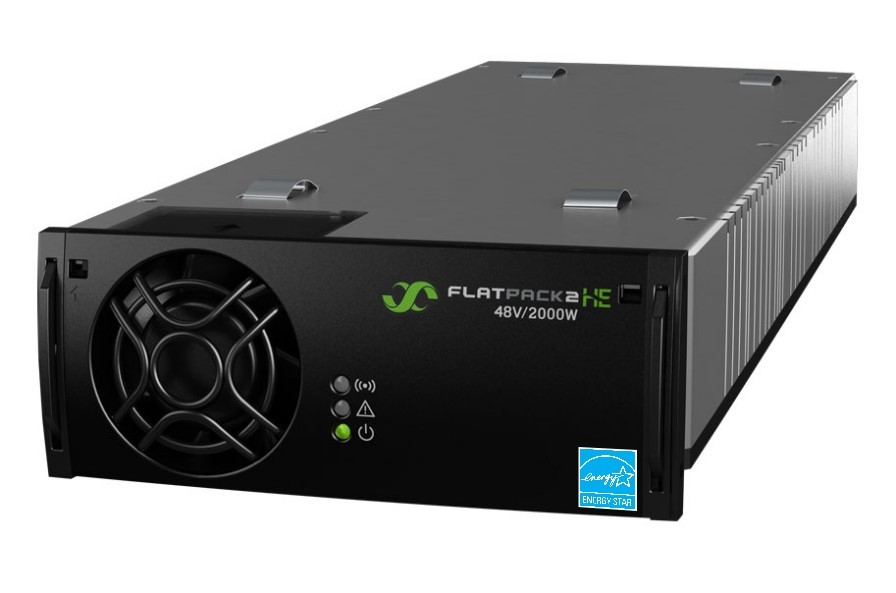 Click image to enlarge: Eltek's 48-V Flatpack2 HE provides an average efficiency, over the ENERGY STAR performance levels, of 96.35%.

Eltek has announced that its 48-V Flatpack2 HE (high-efficiency) and V-Series HE power supply products have been awarded the ENERGY STAR for compliance with new high energy-efficiency standards that became effective on August 1, 2012. Eltek was instrumental in helping the EPA broaden its ENERGY STAR program specifications to encompass telecom DC power system applications under the new UPS category. This ensured the maximum possible field implementation both in data-center and telecommunication applications. The trusted ENERGY STAR label was established to make it easier for U.S. consumers to identify and purchase products that meet strict energy efficiency guidelines set by the EPA (Environmental Protection Agency) and DoE (Department of Energy), and has now been adopted in many other countries. Qualifying products must comply with ENERGY STAR eligibility criteria, achieve the performance requirements, and pass the rigorous testing procedures performed by an EPA-approved certification laboratory. Eltek's 48-V Flatpack2 HE provides superior rectifier efficiency with an average efficiency, over the ENERGY STAR performance levels, of 96.35%. Designed with horizontal front-to-back airflow and chassis-integrated heat sinks, Flatpack2 HE rectifier units can be stacked directly on top of one another. Wasted energy is reduced by 50% compared to the industry standard, decreasing both heat generation and operational costs. V Series HE rectifier modules provide industry-leading power density and efficiency in a 2RU footprint. Designed for use in Compact and Integrated DC Power Systems, Eltek's V-Series HE rectifiers are optimized for outside plant, wireless communications, and enterprise applications. With an average efficiency, over the ENERGY STAR performance levels, of 96.25% this product reduces the thermal load, improving overall reliability and availability. Eltek