Goal-line technology in the spotlight at FIFA 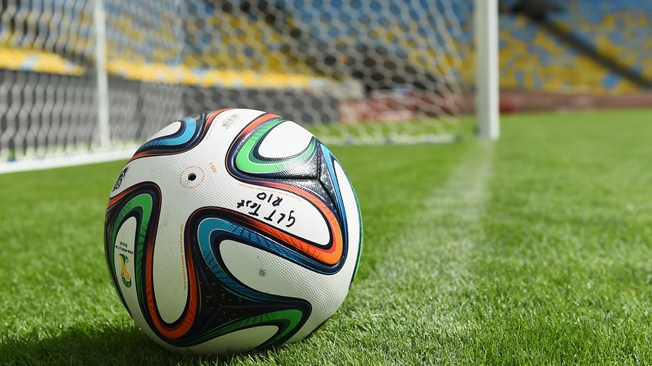 GoalControl-4D has been installed across all 12 FIFA stadiums

Goal-line technology (GLT) is on show at the Maracana Stadium in Rio de Janeiro as the GoalControl-4D technology springs into action, a system for goal-spotting that includes a special referee watch to receive the indication of “Goal” or “No Goal”, which is immediately confirmed within one second as part of the requirements of the International Football Association Board (The IFAB) who approved the principle of GLT in July 2012.

The GoalControl-4D system is equipped with 14 high-speed cameras located around the pitch, with seven cameras focussing on each goalmouth. Using a special detection software, the ball is filtered out from the image sequences and its real-time position is automatically calculated as X, Y and Z coordinates as well as speed, making it 4D. If the ball has fully crossed the goal-line, the central processing unit automatically sends an encrypted radio signal to the referee’s watch in less than one second indicating a goal by means of vibration and a visual signal.

There was a referees training session on Saturday, 7 June, also at the Maracana, which FIFA organized to ensure that all match officials are comfortable with the technology and to explain the pre-match procedure in more detail. The general functionality and accuracy of the system and in particular the mandatory referee check were important parts of this training. “Goal-line technology will be a very big help,” says FIFA’s Head of Refereeing Massimo Busacca. “We have to remember it’s to see if it’s a goal or no goal, not other situations, but it will be in my opinion a really good support."

GoalControl-4D has been installed across all 12 stadiums, each one having successfully passed the Final Installation Test. As part of this testing, around 2,400 GLT incidents had to be correctly indicated in various situations and conditions. This Final Installation Test is a standard procedure as part of the official certification process outlined in the GLT Testing Manual and ensures the system reaches the FIFA QUALITY PRO level required by the Laws of the Game.

Brazil 2014 marks the first FIFA World Cup™ in which match officials will be supported by GLT. It has been used previously at the FIFA Club World Cup 2012 and 2013, as well as last year’s FIFA Confederations Cup in Brazil.