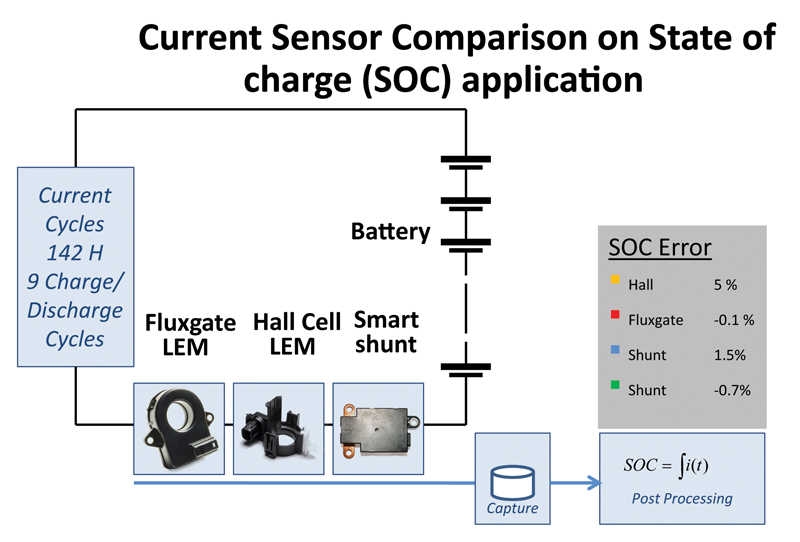 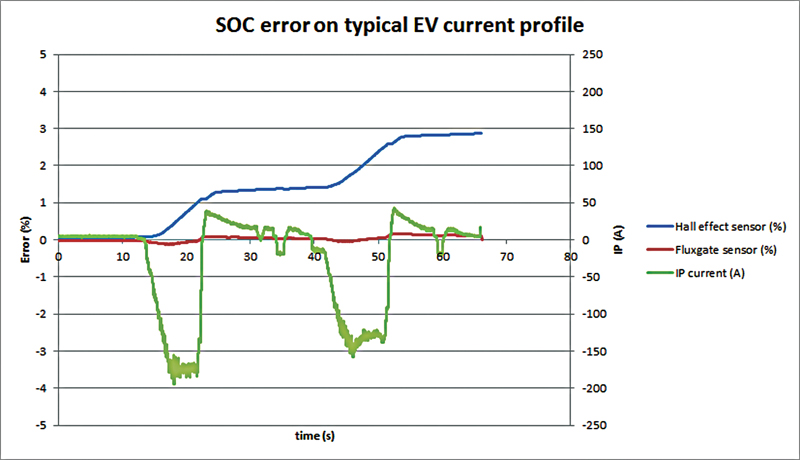 Several technologies exist for measuring automotive battery currents, each with particular advantages and disadvantages. Premium-segment car makers have hitherto preferred shunt-based solutions due to their high accuracy and wide measurement range. Fluxgate technology, once reserved for very high-end industrial applications, has now been re-engineered to become price-competitive for automotive applications, and offers better accuracy than shunts whilst remaining galvanically isolated. When cost remains the biggest priority, Hall-effect sensors are the ideal solution. Their main historical drawback (offset errors) is being addressed with technological advances to provide accuracy in a/ low-cost product. The increasing need for electrical current measurements in cars gives an opportunity for these various technologies to further develop and become an essential element in the design and production of future automotive systems. LEM