Industrial power opportunities in 2013 and beyond 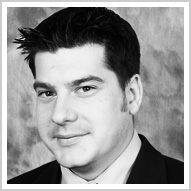 In 2012, demand from industrial applications reduced heavily in the second half of the year. With many uncertainties still surrounding global economic conditions, suppliers to this sector remain apprehensive about 2013 and beyond. However, this highly diversified sector is generally less volatile than others. Two key drivers are overall industrial production metrics and the need to improve power conversion efficiency to comply with legislation and to lower energy costs. Both are predicted to continue to drive growth opportunities for power electronics in industrial applications. The demand for greater conversion efficiencies in end-applications has driven OEMs to transition to inverterised motor drives in their designs, generating new and replacement growth. This trend alone has driven over $1 billion of growth in the past two years for power semiconductor modules, despite a large decline in 2012 owing to excess inventory build-up by motor drive suppliers. This has resulted in a rapid decline in demand for new products whilst inventory levels return to typical levels. Although this is also projected to result in slower growth in 2013, an additional $2 billion of growth in the power semiconductor module market is forecast from 2012 to 2016. The industrial sector also remained resilient for power semiconductor discrete products in 2012. Despite steep declines in the power MOSFET and IGBT markets, the global market for discrete power semiconductors in industrial applications grew by 2.6 percent, much stronger than the overall market decline of 7.4 percent. A further $1 billion of growth is forecast in this sector from 2012 to 2016. Demands for greater efficiency in industrial applications are also driving opportunities for power supply manufacturers and the power IC suppliers who sell into power supply products. Whilst the global merchant power supply market was flat in 2012, the market for power supplies with digital control grew by 37 percent. Although industrial applications were not early adopters of digital power, they are projected to drive $300 million in digital power supply growth and $100 million in digital power IC growth from 2012 to 2017. Outside of digital power, strong growth is also forecast for products linked to increasing efficiency in industrial applications such as ICs and silicon carbide diodes for power factor correction, and power MOSFETs used for synchronous rectification at the output of industrial power supplies. Other opportunities in this sector for 2013 and beyond include growth in demand for batteries and storage for both stationary applications and those such as material handling. Transitions from lead acid batteries to chemistries such as lithium, nickel and sodium are beginning to accelerate, providing opportunities for battery manufacturers, storage solution providers, chemical and raw material suppliers, and power semiconductor manufacturers, amongst others. IMS Research