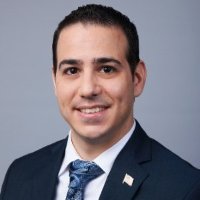 When Verizon announced its $100 million dollar investment in natural gas fuel cell and solar energy technologies last week - the company's latest initiative toward fulfilling its carbon intensity reduction commitment - the news was widely reported by the business, industry, environmental, and consumer media. In those interviews, Verizon's chief sustainability officer James Gowen pointed out the company's mandate to not only assess the proposed green energy project from the environmental perspective, but from the operational and economic viewpoints as well. "I have a CFO and a CEO who are telling me quite often, 'We are not going green for green's sake.' So we absolutely have a positive return on investment based on a 10-year net present value," Gowen said in an interview with Reuters. That positive return assessment on Verizon's green energy investment is bolstered by a story, The Next 10 Years in Energy, that aired on the APM radio show, Marketplace Morning Report. In it, Joshua Freed, at the think tank Third Way explains that the price of natural gas is dropping because it's cheaper and easier than ever to extract natural gas. Because of that efficiency, he believes that natural gas - which Verizon will use to power its fuel cell systems - will remain a popular energy source into the next decade. "Natural gas is the equivalent to U2, or the Jay-Z of energy. Everybody wants it right now," Freed said. Freed says the next big thing in renewable energy will be photo-voltaic solar panels, the type of solar systems that Verizon will be deploying in the coming months. "Solar has actually grown by 130 percent from 2011 to 2012," Freed told Marketplace. "That's because the price of solar panels has dropped precipitously and solar panels are starting to increase significantly in efficiency." According to Gowen, corporate sustainability programs are more than just the right thing to do - they are an example of how companies can provide powerful answers to the big questions confronting society. In Verizon's case, our sustainability programs demonstrate how we are taking action to strengthen and transform individuals, communities, businesses, and society through the application of technology solutions that have real and lasting impact. Verizon