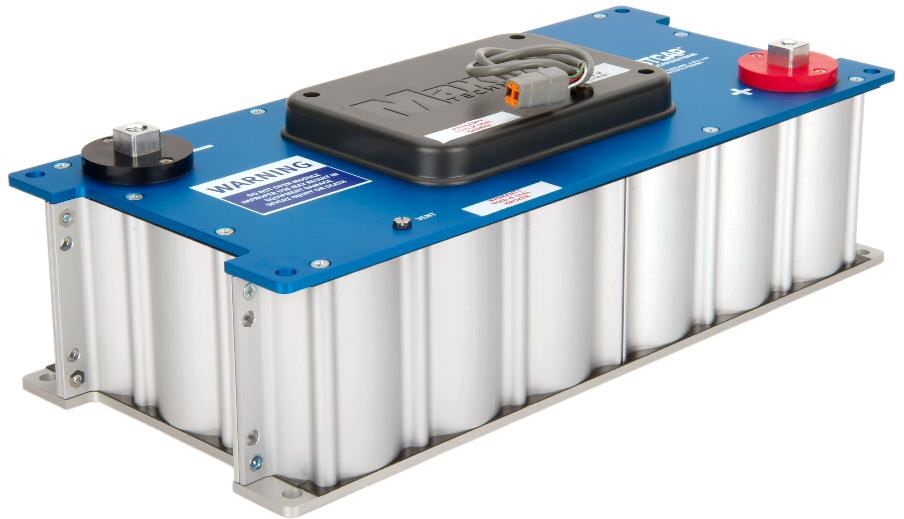 Maxwell Technologies has announced that it is supplying ultracapacitors for a high-efficiency energy-management system that powers multimedia entertainment, lighting, and air ventilation systems in the Emirates Air Line, the UK's first urban cable car, carrying passengers across London's River Thames. The new Emirates Air Line cable car system, operated by Transport for London, consists of 34 10-passenger cabins manufactured by CWA Constructions SA of Switzerland. The Emirates Air Line can carry up to 2,500 passengers per hour in each direction. It transported an estimated 20,000 passengers a day during the London 2012 Games for the trip connecting North and South London from terminals located at the Greenwich Peninsula and Royal Docks. The roof-mounted ultracapacitor modules are recharged by charging systems located in stations at each end of the Emirates Air Line. Unlike batteries, which produce and store electrical energy by means of a chemical reaction, Maxwell's ultracapacitors store energy in an electrical field within the ultracapacitor cells. This electrostatic energy storage mechanism enables ultracapacitors to charge and discharge in as little as fractions of a second, perform normally over a broad temperature range (?40 to +65 °C) and operate reliably for up to one million or more charge-discharge cycles. "A battery-based system to power all of the entertainment and passenger comfort features the operator wanted for these cabins would have been much too heavy to be practical," said Tobias Haarmann, CWA's Head of Marketing. "Ultracapacitors also require little or no maintenance and can be expected to last for a decade or more before needing to be replaced." "This is yet another example of how innovative companies such as CWA are finding new ways to take advantage of ultracapacitors' efficiency, durability, light weight and other differentiating characteristics," said David Schramm, Maxwell's president and chief executive officer. Maxwell Technologies