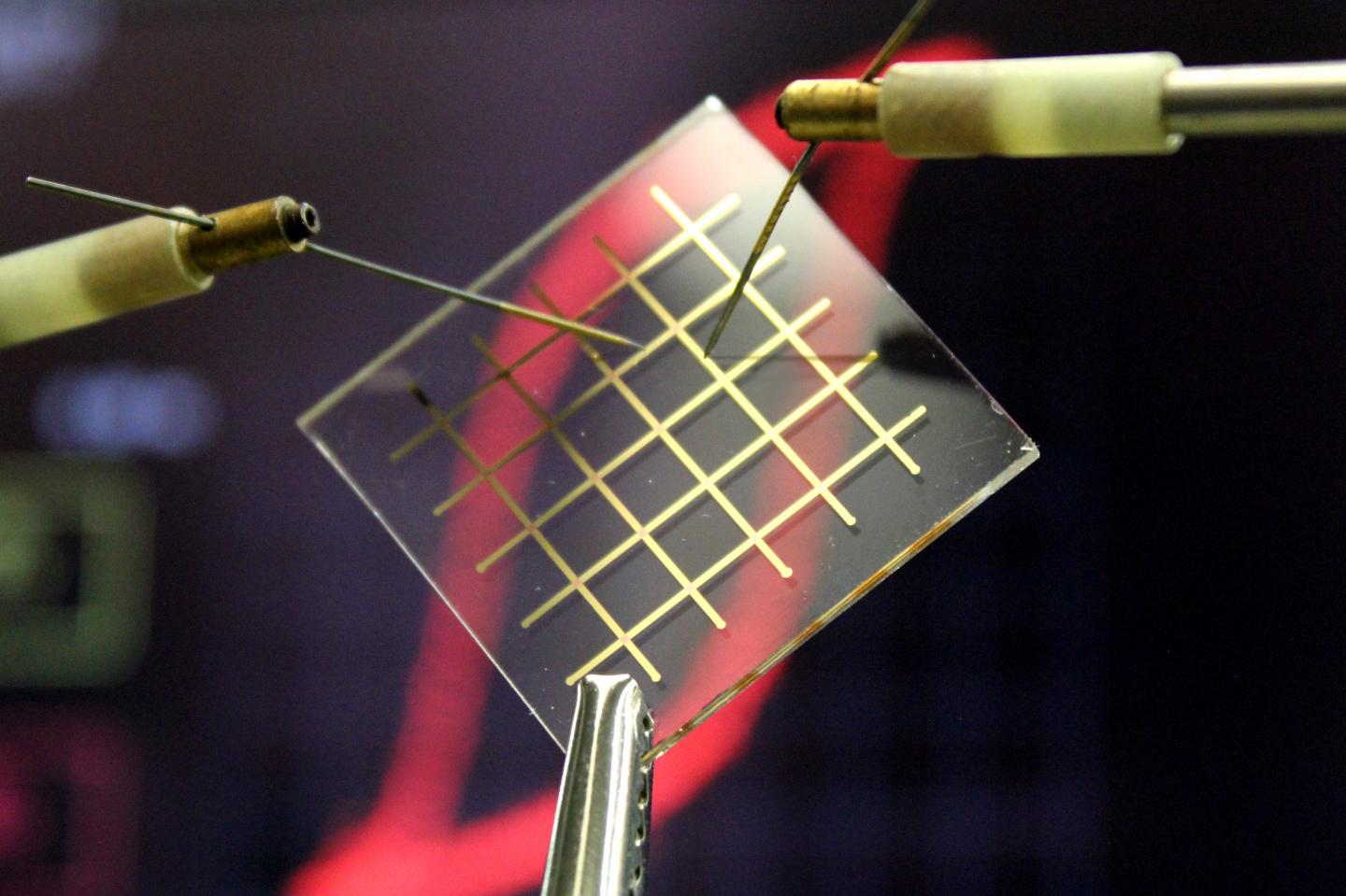 Transparent nylon could be an important building block for the development of transparent electronic circuits in the future.

As the microelectronic industry is now shifting toward wearable electronic gadgets and electronic (e-)textiles, the comprising electronic materials, such as ferroelectrics, should be integrated with our clothes. Nylons, a family of synthetic polymers, were first introduced in the 1920s' for women's stockings and are nowadays among the most widely used synthetic fibers in textiles. They consist of a long chain of repeated molecular units, i.e. polymers, where each repeat unit contains a specific arrangement of hydrogen, oxygen, and nitrogen with carbon atoms.

Besides the use in textiles, it was discovered that some nylons also exhibit so called "ferroelectric properties". This means that positive and negative electric charges can be separated and this state can be maintained. The ferroelectric materials are used in sensors, actuators, memories and energy harvesting devices. The advantage in using polymers is that they can be liquified using adequate solvents and therefore processed from solution at low cost to form flexible thin-films which are suitable for electronic devices such as capacitors, transistors and diodes. This makes ferroelectric polymers a viable choice for integration with e-textiles. Although nylon polymers have found over the years significant commercial applications in fabrics and fibers, their application in electronic devices was hindered because it was impossible to create high quality thin films of ferroelectric nylons by solution processing.

Scientists at the MPI-P, in collaboration with researchers from the Johannes Gutenberg University of Mainz and Lodz University of Technology, have now solved this forty year old problem, and developed a method to fabricate ferroelectric nylon thin-film capacitors by dissolving nylon in a mixture of trifluoroacetic acid and acetone and solidifying it again in vacuum. They were able to realize thin nylon films that are typically only a few 100 nanometers thick, several 100 times thinner than human hair. "Using this method, we have produced extremely smooth thin-films. This is very important because it prevents electrical break down of for example capacitors and destroying the electronic circuits. At the same time, the smoothness allows for having transparent thin-films and eventually transparent electronic devices," says Dr. Kamal Asadi, group leader at the MPI-P.

By using their newly developed method, the group around Kamal Asadi was able to produce high performance nylon capacitors. The scientists subjected the prototypes of the capacitors to extended stress cycles and demonstrated robustness of ferroelectric nylons under millions of operation cycles. The thin nylon films could become an important component for use in flexible electronics in the future and find applications in bendable electronic devices or for electronics in clothing. These new findings pave the way towards multi-functional fabrics that serve as cloth for covering our body and at the same time can generate electricity from our body movement.