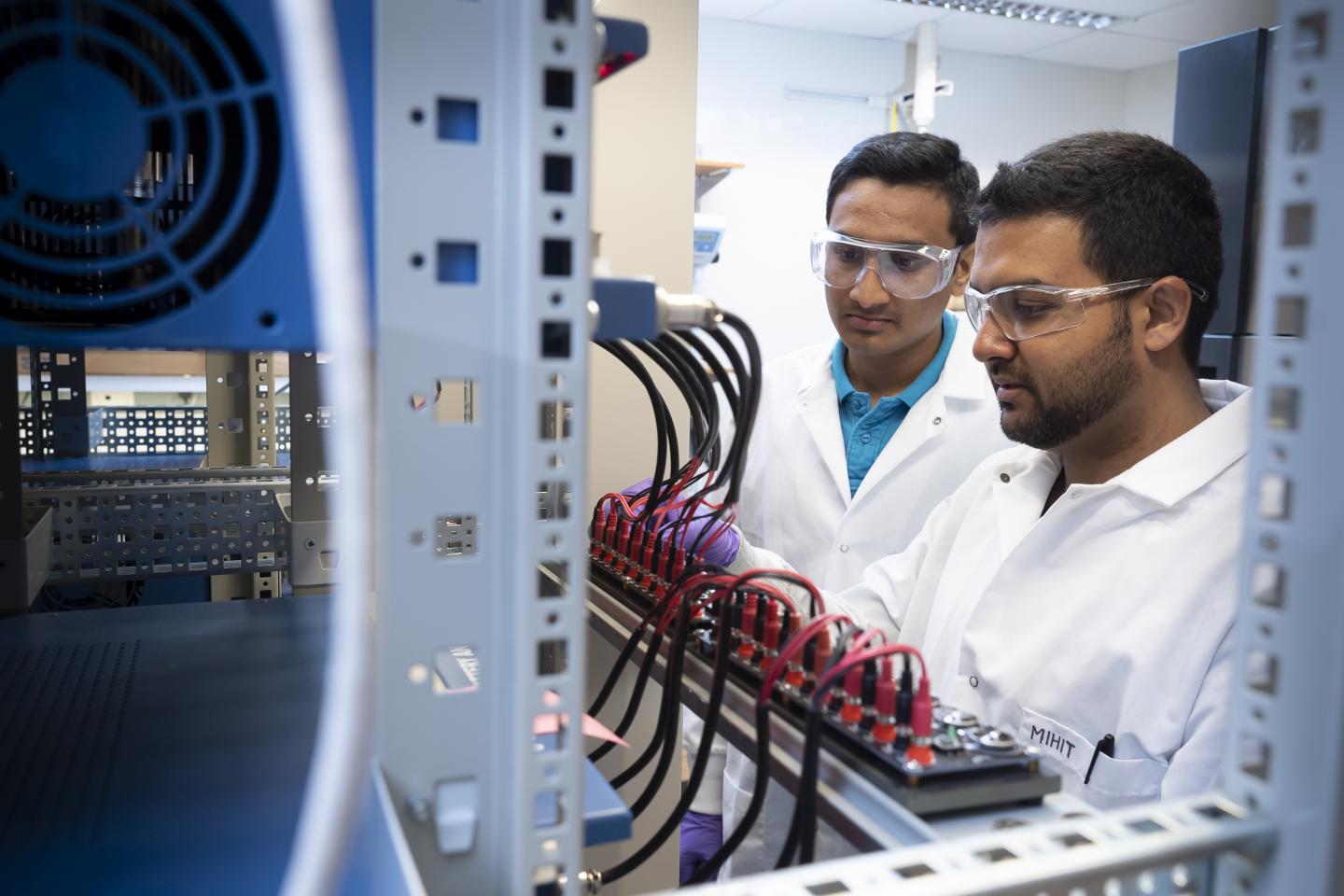 Purdue students have conducted battery safety research that industry partners and research organizations are helping to translate into the larger batteries of naval warfare.

WEST LAFAYETTE, Ind. -- Fundamental Purdue University research on making batteries safer has been targeted by the U.S. Office of Naval Research for translation into prototypes of larger batteries used in technologies such as submarines and naval missile systems.

The prototype development process, supported by a $2 million grant for three years, is a team effort across Purdue's schools of Chemical Engineering, Aeronautics and Astronautics and Mechanical Engineering, as well as two research centers in Indiana: the Naval Surface Warfare Center, Crane Division and the Battery Innovation Center. This collaboration with industry partners and research organizations feeds into a larger Purdue effort to establish an ecosystem of Indiana startups for energy storage technologies. Funds will also support Purdue initiatives to interest high school students, undergraduates, graduates, veterans and members of the U.S. Naval Academy in STEM (science, technology, engineering and mathematics) careers, particularly those in the manufacturing of batteries.

Most of today's electronics run on a lithium-ion battery, which is known to overheat as it is charged and discharged over time. Purdue researchers have already innovated several methods proven to solve these problems in small lithium-ion battery coin cells - the kind found in watches and other small gadgets. The next step is making sure that these methods are scalable and still work for the larger pouch and cylindrical batteries of electronics used in naval strategic systems, expeditionary warfare and many other military and commercial technologies.

The ultimate goal of the grant is to commercialize and work toward the adoption of such methods for making batteries safer at the small-, medium-, and micro-enterprise level for local development in Indiana. The grant also calls for incorporating these safety measures into the up-and-coming lithium-sulfur technology that could be the next generation of batteries due to their higher energy density than lithium-ion ones.

"We want to sense generated heat in advance for safer lithium-ion batteries and put these sensors into lithium-sulfur ones that we are working to make even more energy dense," said Vilas Pol, the lead principal investigator of the grant and Purdue associate professor of chemical engineering. "Both of these things together would make batteries two to three times safer than today and able to hold more charge."

Pol has worked with Vikas Tomar, Purdue professor of aeronautics and astronautics, on ways to implement both current miniature sensors and a new class of sensors they developed into industrial battery designs, preventing thermal runaway that leads to overheating and eventual failure.

One problem is that electronic circuits and sensors for heat are currently just on top of a lithium-ion battery. Pol's and Tomar's labs through past collaborations have discovered that by putting a sensor within a battery, there is an efficient way to detect heat generated on an electrode surface during charging and discharging. In an extreme scenario, this sensor technology will cut off electrical current to a battery when it detects heat that could result in a shorted circuit or explosion.

Purdue researchers in Tomar's lab have also been training sensors under intense operating conditions typical to naval and civil transportation environments using the Purdue-patented technology, Nanomechanical Raman Spectroscopy. By exposing and training a range of sensors to chemical and thermal changes under dynamic loading, batteries are less likely to overheat and fail.

As part of the commercialization and safety assessment efforts, these sensors will be implemented into bigger pouch cells tested in battery abuse facilities by James Fleetwood, director of research and development, and his group at the Battery Innovation Center, and by research engineer Thomas Adams and the Energy Systems Specialized Test and Evaluation group at the Naval Surface Warfare Center, Crane Division.

"We focus on the rapid development, testing and commercialization of safe energy storage systems for defense and commercial customers. Purdue's research shows promise for these outcomes," said Ben Wrightsman, president and CEO of the Battery Innovation Center, which is endorsed by the Indiana Economic Development Corporation for its startup creation potential and collaboration with both Indiana and global industries.

Partha Mukherjee, an associate professor in Purdue's School of Mechanical Engineering, is also developing high-throughput, physics-based computational modeling tools that can screen electrode architectures for enhanced safety and performance in lithium-ion and lithium-sulfur advanced battery chemistries. This computational effort will act as a catalyst for rapid assessment of battery safety scenarios under operational extremes as well as serve as a bridge between the two project thrust areas.

The safer sensors, as part of the Office of Naval Research grant, will be incorporated into lithium-sulfur batteries. To make these batteries hold more charge, improvements must be made to both the metallic lithium and non-conducting sulfur cathode. Lithium molecules tend to attack a "separator" in the middle of the battery as they migrate to opposite ends during repeated charging and discharging, stacking on top of each other into so-called "dendrites" that penetrate the separator connecting both terminals of the battery. Pol's lab modified the separator with inorganic and organic layers that evenly distribute lithium ions to avoid dendritic growth. With the addition of better sensors, lithium-sulfur batteries will be both safer and more energy-dense.

The collaborative effort contributes to an overarching goal of increased reliance on safer battery technologies customized for the Navy's missions and advancements. At the same time, these partnerships can lead to startups that make safer batteries and other energy storage technologies.

Recruiting a younger workforce accelerates this process. "The Navy needs this workforce to be technologically competent," said Pankaj Sharma, managing director of Purdue's Energy Center at Discovery Park. "We have many Purdue programs to inspire and train them to work in battery research and technology." 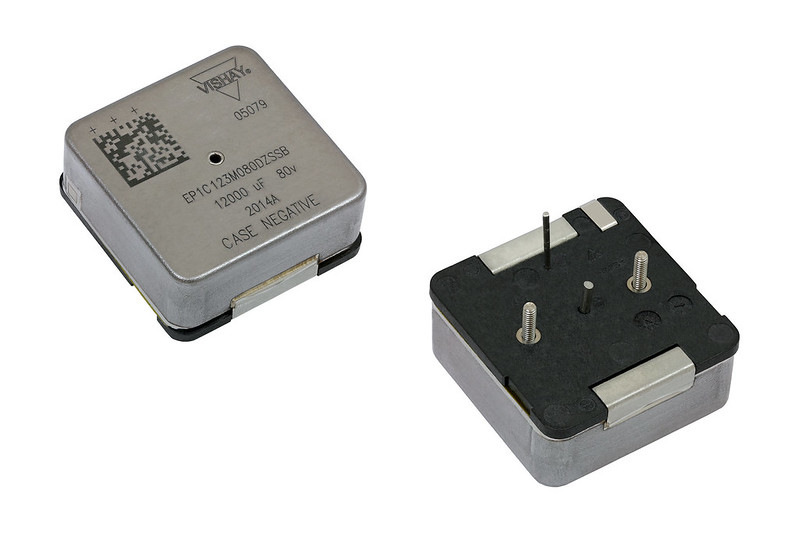