Sensing-first design is the key to future wearables

An approach key to both responsiveness and battery autonomy

Now that the first generation of mass-market consumer wearables are on the shelves, we can take a step back and analyze the issues that they have encountered and begin to architect a new generation that improves on their design.

Key issues that are apparent are the need for greater battery autonomy – consumers want designs that do not need frequent recharging. They want to be able to leave them for a few days instead of having to recharge them each evening, even if such recharging only demands that the device be left on a wireless-charging mat.

Another key requirement is that devices be responsive to users’ needs without them having to interact with the device through menus and buttons. The key to both responsiveness and battery autonomy can come through the same approach to design: one that focuses on sensing.

Even with increasing mobility, consumer electronics design has focused heavily on the compute side of the equation – using high-speed processors to deliver slick user interfaces that carry over many of the concepts developed for the desktop market. But wearables are different. They not only lack the space needed to implement those user interfaces, they lack the energy availability. A sense-first approach provides the ability to overcome both problems by moving the emphasis in design away from visual user interfaces.

The display is likely to be the most power-hungry subsystem within a wearable. Although basic, non-backlit LCDs consume relatively little energy as the battery life on older digital watches will testify, users want more attractive designs. That calls for backlit LCDs or organic LEDs, both of which massively increase the power consumption while they are active.

Some wearables forego the display in favour of using a smartphone or other mobile device as a remote interface – using a protocol such as Bluetooth Smart to relay data. Bluetooth Smart offers much better energy efficiency than previous versions of the wireless protocol but it still represents a fixed power overhead for each transaction sent to the remote device.

As the display and communications power demands when active are more or less fixed, the answer is to reduce their duty cycles to the bare minimum – use sensing to minimize the time during which they need to be active.

At a high level of abstraction, wearables tend to have the same approach: their role is to measure something, perform some computation on the measurements and then store or act on a result, perhaps sending a message to a smartphone or even triggering an actuator, which might be a vibration alarm or even a chemical dispenser in the case of medical devices (see Figure 1).

A key sensor in most wearable architectures is the accelerometer, which may sit alongside other sensors to measure body conditions such as heart rate or skin temperature. Many consumer-grade accelerometers integrate three axes of measurement into a single sensor package to save space, power and assembly cost. They consume little power so accelerometers can be used to wake other motion sensors and other subsystems within the wearable.

A number of integrated accelerometers have been designed to operate in specialized modes that save even more power by trading resolution for energy. For many small movements, the accelerometer store readings in a circular buffer but not try to wake up other systems on the basis that these readings are just the result of very small changes in body position. A larger movement that exceeds a threshold can signal a more significant change that requires examination. It might be the wearer getting up from a chair or moving their arm to examine a smart watch.

At this point, the accelerometer can begin to wake up other sensors and logic that attempt to determine the approximate nature of the movement. If it needs further examination, a low-power processor can be woken up to examine the sequence of movements to see if they fit the profile of the user beginning to interact with the device (see Figure 2). 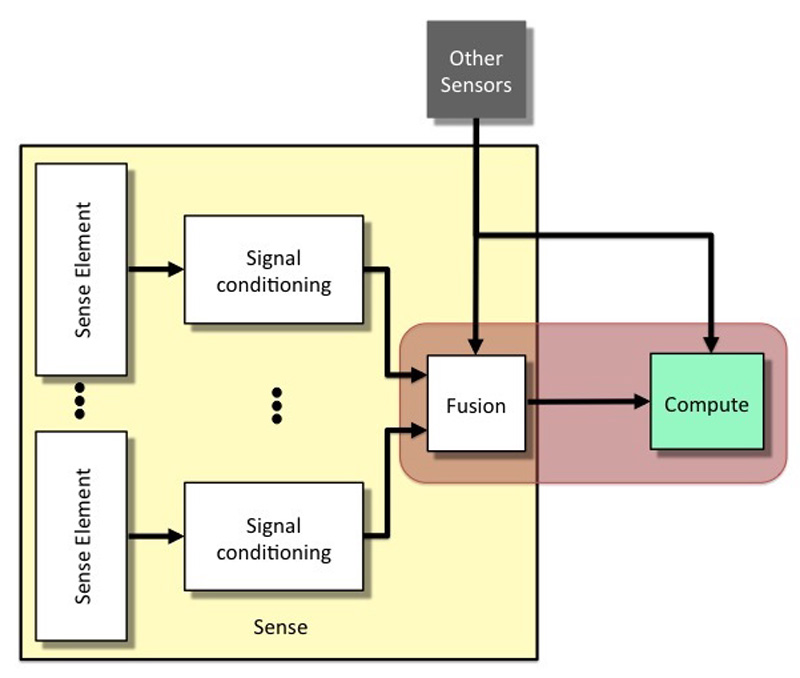 Figure 2: Sensor fusion code can be executed within some sensors or within the MCU

In this architecture, layers of sensing are deployed to gradually move the system from an ultralow power state to one ready to run sophisticated software that can interpret commands from the user. The sensors may be further employed to interpret gestures that take the place of the button presses and slides that would have been used on a mobile-phone platform. Or the software may run signal-processing algorithms to interpret spoken commands. In this way the sensing-first architecture carries through all the way to the user interface of the device.

This architecture leads to a number of key requirements for the processing subsystem. It must deliver power consumption that is as low as possible in all modes but with particular attention to the sleep states in which the device will spend much of its time – as few people spend much of their time looking at the fascia of a watch – and to the peak power consumption when intensive signal-processing software will be running albeit for brief periods. The more that can be kept under control, the greater the overall battery autonomy.

Sub-threshold and near-threshold logic help to optimize performance in both sleep and active modes. Deploying ultralow supply voltages to always-on parts of the circuit ensure that long-term energy consumption is minimal. In active mode, near-threshold logic ensures that the system can take full advantage of the power savings that are possible with low-voltage operation.

By making it possible to capitalize on the sensing-first architecture, the combination of the Cortex-M4 and sub-threshold and near-threshold operation provides the ideal platform for a new generation of wearables that deliver on the promise for greater responsiveness and battery autonomy.