Superconduction: Why Does it Have to be so Cold? 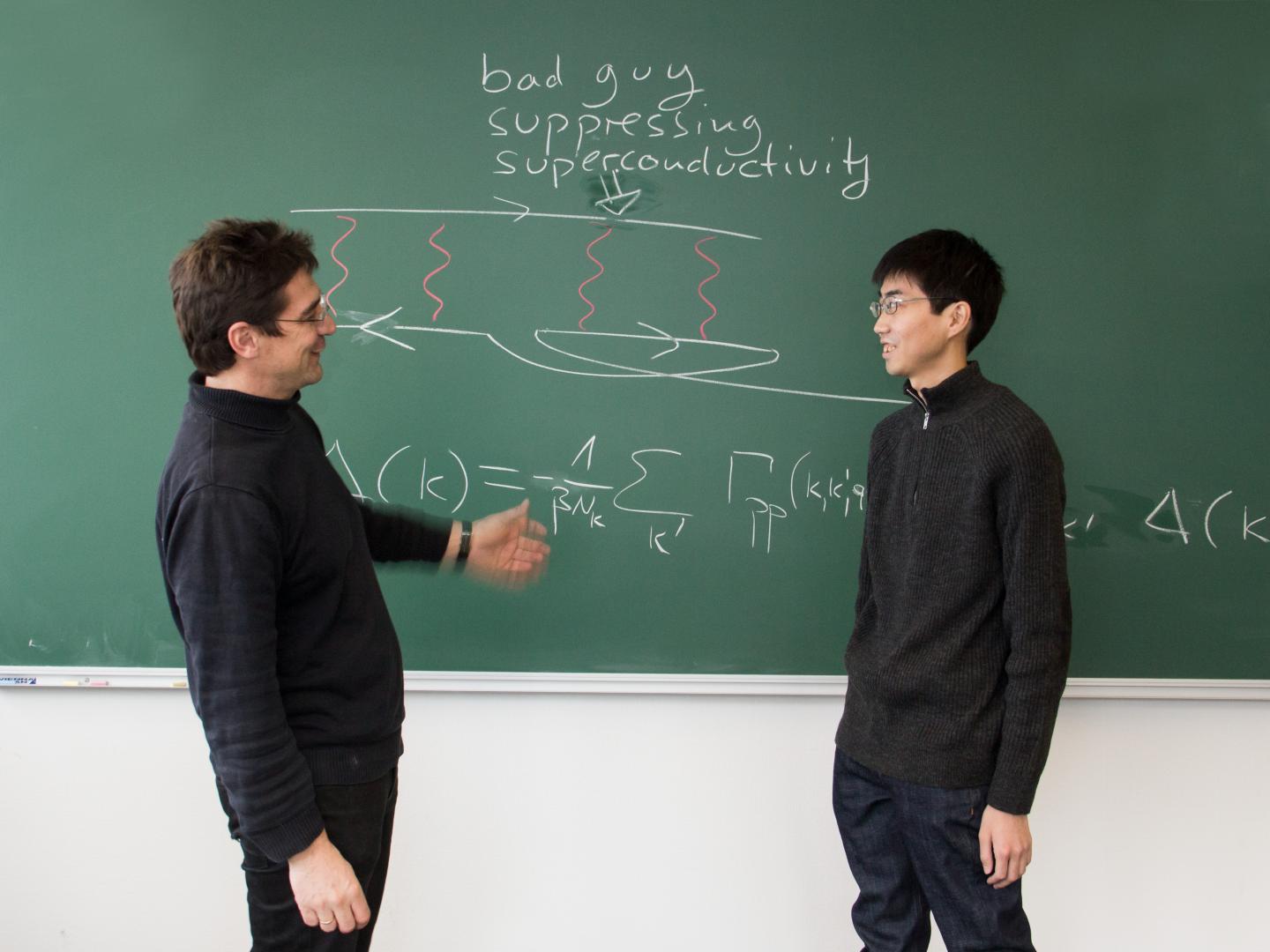 Why does it always have to be so cold? We now know of a whole range of materials that - under certain conditions - conduct electrical current entirely without resistance. We call this phenomenon superconduction. All these materials do nonetheless experience a common problem: they only become superconducting at extremely low temperatures. The search to find theoretical computational methods to represent and understand this fact has been going on for many years. As yet, no one has fully succeeded in finding the solution. However, TU Wien has now developed a new method that enables a significantly better understanding of superconduction.

"Actually, it's surprising that superconduction only occurs at extremely low temperatures," says Professor Karsten Held of the Institute of Solid State Physics at TU Wien. "When you consider the energy released by the electrons involved in superconduction, you would actually expect superconduction to be possible at much higher temperatures as well."

In response to this conundrum, he and his team set about looking for a better method of representing superconduction theoretically. Dr Motoharu Kitatani is the lead author of a new publication that brings forward significant improvements and enables a more in-depth understanding of high-temperature superconductivity.

It is not possible to understand superconduction by imagining the electrons in the material like tiny spheres following a distinct trajectory like balls on a snooker table. The only way you can explain superconduction is by applying the laws of quantum physics. "The problem is that many particles are involved in the phenomenon of superconduction, all at the same time," explains Held. "This makes the computations extremely complex."

The individual electrons in the material cannot be considered as objects that are independent of one another; they need to be treated together. Yet this task is so complex that it would not be possible to solve it accurately, even using the biggest computers in the world.

The research group at TU Wien is now presenting an addition to the existing theory that relies on a new 'Feynman diagram' calculation. Feynman diagrams - devised by Nobel prize winner Richard Feynman - are a way of representing the interactions between particles. All possible interactions - such as when particles collide, but also the emission or absorption of particles - are represented in diagrams and can be used to make very precise calculations.

Feynman developed this method for use in studying individual particles in a vacuum, however it can also be used to depict complex interactions between particles in solid objects. The problem in solid state physics is that you need to allow for a huge number of Feynman diagrams, because the interaction between the electrons is so intense. "In a method developed by Professor Toschi and myself, we no longer use the Feynman diagrams solely to depict interactions, but also use a complex, time-dependent vertex as a component," explains Held. "This vertex itself consists of an infinite number of Feynman diagrams, but using a clever trick, it can still be used for calculations on a supercomputer."

This has created an extended form of the dynamical mean-field-theory that enables a good approximation of the complex quantum interaction of the particles to be calculated. "The exciting thing in terms of physics is that we can show it is actually the time dependence of the vertex that means superconduction is only possible at low temperatures." Following a great deal of painstaking detective work, Motoharu Kitatani and Professor Held were even able to identify the orthodox Feynman diagram that shows why conventional materials only become superconducting at -200°C and not at room temperature.

In conjunction with experiments currently being carried out at the Institute of Solid State Physics in a working group headed up by Professor Barisic, the new method should make a significant contribution to the better understanding of superconduction and so enable the development of even better superconducting materials. Identifying a material that is also superconducting at room temperature would be a huge breakthrough, and would enable a whole series of revolutionary technological innovations.