The evolution of personal control

Controlling lighting in the smart home

The buzz around a concept called The Internet of Things has been around for a few years, and it’s not going away anytime soon. In fact, it might be bigger than anyone ever imagined. And all that added connectivity brings with it a great deal more control.

The industry is becoming excited about the evolution of personal control and what it means for the lighting industry. These days, we crave control of everything. How does lighting fit into the picture?

When it comes to lighting, people are accustomed to using physical switches on the wall – in short, interacting with their lights in a very manual fashion. But these days, there’s a growing expectation that our lights will be responsive to our personal presence.

We’re all familiar with occupancy sensors. But what if we can detect occupancy through mobile devices? Called geo-sensing, this technology detects your location and responds accordingly by turning the lights on or off or changing the color of the light.

There has also been a lot of work around circadian rhythms – changing the color or brightness of the light throughout the day. The theory is that lighting that’s responsive to individual needs and desires is better than lighting that’s manually controlled.

Handheld controls provide a utilitarian way to manage complex systems, even for the typical user. They’re also the standard choice for commissioning purposes and for the maintenance of things that are purpose-designed, because they allow for more careful control.

Facility management teams don’t want individual users to have the ability to change schedules and aspects of lighting that may, in many cases, be set up and configured to meet code requirements. A user might want to increase a light’s brightness, but if it changes the performance of the light such that it’s no longer code-compliant, that’s a problem.

For example, functionality to address this is available as an option on a number of Eaton’s ambient products. The Integrated Sensor Control System is optimized to meet energy codes for occupancy sensing and daylight harvesting.

The sensor system is factory-wired to the luminaire, switching on or off based on occupancy, and dimming the light when enough daylight is available, offering out-of-the-box operation using thoughtful default settings. When the application demands more, the sensor system has an optional remote control allowing changes from the default settings for occupancy, target light level, preset lighting levels, and to temporarily override automatic controls (see Figure 1). 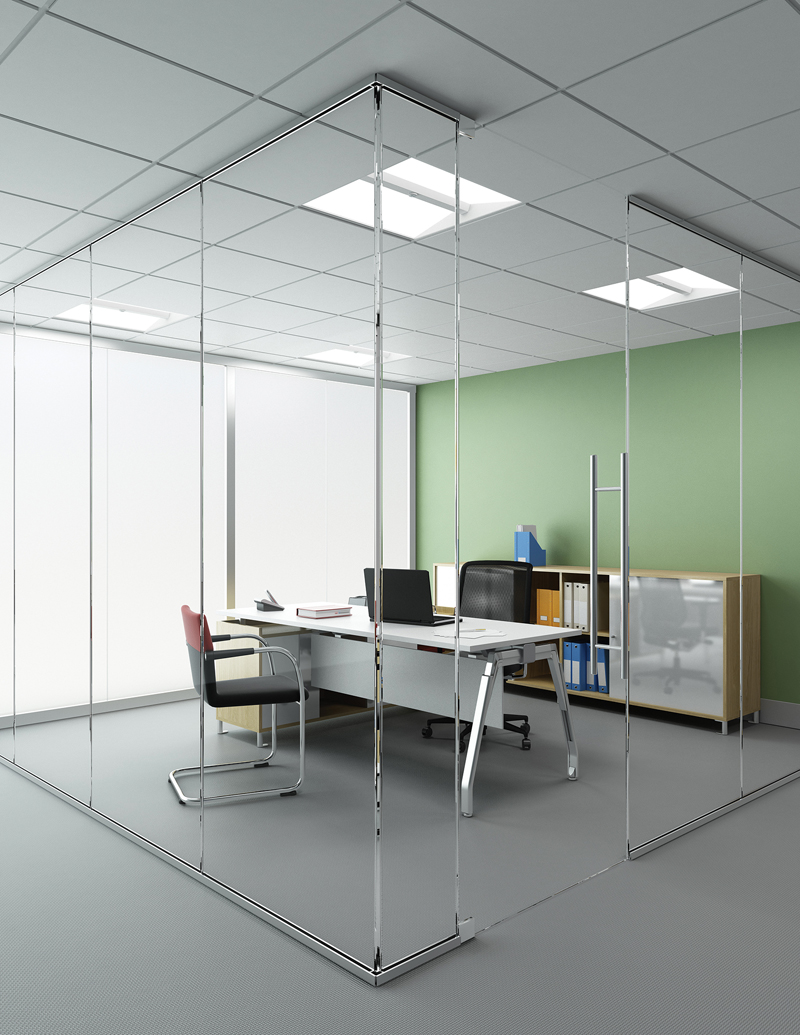 Speaking of codes, they’re a large part of our business. We develop lighting controls that allow our customers and building owners to meet codes such as California’s Title 24, which is required by California state law and requires that buildings be managed with schedules as well as occupancy and daylight detection.

Mobile apps have their own set of benefits. Most everyone has a mobile device, and these days, more controls are being built into apps that will work seamlessly with equipment. In addition, downloading app updates is much easier than making changes to physical, purpose-built remote control devices, though there are companies that specialize in that sort of thing.

Mobile devices help fight what I like to call “lost remote syndrome.” How many times have you misplaced your TV remote? The cost of app-based controls is typically more favorable, too, assuming you’ve justified the purchase cost of your smart device. Finally, apps have fewer breakable parts. Even the simplest remotes have buttons that can be damaged and require repair (see Figure 2). 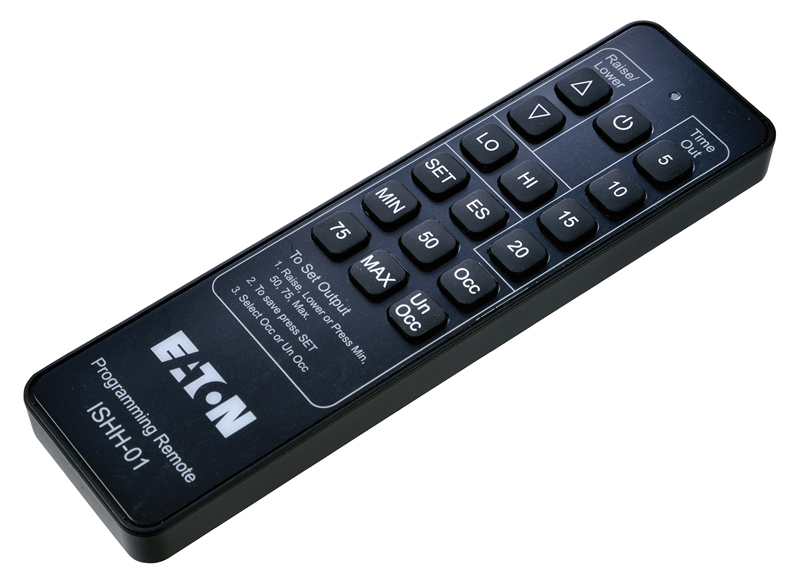 The intersection of LEDs and controls

LEDs aren’t more controllable than other sources, but the development of LED technology has afforded us the chance to build more controls into our lighting systems. LEDs use less energy, and now that the cost of controls electronics are falling, we’re more easily able to integrate LEDs with controls, creating a compelling value proposition for the user.

At the end of the day, the move just makes sense. You’re saving electrical power over the life of the product, and LEDs have a much longer life span than conventional sources. And, thanks to the falling price of silicone and LED components, LEDs with integrated control technology have become much more viable. It’s not unlike what we’ve seen with microprocessors: as scale and volume mature, manufacturers can reduce their costs, in turn reducing prices.

Today’s LEDs are also far more efficacious than their predecessors. The lumens per watt performance has grown so much that now, we can emulate a 60W bulb using just five or six watts of power – and that number will only continue to improve. Within a few years, we may get to 200 lumens per watt. If so, we’d only be expending four watts to match the performance of a traditional 60W bulb (see Figure 3). 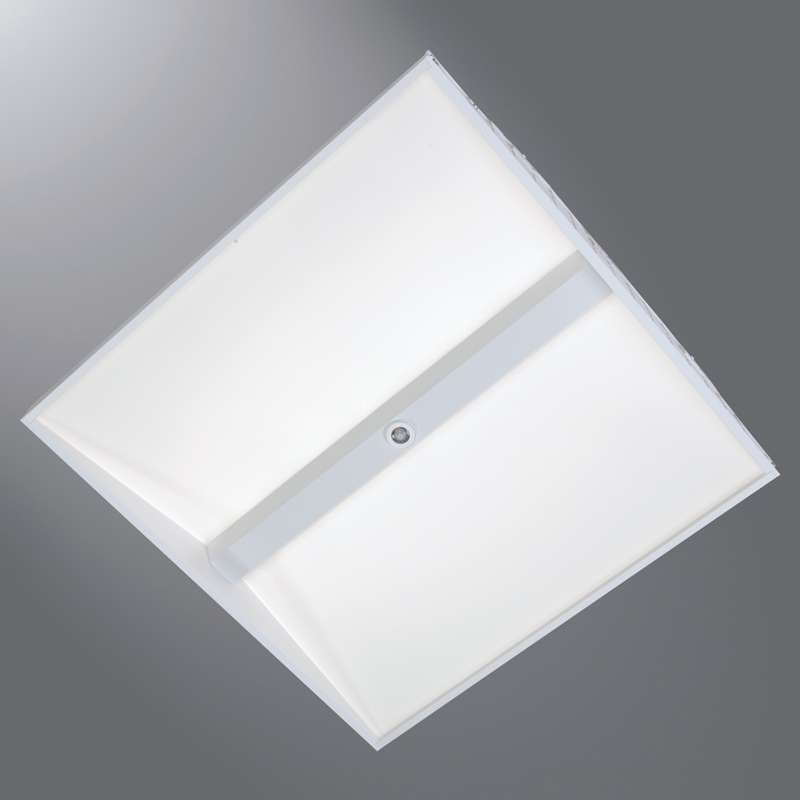 At Eaton and elsewhere across the industry, this is a big area of focus. Security is one concern. It’s important to manage who has access to information. With sensors and cameras capturing so much data, privacy is another concern. We’re committed to purpose-designing these systems such that they maintain a high degree of security, not only to prevent individual users from abusing technology, but also to prevent hackers from doing it for fun or for criminal intent.

Industry changed with the introduction of IP networks. That allowed us to connect laptops remotely. Now, we’re watching the evolution of connected lighting. We can do more than just control the lights; due to favorable economics, we can also include controls circuitry and sensor technology that can be used for things like building space utilization data. This, in turn, can lead to newer and better security systems. Is a space occupied when it shouldn’t be? Advanced controls can tell us that information.

In the past, people thought of a light fixture as something that produces light and occupies space in the ceiling. But we like to think of a light as real estate into which other things can be incorporated. Lights can detect the presence of people, which can save energy and determine whether spaces are being used efficiently.

Available as an option on a number of Eaton’s ambient products, the Integrated Sensor Control System is optimized to meet energy codes for occupancy sensing and daylight harvesting. The sensor system is factory-wired to the luminaire, switching on or off based on occupancy, and dimming the light when enough daylight is available, offering out-of-the-box operation using thoughtful default settings. When the application demands more, the sensor system has an optional remote control allowing changes from the default settings for occupancy, target light level, preset lighting levels, and to temporarily override automatic controls.

By more efficiently managing spaces, building managers can, for example, change how they run their HVAC systems to ensure they’re not heating or cooling unoccupied rooms. Some companies will use data gathered from controls systems to physically close off areas that aren’t being used, thus reducing the cost of heating, cooling and lighting in these spaces.

We can and should use today’s networks as information machines. Occupancy detection is just the beginning. We can leverage networks to detect daylight, measure air quality and even capture images for video processing. We’re spreading the Internet one light socket at a time, and we all can’t wait to see what happens next.