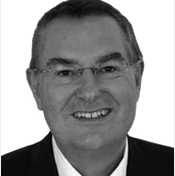 Ulrich "Uli" Altvater has more than 30 years of technology business experience in IT and wireless technologies, with a focus on developing new technologies from concept to product. He joined Voltree Power in 2011, and is currently focused on bringing the company's wireless sensor network systems to market, leveraging Voltree's patented bio-energy harvesting technology. Uli started his career as an IBM software developer in Germany. He then founded and ran three successful technology businesses in Germany that designed hardware and software systems for the Air Force and Navy (Altvater & Schreiber GmbH), pioneered integrated software systems for networks (Altvater GmbH), and more recently established the first German wireless Internet access technology company (WIMAN Systems Inc.). In 1996, Uli invented the wireless mesh network, and today holds seven related patents across the US and Europe. Since 1996, he has focused his career on the advancement of wireless technologies. In 2004, Uli moved to the United States, and has worked as a top executive for TRIMAX Wireless where he designed and implemented large-scale wireless platforms, hybrid wireless networking systems, and the Smart Grid Platform for the power industry, respectively. Uli is a member of IEEE, Communication Society and Power and Energy Society. He received a Master of Science in Business Administration, with a concentration in manufacturing and IT, from Heilbronn University, Germany. www.voltreepower.com