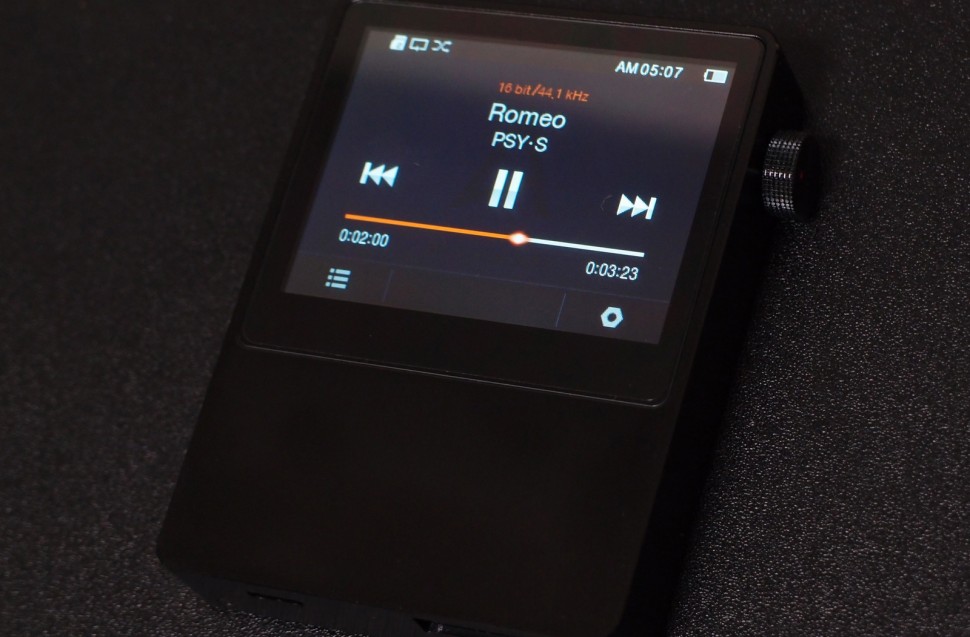 Wolfson Microelectronics plc has announced that its WM8740 high performance digital to analogue converter (DAC) and its WM8804 S/PDIF (Sony/Philips Digital Interface Format) audio transceiver provide outstanding high fidelity (hi-fi) audio for iriver's best-selling Astell&Kern AK100 Portable Audio System, which delivers the ultimate hi-fi audio experience in your pocket. The Astell&Kern provides 24-bit 192kHz high resolution lossless sound in a portable digital music player, capable of playing Mastering Quality Sound (MQS) files as well as many other lossless audio file formats including Ogg, FlAC, WAV, WMA, APE and MP3 files. MQS files are used during the mastering process in recording studios and contain more than 6 times more information than compact discs (CDs) resulting in a more original, precise and enhanced sound. As one of the world's highest performing DACs, the WM8740 ensures that the audio quality of the Astell&Kern is as rich and warm as possible and that music is heard how the producer intended, while the WM8804 audio transceiver helps suppress any timing issues on the audio signal and removes any unwanted audio distortion at frequencies above 100Hz. Mike Hickey, CEO of Wolfson, said: "The WM8740 typically features in premier hi-fi equipment and home theatre systems, and we are delighted that our high performing DAC has now been integrated into iriver's Astell&Kern Portable Audio System, alongside our high performance WM8804 S/PDIF audio transceiver, to provide consumers with an outstanding hi-fi audio experience in a small portable device." Henry Park, CEO of iriver, said: "We adopted Wolfson's WM8740 DAC for the Astell&Kern as we recognised its reputation for featuring in some of the world's best high-end audio equipment. Its high signal-to-noise ratio (SNR) and low total harmonic distortion (THD), combined with the benefits of Wolfson's WM8804 audio transceiver, ensures that the Astell&Kern provides the best possible audio clarity that cannot be heard through a standard CD." In addition to providing an outstanding hi-fi audio experience, the Astell&Kern can offer up to 96GB of total memory, a unique user interface with a combination of an integrated 2.4 inch touchscreen and control buttons, and a hand-crafted aluminium body. Astell&Kern Wolfson Microelectronics