Batteries Can Spark Problems, Right Chemistry is the Answer

Batteries in Samsung’s Galaxy Note 7 experienced overheating ultimately linked to a battery defect. The resulting fires and explosions sparked two recalls and cost Samsung at least $5 billion. Because of the safety issues, the Note 7 was even banned on all U.S. flights.

Prioritizing safety as much as performance and building both into every aspect of systems design helps mitigate failures like these that can cost money and even lives. Saft’s Xcelion batteries, using a proprietary Super-Phosphate chemistry, include inherent safety mechanisms that make them perfect for high-performance applications requiring higher levels of safety.

The marine, space and military industries are in­creasingly using Li-ion battery technology to meet high-perfor­mance demands. Lithium-ion is rechargeable and provides more energy per volume than many other electrochemistries and operates at higher voltages to maximize power-to-weight ratio and performance.

However, Li-ion can also be less tolerant of extreme temperatures, overcharge, mechanical shock and vibration, and physical damage such as penetration and failure modes. The industry is pushing to higher energy densities, and the batteries are becoming more reactive with a flaw or when subjected to abusive conditions.

Using layered oxide cathode materials helps boost energy storage but makes the cell less stable in the charged state. Plus, as they decompose, these materials release oxygen that can fuel additional fires from full thermal runaway. Such a runaway also results in the release of large volumes of toxic gas that can quickly fill a confined space.

On the other hand, iron phosphate-based lithium-ion cells include non-reactive positive active materials; no O2 release and no excess lithium. During an abuse event, lower cell temperature and exhaust gas mitigate cell-to-cell propagation, and the low­er volume of gas released at a slower rate means much less hazard potential. A lithium-ion battery designed with iron phos­phate-based cathode material is far less likely to propagate, even in an extreme abuse situation.

Precise electrochemistry is critical to the high level of safety in Saft’s Xcelion product line. Designers have consid­ered how to mitigate risk for the user and platform, accounting for the worst possible failure regardless of its probability.

Saft developed Super-Phosphate to offer a more abuse-tolerant technol­ogy that retains many of the benefits of other Li-ion technologies. The re­chargeable batteries use lithium-iron phosphate as the cathode material. This low-cost, naturally-occurring mineral offers excellent thermal stability, very fast charge times and longer cycle life than traditional Lith­ium-ion batteries.

The Super-Phosphate Lithium-ion chemistry delivers exceptional pow­er and energy while reducing the energy released during field abuses such as overcharge, me­chanical shock and vibration, as well as external short-circuit, crushing, penetration and more.

When choosing the system architecture for a large lithium-ion battery, system safety, reliability, and availability are prime con­siderations. For any given energy requirement, the capacity of the cell to be used determines the quantity of cells, while the desired system voltage determines the number of cells to be placed in series. The system designer still has many choices in arranging cells, monitoring electronics and controls.

System architecture should protect against the failure of each cell; the design must allow for control of back-charging or cir­culating currents. For example, if two sets of cells are placed in series and the strands are connected in parallel without controls, discharge of some cells in one strand due to self-dis­charge, electronics failure, a foreign object, or moisture will re­sult in the overcharge of the remaining cells in that strand. The design must control the charge current through each strand of cells to prevent overcharge.

Saft’s system architecture monitors for overcharge using a re­dundant sensing method for each cell, communicated over a physical communications link. Each device uses different tech­nology for sensing and communication, further reducing the likelihood that a common failure mode would affect both cells. If either monitoring circuit detects a dangerously high cell volt­age, it blocks the charge of that cell.

Designers can worsen the effects of cell failure by connecting cells in parallel before placing them in a series or using a se­ries-parallel matrix with connections both ways. In both cas­es, a short circuit at one cell—caused by internal short, local heating, crush or penetration—results in the parallel-connect­ed cells delivering power into the short. This can increase the energy released in the failure, exacerbating the reaction.

Saft’s architecture prevents this problem by placing single cells in series, managing the currents of each series strand to prevent contributing to cell failures or exacerbating failure effects. Saft’s approach has successfully demonstrated propagation prevention in numerous batteries by designing to manage vent gasses and thermal characteristics of the vent gasses.

The Xcelion’s integral Battery Management System (BMS) mon­itors and ensures battery performance and safety. The BMS allows the user to perform diagnostics to prevent a potentially catastrophic event. Although the terms “energy storage sys­tem” and “battery” are often used interchangeably, they are not always the same.

The best way to define an energy storage system is to look at typical design considerations. Saft develops energy storage systems with sophisticated software and electronics that com­municate factors such as state-of-charge, state-of-health and other conditions to the platform, while also performing thermal management to regulate the system and ensure proper func­tioning.

The Xcelion 6T uses a Controller Area Network (CAN) interface to communicate between user and battery. The user can prevent catastrophic events by placing the battery into storage or disabled modes to ensure the battery is safe in any condition. In storage mode, the Xcelion 6T uses the lowest electronics power, it can’t discharge or charge, its CAN Communications are turned off and the user can clear certain battery faults. In disabled mode, the battery can communicate, but battery discharge/charge are unavailable. After an hour, the battery reverts to storage mode. If the fault condition clears, the battery will return to enabled mode automatically.

The Xcelion 6T has more unique smart features ideal for military uses. A battle override setting allows the battery to discharge even when normal conditions would prevent it. If the user is driving a military vehicle and a threat arises, the battery will still perform. The battery’s arctic heat mode enables it to self-power heaters and heat its cells to allow for full battery power at extremely low temperatures.

Xcelion’s reserve protect command can limit its discharge, ensuring there will always be enough capacity to start a vehicle engine. And a generator control feature, part of a smart voltage regulator system, can communicate with a connected generator to send voltage set-point commands based on state of charge, temperature and real-time charge rate. This battery-to-generator control loop most efficiently charges the battery to preserve life and performance.

All these features come with improved performance in the Xcelion 6T. It delivers capacity and output surpassing that of two lead-acid batteries at one-quarter of the weight. The battery offers gains in energy and cost efficiencies, performance, safety and environmental responsibility. In fact, where two lead-acid batteries are required, one Xcelion 6T battery can seamlessly drop into place.

The battery is designed to withstand extreme conditions including shock and vibration, sand, dust, altitude and electromagnetic interference, all while maintaining its superior performance. It offers 14 times the life cycle of traditional lead-acid batteries, meaning it is capable of many more charge-discharge cycles. It charges faster than lead-acid batteries and can even connect in parallel to other Xcelion 6T batteries—up to six can be connected—if more power is needed. It is designed for constant voltage or constant current charging, and the generator control feature means it can charge at the most optimal rate. 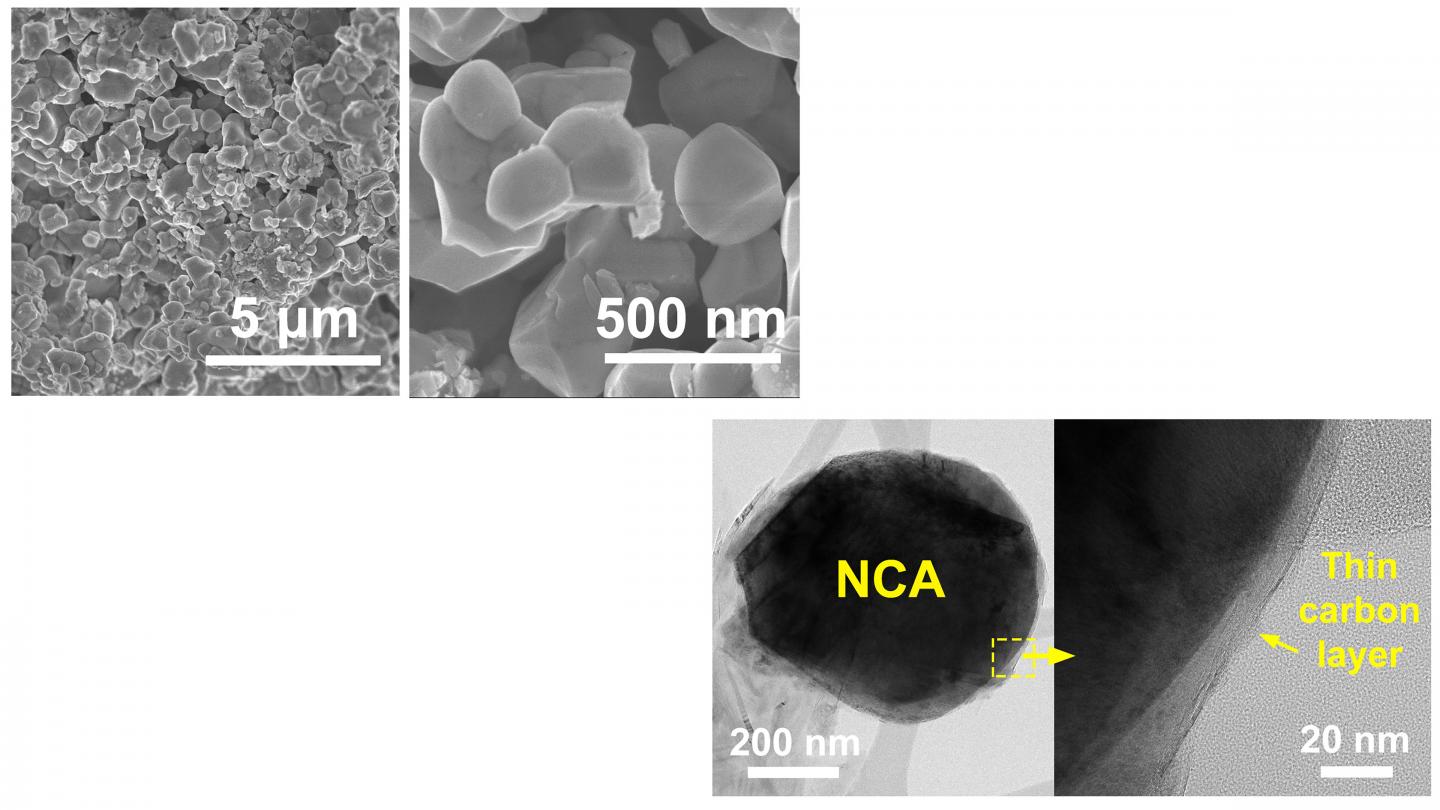