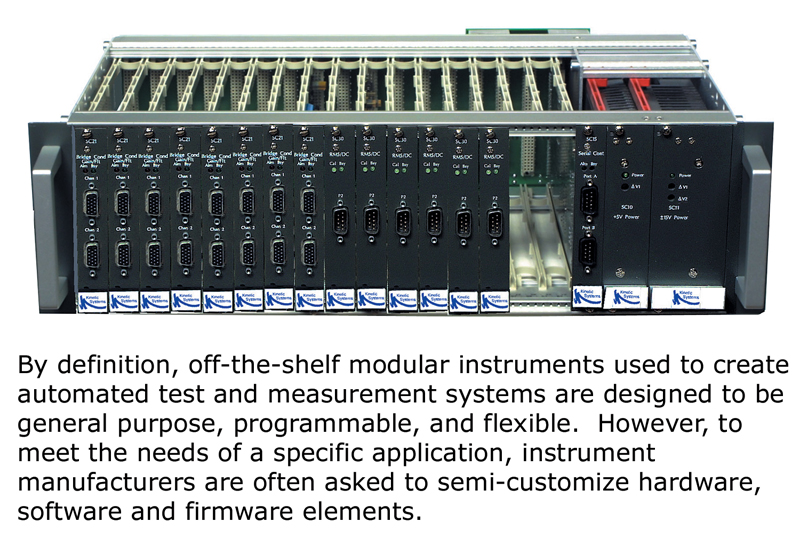 By definition, the off-the-shelf modular instruments (VME, PXI, VXI, CompactPCI, PCI, etc.) used to create automated test and measurement systems are designed to be general purpose, programmable, and flexible enough to handle a variety of input ranges and types, speeds, and functions. At first blush, these modular off-the-shelf instruments may seem ready-to-go for instrument manufacturers or test system designers' needs. However, 100 percent COTS are generally inadequate for complex, commercialized measurement systems. Often these instruments, built into systems within a chassis or PC, are used to build systems that are utilized in a laboratory or R & D environment, with techniques or information that was not previously available. "We build flexibility into our cards so they can deal with multiple conditions," says Steve Krebs, of KineticSystems, a company that offers a wide selection of CompactPCI/PXI and VXI data acquisition (DAQ) modules for test and measurement applications. "For instance, we have multiple inputs ranges on our cards. But we can't anticipate everything, particularly in cutting edge applications, so that's where customization still enters into the equation." Although nearly 90 percent of the company's revenue comes from off-the-shelf module sales, Krebs notes than an increasing number of customers require some level of hardware, software or firmware modifications to fit the application. "With modular instruments there is this idea that you can buy different pieces from Vendor A, B and C and stick them together in a system and that'll be it," says Krebs. "But once you put these modules together in a chassis, there can be issues with interoperability, input ranges, synchronization, signal amplitude or conditioning, and other performance characteristics." Although some customization can be handled by the customer's engineering staff, modifications can be a time-consuming, expensive activity that consume resources and detract from a company's core activity. As a result, it behooves manufacturers to partner with instrument providers willing to semi-customize COTS products. Unfortunately, the high volume manufacturers are often only interested in providing off-the-shelf products and are ill equipped or unwilling to provide semi-customized products. "The large instrument manufacturers claim to do it all," says Krebs. "But if you need customization they often refer you to third party integrators or channel partners and the way these parties generate revenue is to charge significantly for it." According to Krebs, smaller instrument manufacturers such as KineticSystems are typically more willing - often free of charge or at nominal cost - to provide semi-custom solutions along with its portfolio of off-the-shelf products. PXI System for Automotive Component Testing Application KineticSystems recently completed work for an automotive component testing application (CTS Automotive). The system was for an automotive component level development and testing division of a large company that supplies products to many different industries. The project involved an upgrade of the company's current data acquisition system for testing component level assemblies for automobiles, in this case accelerator pedals. The customer required a COTS solution to replace existing instrumentation for lower cost and same performance as its existing system. The ATE system was to be installed in multiple plants throughout the United States, and later fully standardized for export to other countries, including China. The testing process involves temperature controlled test chambers to simulate the worst case component environments. The accelerator pedals are mechanically cycled 24 hours a day for up to several months while the data acquisition system records the position and monitors the motion profile to ensure the pedal is performing as designed. In some instances, stress is also measured on the component under test. The original ATE system developed for this purpose as a custom solution was a proprietary non-standards based system no longer supported by its manufacturer. Later, the system was updated with VXI components from KineticSystems, but was still largely proprietary. "Every time they purchased a new system they made incremental improvements, but never came up with a standardized solution they could easily duplicate," says Krebs. "Now they were interested in a more economical solution that took less real estate and that they could standardize on globally." 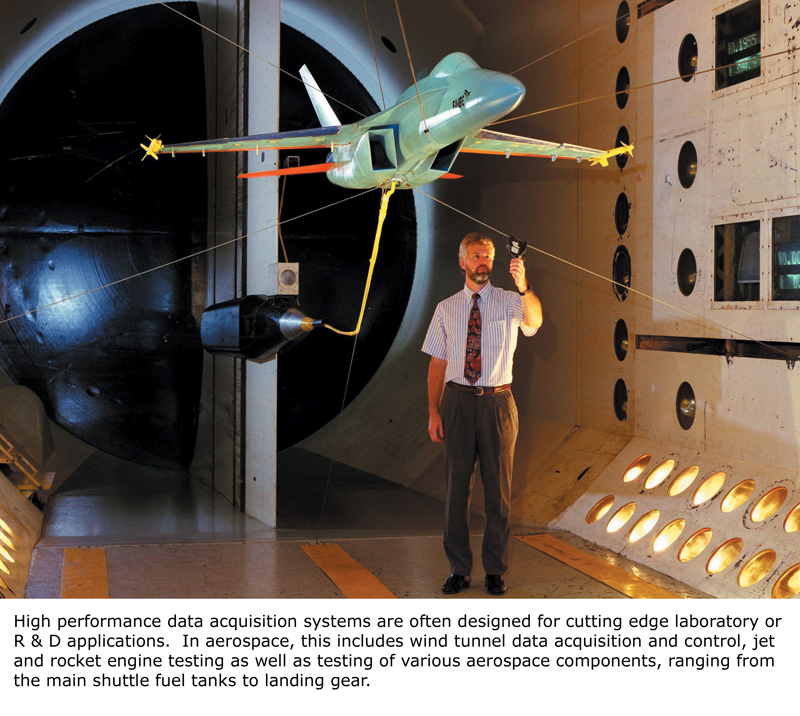