In the input/output circuits of power electronics, filtering is required to achieve the necessary power quality and EMC performance.

TDK has developed new series of EPCOS AC filter capacitors that feature a high degree of reliability and long service life. This article will look at the new features in the range and how they improve on the previous generation of devices.

AC filter capacitors are supplied with very high power ratings. According to the IEC-61071 standard for capacitors in power electronics, a safety device is mandatory for power capacitors, which activates the capacitors in the event of a fault. Previously, internal connection wires of the winding tended to be used as the safety device, which featured a defined notch, also known as the breakaway quick-closing device. In the event of a short circuit or extreme overload of the capacitor, the pressure inside of capacitor increases, the groove expands, and the connection wire tears at the notched point. Figure 1 illustrates the principle.

The connection wire is soldered to the screw terminal connection. This is however associated with several disadvantages, as the soldering process can result in discoloration of connections (oxidation) and peeling of paint. Furthermore, in adverse conditions, liquid resin which leaks out of the capacitor can damage other electronic components. This design has also the disadvantage that it is sensitive to vibrations. In the event of a more severe mechanical impact, the phase connection wire can be disconnected (figure 1) damaging the capacitor completely. That happens mainly in applications such as in machines with strong vibrations, such as compressors and wind generators or during transport, whereby the respective phase is interrupted stopping the flow of electrical current leaving capacitor out of operation. 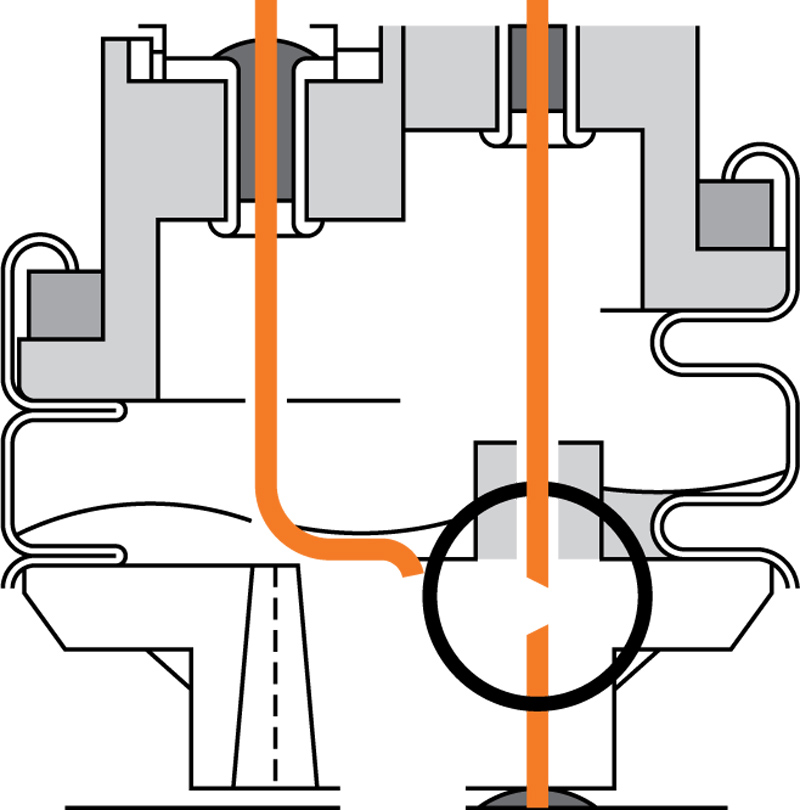 Figure 1: In the event of an overload the groove expands and the notched point of the connection wire tears

Increased safety thanks to solderless connection

TDK has now developed a new, more reliable safety device, which is to be used by AC filter capacitors of the new EPCOS MKD-AC series B3237* (upgrade of old series EPCOS MKP-AC B3236*). Solid screw connections are used here, through which the soldered connection wire is no longer routed. During normal operation, the screw connections press on their bottom side on the copper strips, which contact the capacitor windings. If the capacitor is now damaged, the cover is lifted with the screw connections (homogenous horizontal force) and the contact to the copper strips is interrupted, which ultimately activates the safety device of the capacitor. In addition to preceding soldering techniques with all its disadvantages, this design results in considerably increased mechanical robustness against vibration. Figure 2 illustrates the principle. 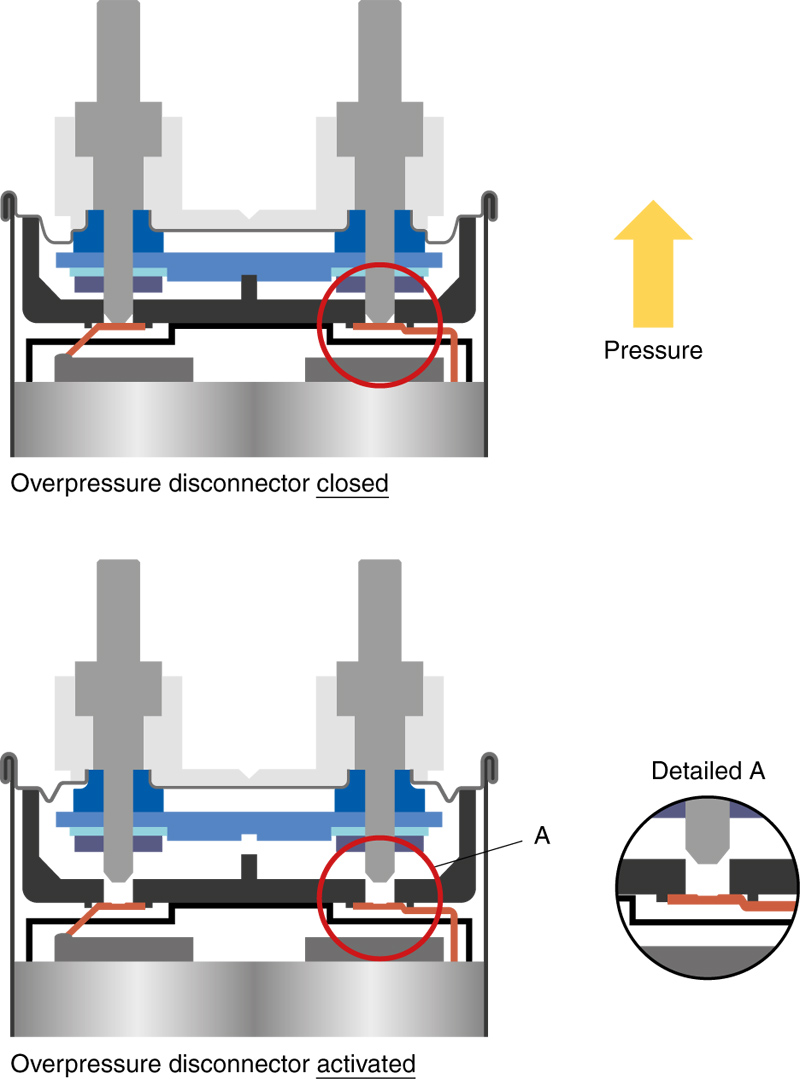 Figure 2: Thanks to the safety device design, the soldering process of connection wires is now a thing of the past. Furthermore, this results in improved reliability

Another critical point is the service life of capacitors with the standard safety device design. The lifetime estimations show the standard expected lifetime of 100,000 hours at +85 °C hotspot based on endurance test results performed according to IEC61071 standard. The service life of the metalized film essentially depends on the rated voltage and hotspot temperature (Ths) during operation, as it is shown in figure 3. 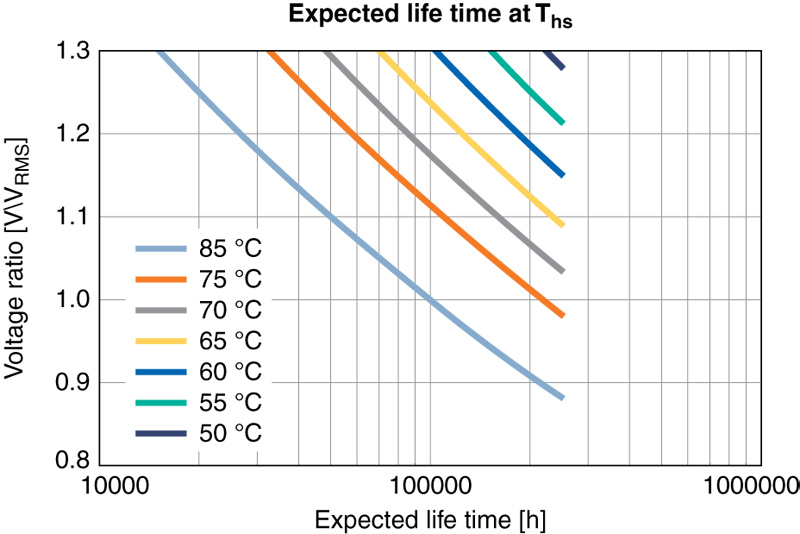 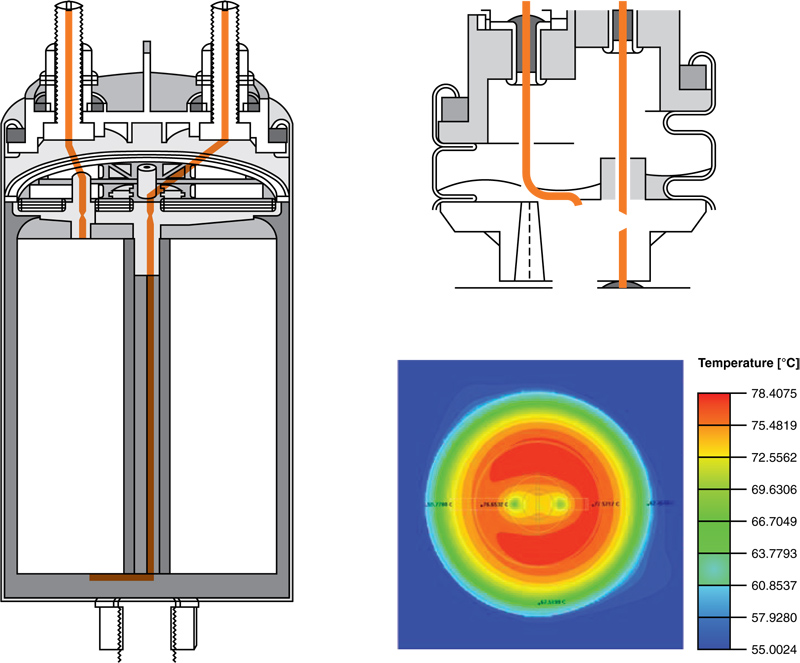 TDK Electronics has therefore significantly improved the design of its Filter capacitor upgrading the old series MKP-AC B3236 to the new series MKD-AC B3237*. Instead of round wires, flat copper cables with a lower resistance are used, which reduces heat generation.

Furthermore, these flat cables are fitted outside the winding and therefore offer good thermal coupling to the aluminium can of the capacitor, which results in better heat dissipation. As such, the newly designed capacitors have a service life of at least 100,000 hours during operation with rated voltage at maximum hotspot temperature. Figure 5 illustrates the design principle. 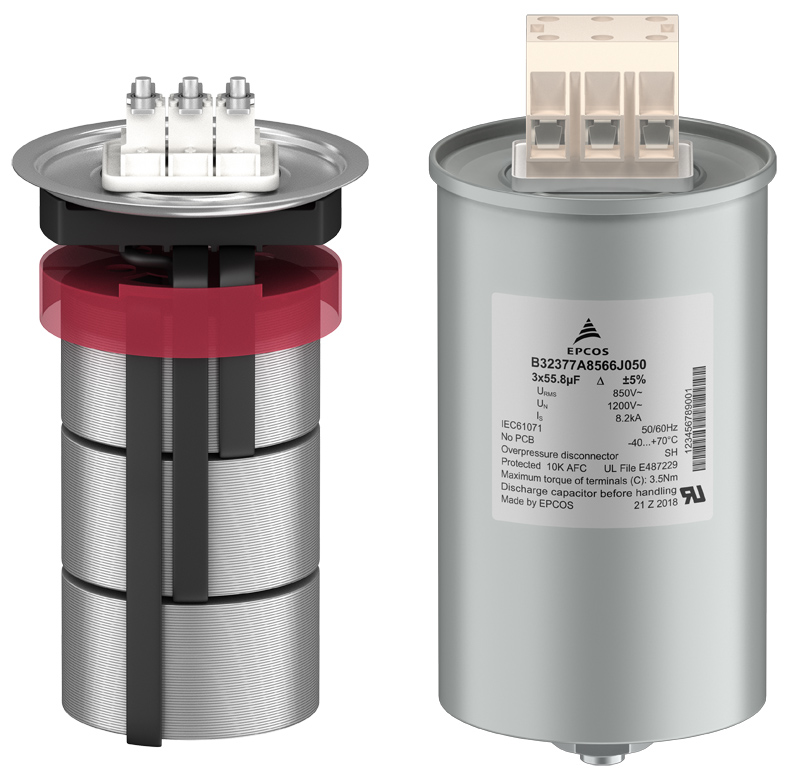 Figure 5: By using copper strips with low resistance, which have good thermal coupling to the capacitor can, heat dissipation is improved which increases the service life of the capacitor

Space-saving due to 3-phase design

Powerful converters for drives or photovoltaic and wind energy power plants are built in a 3-phase design in today’s industry. Many manufacturers of power electronics continue to use three single capacitors for input/output filtering.. 3-phase filter capacitors do however offer a number of advantages:

One specific example is: One 3-phase EPCOS MKD-AC capacitor B32377A3107J030 can replace three units of single phase capacitors (B32373A3107J030) for a three-phase electrical load and in doing so, achieves the same electric strength and capacitance needed. 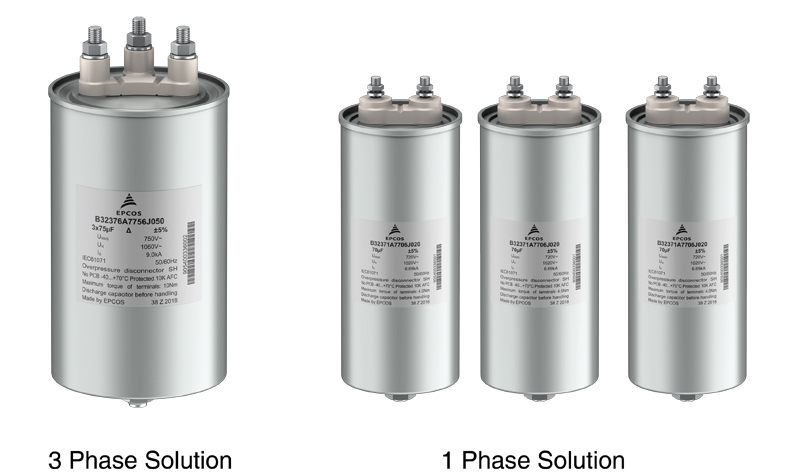 The benefits of one 3-phase filter capacitor compared to three units of single-phase capacitor solution at a glance: 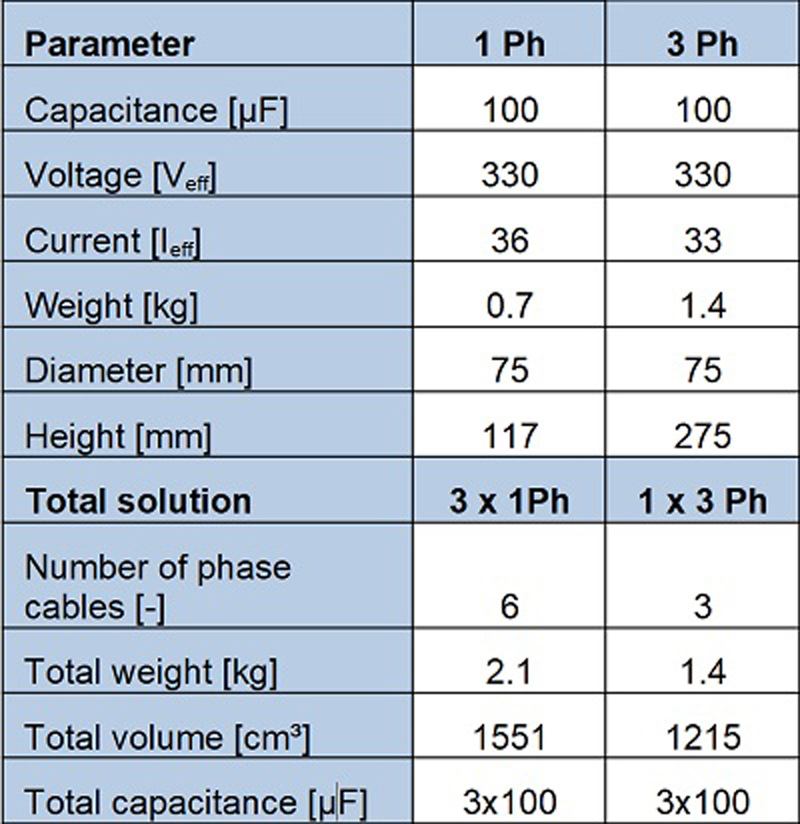 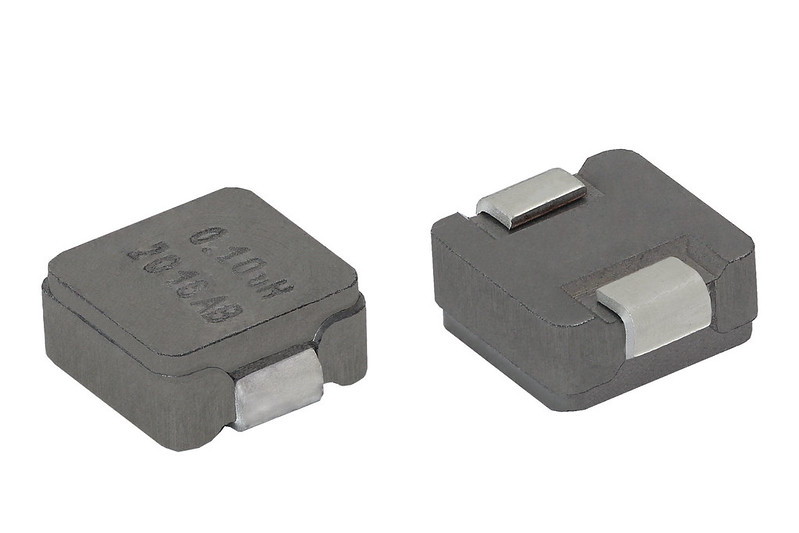