EV technology has come a long way, but faster adoption is dependent on overcoming several challenges…. 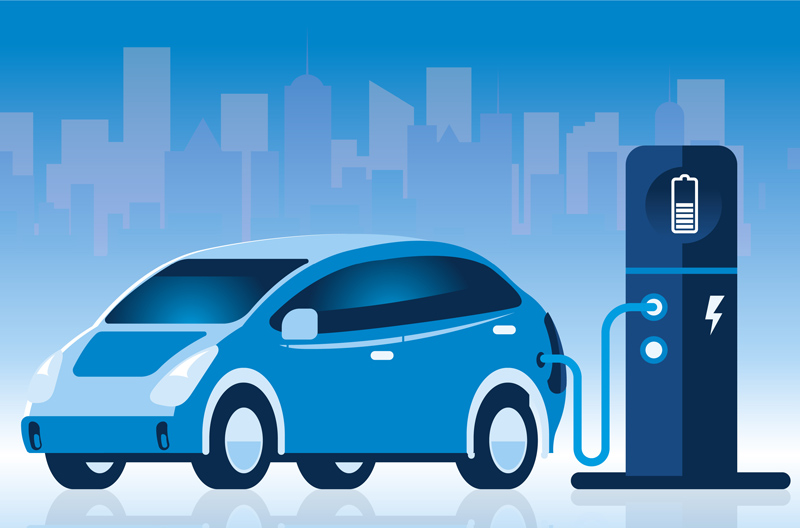 Dwindling oil reserves, rising pollution levels and the increasing threat from global warming have made e-mobility an urgent area of focus for most governments. A recent report from the Committee on Climate suggests that to achieve net zero greenhouse gas emissions by 2050, all new vehicles produced must be purely battery-run (not even hybrid) by 2035 at the very latest. Major European and Asian countries have already announced a ban on the use of internal combustion engines in new vehicles (both petrol and diesel) by 2030.

Some governments are trying to lead by example by setting up collaboration platforms for spreading awareness of e-mobility and also accelerating development of e-mobility solutions. The Katowice partnership for e-mobility (between the UK and Poland) is one such initiative. The European Commission (EC) also announced standardization norms for charging interfaces within the framework of Directive 98/34/EC22. This is to ensure interoperability and connectivity between the electricity supply point and the charger of the electric vehicle (EV).

EV adoption is strongly influenced by the advent of more effective battery technology. Today most EVs are powered by Li-ion batteries. These are comparatively lightweight, energy-dense and capable of being recharged many times. Fundamentally, Li-ion batteries are characterized as energy storage systems that rely on insertion reactions from both electrodes, where lithium ions act as the charge carrier. The battery cell chemistries are constantly evolving – as better formulations (using different materials) are discovered. These are helping to set new benchmarks in terms of achieving greater scalability, higher density, faster charging capabilities and operational longevity. Researchers from universities, battery manufacturers and automobile makers are constantly trying to find the optimum combination of negative and positive electrode materials to make a lightweight, cost-effective, high-capacity battery.

Swiss start up Innolith claims to have conceptualized a high-density Li-ion battery that will enable EVs to run for 1,000km in a single charge. The current batteries employed by most OEMs support a range of about 530km at best. Innolith’s design is primarily based on the replacement of organic solvents (which are inherently flammable) with an inorganic substance that is less flammable and considerably more stable. Organic materials are highly reactive and, over time, this makes the batteries ineffective. With non-organic salt-like materials, the system is able to pack in a lot more energy without becoming unstable. The company plans to bring this technology to market with its initial pilot production in Germany. However, licensing and commercialization seem out of reach for the next couple of years. 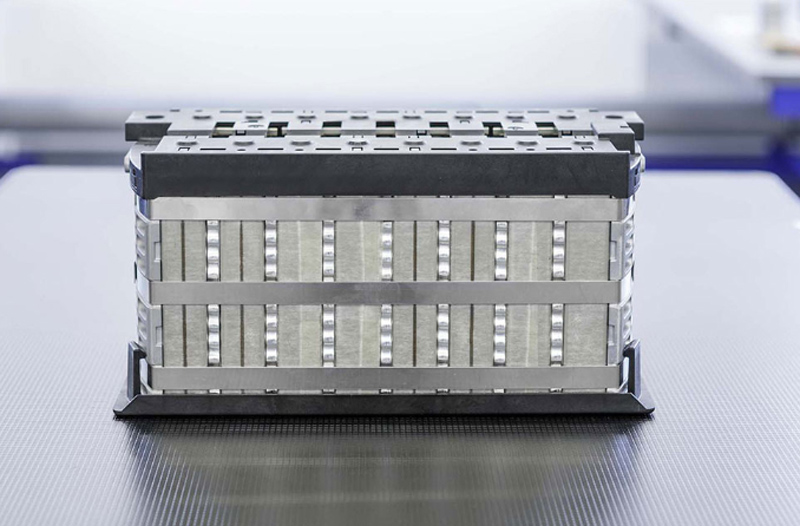 While the above concept is based on replacement of solvents, some researchers are exploring the possibility of replacing graphite in the anode with a semiconductor material – namely silicon. Compared to the standard graphite anode, silicon can bond 25 times more with Li-ions, increasing the battery density by 30% or even more. Current battery designs contain just 1 to 5% silicon. Since silicon has great potential as anode material, manufacturers are racing to use more of it in the construction of their batteries. The only disadvantage is, as silicon holds up the Li-ion, the volume of the anode expands, and when energy is consumed it shrinks, leading to a degradation of the battery. Material scientists are working on mechanisms for overcoming this issue, and some of the innovations in silicon-based anodes are already finding their way onto the market. The solutions are tested and proven for high-energy density, ultra-fast charging and wide temperature tolerance. With such batteries, a vehicle can be charged enough in just 5 minutes to cover distances of 400km – almost eight times faster charging than most batteries available today.

Currently, most EVs are powered by “wet” Li-ion batteries, which use liquid electrolytes like sulfuric acid. The movement of such highly corrosive liquid electrolytes can generate an enormous amount of heat, which can potentially cause fires. Because of this, some automobile companies are turning their attention to solid-state batteries. A solid-state battery will use a solid electrolyte in place of a liquid one. This can offer higher energy densities and elevated levels of safety. The extra power generated by electrolytic movement can be safely drawn from the battery and added back to it, which also means faster charging is supported. Thanks to this arrangement, much less room is needed for temperature control and other safety systems, and the batteries are far easier to shape. However, despite the advantages of solid-state batteries, they haven’t yet been commercialized. There is still room to improve this technology and minimize the associated production costs – which will then make it a more attractive option.

Another new type of EV technology relies on using hydrogen fuel alongside batteries. Hydrogen-powered cars could run for over 5000km and would only need to stop in order to refill the reserve of hydrogen (instead of charging). The system is very similar to that of flow battery technology, which creates electricity via a single fluid. The hydrogen can be safely stored at pressures of 20 to 30psi. So far, this system has only been tested on scooters and golf carts. However, if this comes into the mainstream EV space, it could be a game-changer. Instead of building heavy infrastructure for battery charging, it would simply be a matter of converting legacy gas stations so that they pump fresh electrolyte and oil-changing facilities to anode replacing stations. This concept could prove much more eco-friendly than existing battery systems.

It is no longer a dream to own a battery-operated car – it is a now a reality. Urban roads are set to see more EVs using them – ranging from passenger cars to commercial transporters and trucks. As the number of EVs increases, having adequate charging infrastructure to support them will become crucial. This also brings new business opportunities for companies in areas such as distribution and utilities, as well as civil engineering and automobile manufacturing.

As EV adoption has ramped up, “range anxiety” has started to be supplanted by “charging anxiety.” Charging infrastructure must follow a business model that ensures the charging process is both fast and convenient. Charging stations are highly dependent on the topology of the region. For example, a typical small town with mainly low-rise homes that have parking garages and a densely populated urban settlement of multiple high-rise buildings will require very different EV charging infrastructure.

Unlike traditional petrol/diesel vehicles, which typically only refuel at gas stations, EVs can be charged at multiple locations in numerous ways. Wired plug-in chargers can be used at home, at work, in public places and on highways for long-distance trips. Home charging is slightly cheaper than commercial charging. It is also easier, as the vehicle can be parked in that location at night for periods of 8 to 10 hours.

Countries ranked as having high EV adoption need to ensure they meet the charging requirements of growing EV numbers. As per a report from Statista, Europe has seen a steep rise in the number of stations from approximately 3,200 in 2010 to more than 1.5 million in 2018. The coordinating agencies will play a valuable role here. It should become the responsibility of such agencies to create reliable databases of existing infrastructure, providing detailed information about funding programs, and developing efficient approaches to encourage further deployment activity. Companies like Bosch, Siemens and ABB are all working toward providing scalable, flexible and customer-oriented services with charging infrastructure and appropriate payment systems.

It seems e-mobility is becoming more economically viable for manufacturers. Thanks to their scalability, the powertrain systems are relatively simple to integrate and can be used flexibly in many vehicle classes, reducing development times and associated costs, and helping to get new vehicles ready for the market more quickly. Manufacturers – especially start-ups – can realize their ideas in the shortest time possible.

Studies conducted by Bloomberg show that the Li-ion battery price has reduced significantly as production scale has increased, and manufacturers have devised cost-effective production processes. In 2010, when the first wave of mass-market EVs were introduced, the battery cost was around $1,000/kWh. Today the most common EV battery (the Tesla Model 3) costs about $190/kWh, a drop of almost 75%. It is forecast that this degree of reduction will continue in the future. The charging infrastructure and its management are major expenses when it comes to EV proliferation. A report from McKinsey states an investment of $17 billion will be needed for the roll-out of 15 million chargers to be achieved in the 2030 timeframe.

EVs also bring in intelligent mobility. Today, these vehicles are connected to the drivers, mobile apps, charging points, etc. IoT companies are leveraging this as another use case for building a strong and massive network by connecting energy providers, automakers and all associated businesses. As EVs can potentially get connected on the grid, this has given rise to “vehicle-to-grid” technology. Photovoltaic panels situated on the roof of an EV could enable electrical energy to be generated and then fed back into the grid. This could be used at peak hours and redistributed on a needs basis.

The future of transportation is electric and also connected. Closing the demand–supply gap in charging, finding alternate battery technologies, standardizing charging infrastructure and the emergence of smart mobility have opened doors in terms of both technological advancement and sustainability.