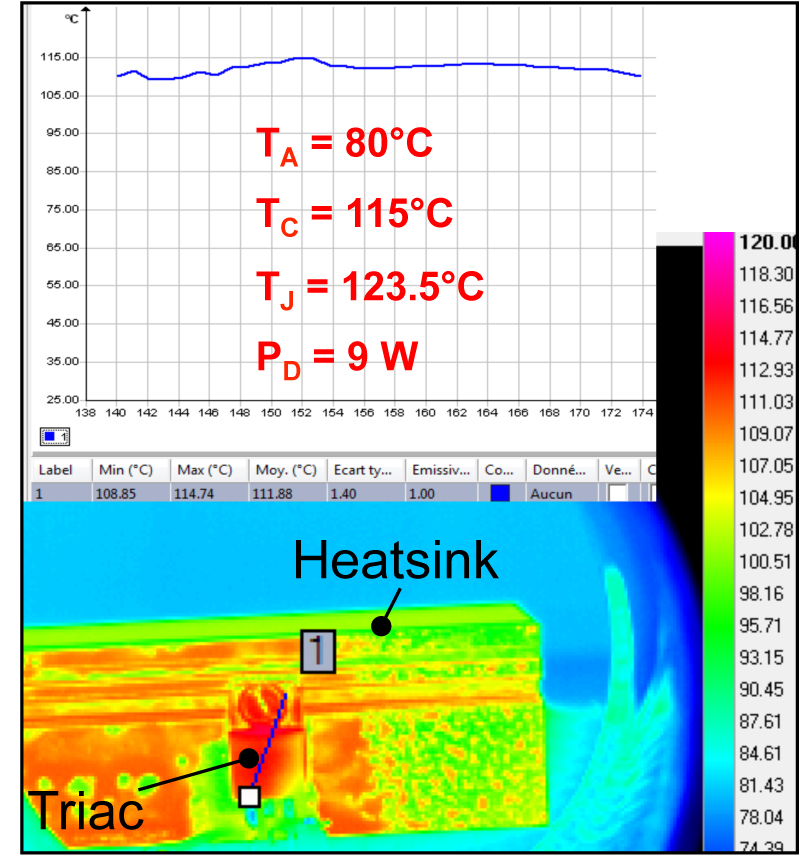 High-temperature TRIACs present several benefits particularly useful in applications demanding high current density or imposing high-temperature environments. These applications include vacuum cleaners, electric ranges, water heaters, air blowers, and small home appliances such as blenders, rice cookers, and bread makers. High-temperature TRIACs—those that are able to work up to a TJ (junction temperature) of 150 °C—help designers design more efficient control boards by offering enhanced features compared to standard TRIACs. The benefits of these high-temperature devices are evident in four cases: Applications working at elevated ambient temperatures, those without enough space for a full-size heatsink, cost-sensitive applications that use lower-current-rated TRIACs, and applications controlling a higher load current without upgrading the device rating. Higher-TA operation To validate experimentally that a TRIAC can operate at a higher TA (ambient temperature), STMicroelectronics engineers mounted two different TRIACs on 3.7 °C/W heatsinks. A test circuit ensured that each device dissipated the same power by applying 10-A RMS currents to both. The engineers calculated the TA necessary to operate each TRIAC near its own maximum TJ (junction temperature): 125 °C for a BTB16-600CW sample and 150 °C for a T1635H-6T high-temperature TRIAC. Figures 1a and 1b show the temperature measurements as reported by an IR camera during the tests. They set the TA, confirmed by thermocouple measurement, at the calculated values: 80 °C for the standard TRIAC and 110 °C for the high-TJ TRIAC. 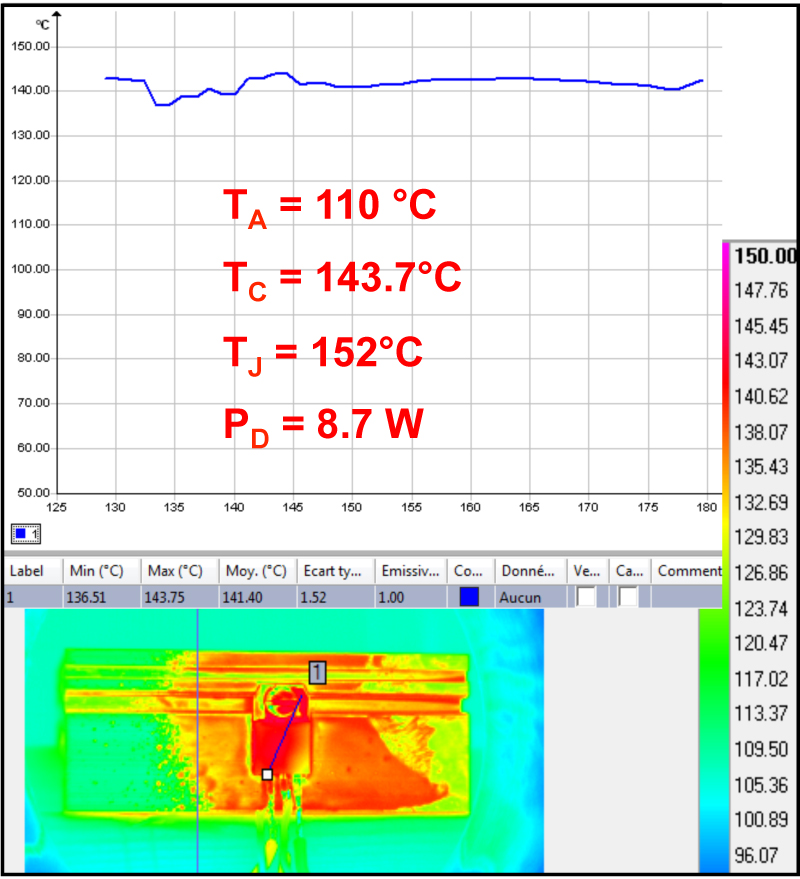 where PD is the dissipated power

and Vt is the TRIAC's on-state forward voltage. The BTB TRIAC junction temperature was, then, TJ = 115 + 0.95 x 9 = 123.5 °C, and the T1635H junction temperature was TJ = 143.7 + 0.95 x 8.7 = 152 °C. These tests results demonstrate that the high-TJ TRIAC is able to withstand 30 °C higher TA than the standard TRIAC. Alternatively, with these two TRIACs in the same ambient environment at 80 °C, the high-TJ TRIAC has a temperature margin of 30 °C with respect to its 150 °C maximum TJ while the standard TRIAC is already reaching is maximum TJ. This temperature margin has a direct positive effect on device reliability.

Heatsink size The next test placed both previous TRIACs into an ambient temperature of 80°C with the high-TJ TRIAC on a 7 °C/W heatsink and the standard device on a 3.7 °C/W heatsink (Figure 2). With both devices conducting the same 10-A RMS current, TC measured 115 °C and 132 °C for the BTB16-600CW and the T1635H-6T, respectively. Using previous formula, the BTB TRIAC TJ = 115 + 0.95 x 9 = 123.5 °C and the T1635H TJ = 132 + 0.95 x 9.4 = 141 °C. Junction temperatures were below the maximum allowed temperatures for each device, but the temperature margin was better for the T1635H-6T device despite its smaller heatsink. Designers facing size constraints can take advantage of the heatsink-size reduction achievable with a high-TJ TRIAC. The heatsinks these tests used show a thermal resistance increase by a factor of 1.8, implying a heatsink-size reduction of around 4:1, which reduces costs as well. TRIAC current rating High-TJ TRIACs are able to drive loads at higher junction temperatures without parameter derating, so they can allow designers to specify lower current rated TRIACs in place of standard TRIACs. For example, the STMicroelectronics engineers performed tests to evaluate a 12-A high-TJ TRIAC (T1235H-6T) replacing a 16-A standard TRIAC (BTB16-600CW). They mounted both devices on 3.7 °C/W heatsinks and applied the same 10-A RMS load to both. Measurements of the BTB16-600CW revealed a TC of 115 °C while dissipating 9 W in an 80 °C TA. Corresponding measurements of the T1235H-6T indicated a TC of 144 °C while dissipating 9.3 W in a 105 °C TA. The BTB TRIAC junction temperature was 123.5 °C and the T1235H junction temperature was 154 °C—slightly above maximum allowed temperature but not critically so for experimental purposes. These results clearly shows an advantage to high-TJ TRIAC since the TA can be set 20°C higher (or 16°C if one wants to keep T1235H-6T TJ below 150°C) than for a standard TRIAC. Higher TRIAC current The engineers mounted two 16-A TRIACs (BTB16-600CW and T1635H-6T) now on two identical 3.7 °C/W heatsinks and put them into the same 80 °C ambient temperature. This test increased the load current until each TRIAC was operating at its own maximum allowed junction temperature. For the BTB16-600CW, that applied RMS current was 10 A, at which point the device dissipated 9 W and its TJ was 125 °C. For the T1635H-6T, was able to pass 14 A, dissipating 14.59 W with a TJ of 148 °C. One key parameter in the choice of TRIACs operating at a high TJ is the turn-off capability—the ability to remain in the off state even in the presence of a fast voltage excursion after the current has fallen to zero. The turn-off constraint is higher with inductive loads due to the current-voltage phase shift and thus the high dV/dt occurring at TRIAC turn-off. 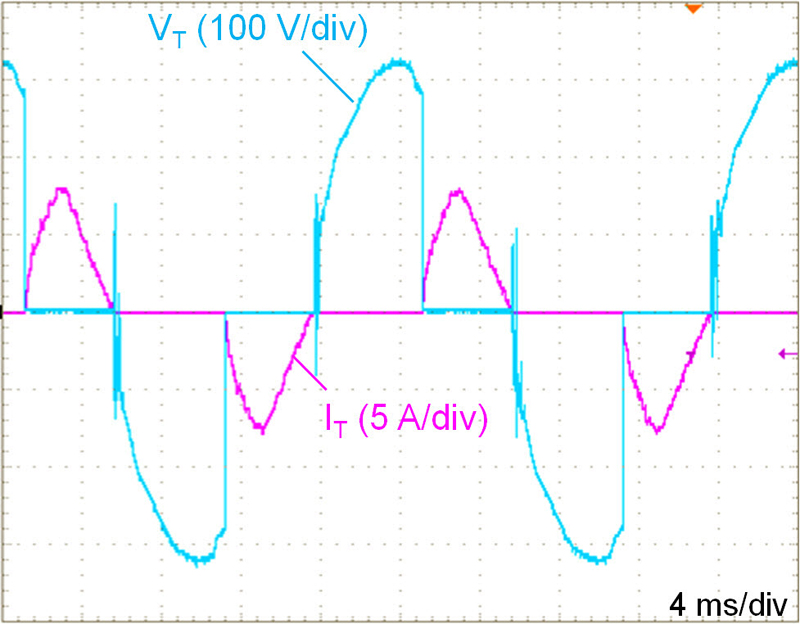 Figure 3a shows an application example where a TRIAC in phase-control mode is properly driving a universal motor. The load current (pink waveform IT) goes to zero at each half cycle and remains at zero. 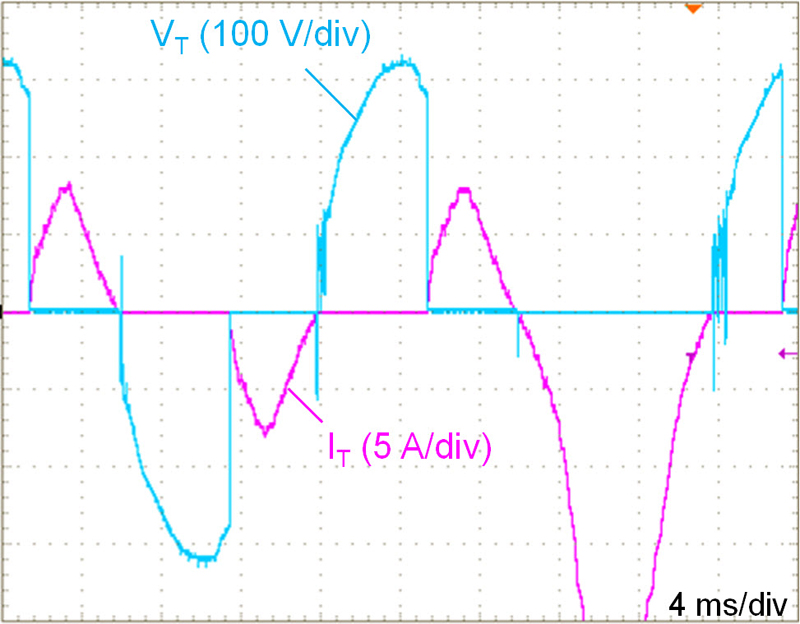 Figure 3b, by contrast, shows another TRIAC under the same drive and load conditions. This device loses control of the load because the operating conditions exceed its turn-off capability at high TJ: The high level of the load current during the negative half period shows that the load remains energized even when the TRIAC's drive is off. 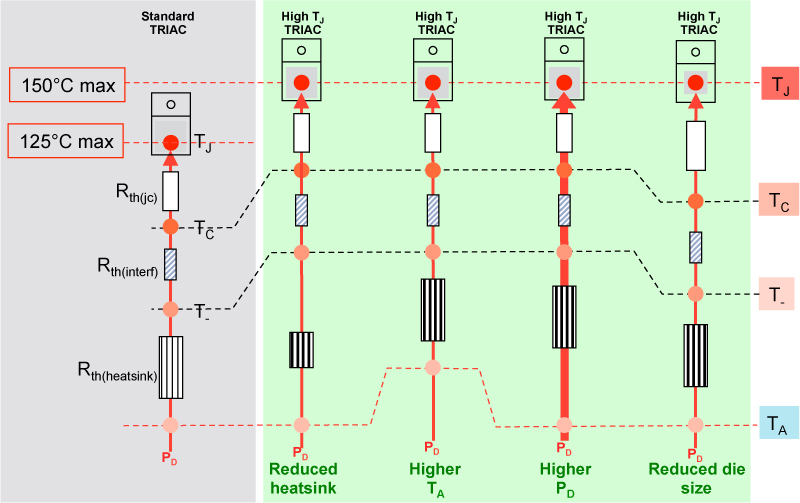