With the current rises in gas prices, renewable energy is becoming more important to the global economy more quickly than we expected and had planned for. This can cause problems for designers of systems for renewable energy, as they have the traditional design triad of price, size and performance to deal with, and then they have to take into account efficiency and the industry’s changing needs. The same situation occurs in other industries also. For example, industrial motors and drives use a good proportion of the electricity we generate and standards are gradually changing to make both the drives and control systems more efficient so as to waste less energy. When large, expensive machines like wind turbines and industrial drives are produced, they are expected to operate in the field for many years, or even decades. Designers of these types of machinery should try to design the internal systems of their products to be upgradable to ensure that their customers achieve the lifespans tat they expect.

Infineon’s EasyPACK family is intended for applications like the ones mentioned above. Members of the family have been engineered to offer designers a compact, flexible package for use in higher power designs. They are intended to provide a customizable solution that simplifies the management of undesirable traits such as heat and inductance. The layout and pinout of the packages can be altered to suit the needs of the application, providing flexibility to designers. They are available both with a baseplate and without. A few mechanical modifications is all that it takes for systems using EasyPACK devices to be upgraded to handle higher power demands.

The company has now added the EasyPACK 4B package to its Easy power module family. The new EasyPACK 4B module is currently the largest package in Infineon’s Easy families and features three DCB (direct copper bonding) substrates in a package that is only 12 mm high. The package extends the EasyPACK 3B hold-down concept to ensure low thermal resistance (Rth) and to increase robustness and quality. Just like the existing Easy family members, the new EasyPACK 4B has optimized stray inductance for reduced design efforts.

The first device to be offered in the EasyPACK 4B package is the F3L600R10W4S7F_C22. It is predominantly targetted at PV string inverters, and it has a power output of up to 352 kW - a significant increase in power handling over the last generation EasyPACK 3B modules that featured a maximum power output of 250 kW. The module aims to enable a simpler but more powerful inverter design with higher power density and reduced system costs. The device is ideal for 1500 V DC solar string inverters. F3L600R10W4S7F_C22 features an advanced three-level NPC (ANPC) topology that combines the latest generation of 1200 V CoolSiC Schottky diode with the latest 950 V TRENCHSTOP IGBT7 chip technology to handle up to 600 A. ANPC is a popular topology in solar string inverters and ensures high efficiency as well as low power losses. This combination of topology and chip optimizes the usefulness of the power semiconductor.

In the future, the Easy 4B package will be available for additional topologies, current ratings and voltage classes. 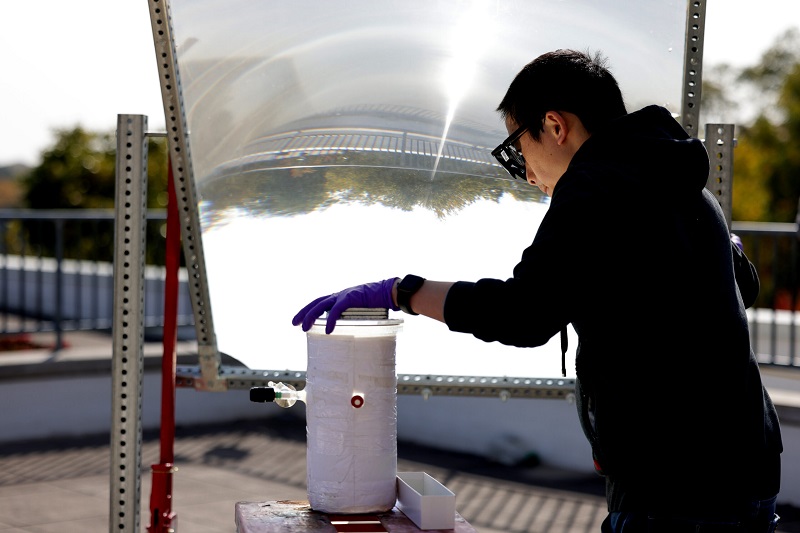