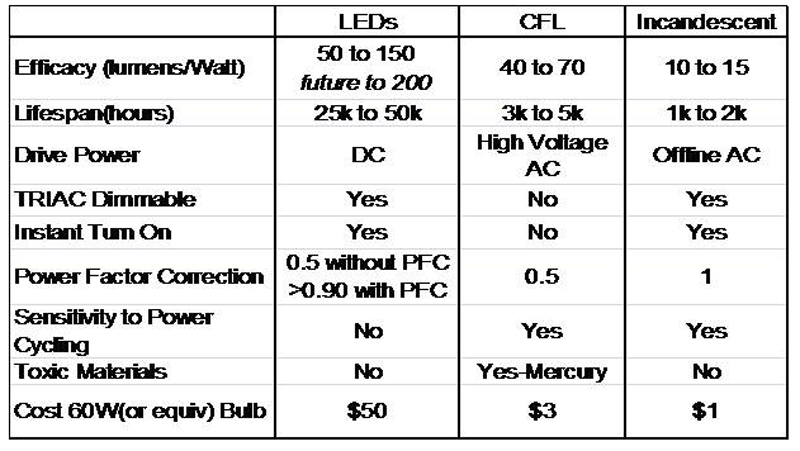 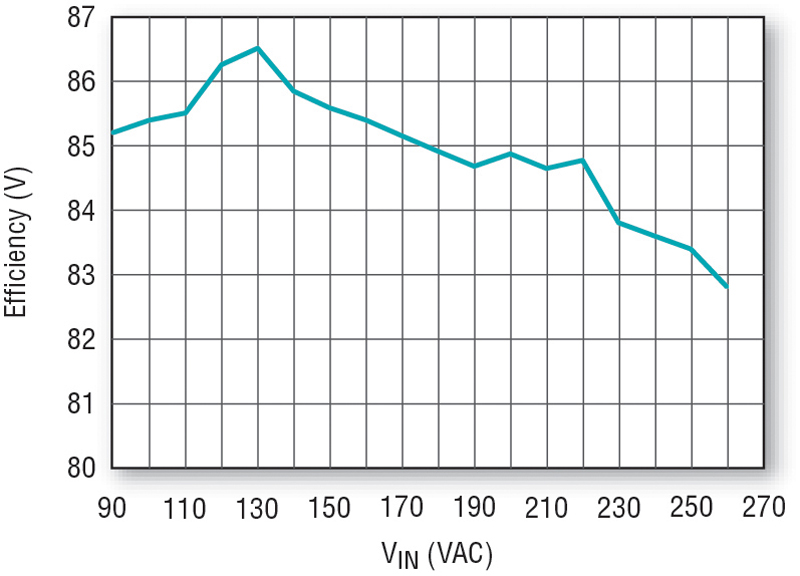 A Brand New Solution Fortunately, there is a new solution to all of these offline LED driving challenges, Linear Technology's LT3799. It is an isolated flyback LED controller with active PFC, specifically designed for driving LEDs from a universal input range of 90VAC to 265VAC. The LT3799 uses a critical conduction mode, minimizing the size of the external transformer. It is ideal for driving a wide range of LED applications ranging from 4W of LED power to hundreds of Watts. The entire circuit to drive up to 20W of LED current can is shown in figure 2. This particular circuit is TRIAC dimmable and can deliver up to 1A of LED current from a universal input range of 90VAC to 265VAC, while delivering efficiencies of over 86% (see Figure 3). With a few changes in externals, this circuit can be optimized further for 120VAC, 240VAC or even 377VAC applications or virtually any commonly found AC input. The LT3799 utilizes a single stage design with the entire LED drive circuit (including the EMI filter) requiring only 40 external components, keeping the solution footprint simple, compact and cost effective. The overall dimensions of the 20W circuit in Figure 2 is only 30mm x 75mm with a profile of only 30mm, making it ideal for a wide variety of LED applications. 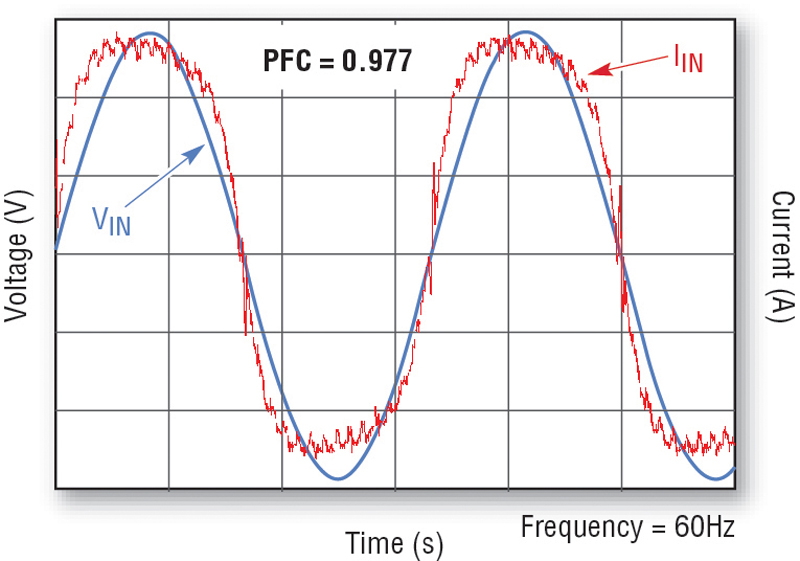 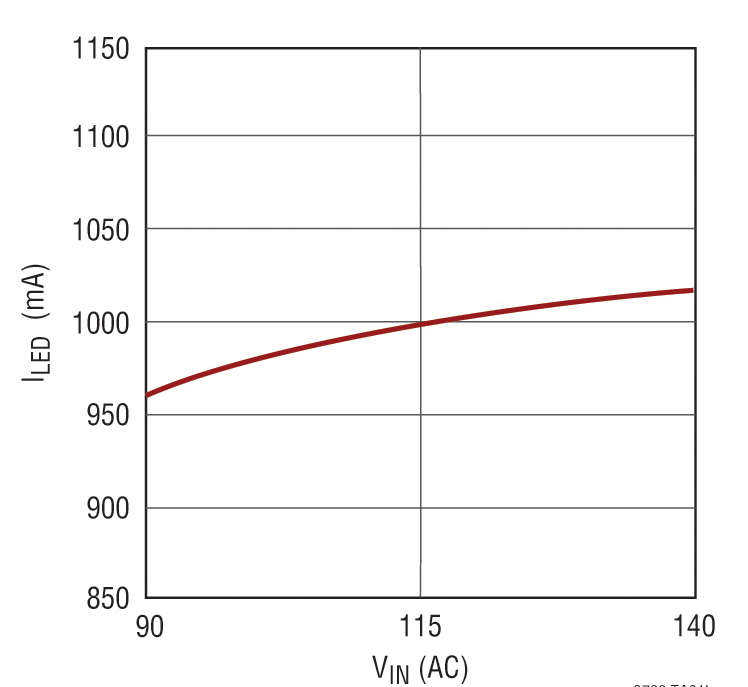 Additionally, the LT3799 offers LED current regulation over input voltage, output voltage and temperature. Looking at Figure 5, one can see that the LED current remains within +5% regulation when the input varies from 90VAC to 150VAC as would be required in most US lighting applications. In lieu of an opto-coupler, the LT3799 has a unique current sensing scheme to deliver a well regulated current to the secondary side. This not only reduces cost, but also improves reliability. The LT3799 can also be used with a standard in-wall TRIAC dimmer without any visible flicker. Integrated open and shorted LED protection ensures long-term reliability for a wide range of LED applications. Finally, its thermally enhanced MSOP-16 package offers a very compact LED driver solution. Conclusion The unprecedented acceleration of LED general lighting applications powered by offline sources is driven by a continual demand for higher performance and cost effectiveness. However, these emerging performance requirements must be enabled by new LED driver ICs. These LED drivers must provide electrical isolation, high efficiency, PFC and TRIAC dimming capability. Additionally, they must deliver well regulated LED current in order to maintain uniform brightness, regardless of input voltage or LED forward voltage variations while offering a variety of protection features to enhance system reliability. These LED driver circuits must also enable a very compact and cost-effective solution. Fortunately, this type of offline LED driver now exists. www.linear.com