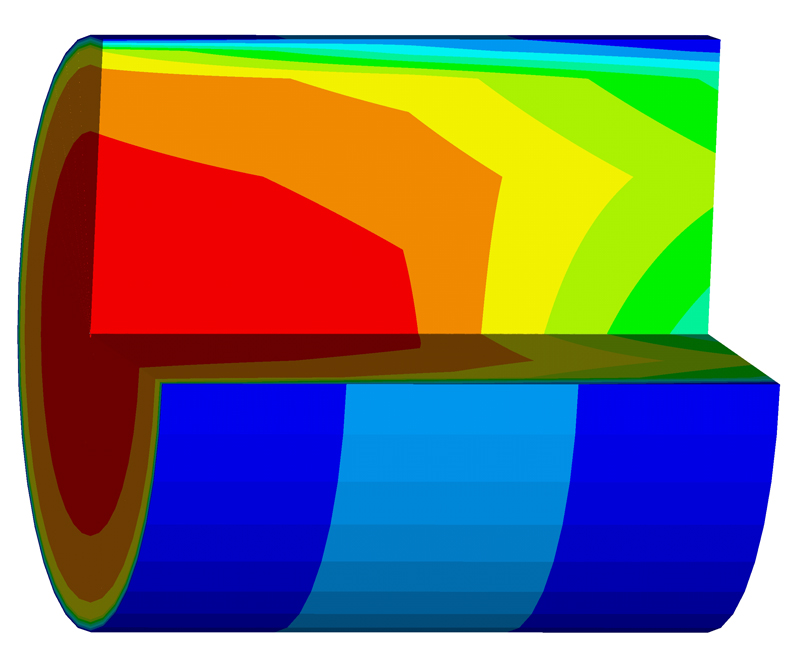 Figure 1: By using software from ANSYS to predict maximum temperatures and temperature distribution within its new diesel particulate filter under diverse conditions, Cummins engineers can ensure that the manufactured component will have acceptable durability.

Cummins uses simulation software from ANSYS to reduce weight, improve fuel economy and reduce environmentally harmful emissions of engines The phrase "environmentally responsible" doesn't seem to fit into a sentence with the terms 18-wheel tractor trailer and heavy-duty truck. As a world-leading manufacturer of commercial engines and related systems, Cummins Inc., is working to change that perception one design at a time, developing next-generation technologies that are revolutionising the international trucking industry. Using software from ANSYS, Cummins is developing and testing radical improvements in engine design, including the use of alternative materials and smaller engine footprints that reduce weight, improve fuel economy and reduce emissions — while also boosting performance. The work of the corporate research and technology organisation focuses on developing new, environmentally responsible technologies for the company's core engine business. Cummins' recent product development efforts target a great deal of attention on fuel economy and emissions — and with good reason. Government environmental standards grow more challenging every year. Because commercial trucking is a low-margin business, every improvement that Cummins makes in fuel economy adds to its customers' successes. Beyond these practical considerations, Cummins invests in environmentally responsible engine technologies because it is the right thing to do. The company wants the trucking industry to be viewed as an environmental steward and champion, not one of the "bad guys." Building the Truck of the Future In recognition of its environmental technology leadership, Cummins recently received nearly $54 million in funding from the U.S. Department of Energy (DOE) to support two projects aimed at improving fuel efficiency in both heavy- and light-duty vehicles. About $39 million will fund Cummins' development of a new "supertruck" — a highly efficient and clean diesel fuelled Class 8 (heavy-duty) truck that is expected to set a new industry standard for green technology. Another $15 million in funding will support the development of advanced-technology powertrains for light-duty vehicles. The resulting improvements in engine system efficiency will mean significantly lower fuel and petroleum consumption by these vehicles as well as a significant reduction in greenhouse gas emissions. 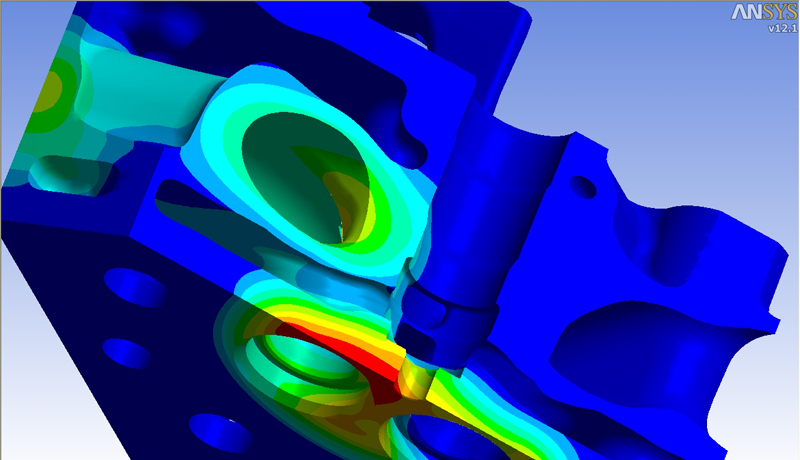 Though details of this work are proprietary, Cummins is using software from ANSYS to simulate engine performance and achieve the ambitious goals defined by the DOE: Improve Class 8 vehicle freight efficiency by 50 percent and achieve a 40 percent improvement in fuel economy in light-duty vehicles. Cummins used ANSYS technology to enhance a number of features in its new ISX15 design, including the new Cummins after-treatment system that incorporates a revolutionary diesel particulate filter (DPF) targeted at meeting the new emissions standards. The DPF removes diesel particulate matter or soot from the exhaust gas of a diesel engine. Cummins used ANSYS software to simulate typical operating loads and make predictions about the new DPF's performance and reliability. Engineering simulation predicted both peak temperatures and temperature distribution inside this component under a range of operating conditions. These thermal analyses were critical as they revealed the peak temperatures and temperature gradients within the filter, which ultimately determine the thermal fatigue and life of the component. Subsequent field and bench tests confirmed the simulation predictions, as did actual road results. Engineers can rarely rely on virtual testing alone, but software from ANSYS confirmed that the Cummins design process was moving in the right direction — and that the results would be as team members expected. Using Simulation to Rev Up Ongoing Engine Improvements Environmental standards and customer needs are an ever-evolving target. So the Cummins team uses engineering simulation to improve engine features and boost performance. Design changes that reduce emissions and fuel consumption often result in higher temperatures and pressures within the engine, which require Cummins engineers to continually test the limits of conventional engine designs. Most materials used in diesel engines exhibit reduced strength as temperature rises. The combination of high pressure/temperature and reduced strength places stress on components such as the cylinder head, a geometrically complex casting that serves many functions including transferring engine oil and coolant, in-taking air and exhausting gas. Cummins engineers use multiphysics software from ANSYS to combine thermal and structural analyses in their work on this sophisticated engine component. Simulation tools from ANSYS enable the Cummins engineering team to evaluate the use of new materials across the entire topological surface of cylinder heads and other engine components. Working in a simulated environment gives these engineers the freedom to tweak existing engine designs — as well as to arrive at some "clean-sheet" designs that may have the power to revolutionise engine performance. The team recently used software from ANSYS to predict temperature profiles in cylinder heads under various operating conditions. The thermal results were used to determine how this component would perform in the real world, as well as its threshold for both low-cycle and high-cycle fatigue. Since cylinder heads are long-lead-time, expensive components, the Cummins team must be sure that a new design is right before moving forward. Using simulation tools from ANSYS, Cummins engineers can not only create more exacting test results but also pursue increased productivity by incorporating capabilities such as conjugate heat transfer modelling in their designs. Without analysis-led design to introduce new materials and new part configurations, Cummins would have to rely instead on very expensive, time-consuming endurance tests to verify the engineering team's designs. ANSYS is a key enabler to Cummins, reducing the company's overall cost of development by minimising its investment in physical engine testing. This approach allows the design of a more environmentally friendly engine without compromising cost or performance. Shifting Gears: ANSYS Creates a Cultural Change With so many engine components and performance aspects to consider, the Cummins engineering team must perform a wide range of structural simulation and analysis. According to Bob Tickel, director of structural and dynamic analysis at Cummins, software from ANSYS is the only single-vendor tool with the technical breadth and depth to meet this challenge. Recently, the Cummins corporate research and technology team began the switch from the traditional interface for ANSYS software to the ANSYS Workbench platform, a decision based primarily on the product's improved geometry import, cleanup and meshing capabilities. Tickel anticipates a 50 percent reduction in throughput time based upon the move to ANSYS Workbench. "The ANSYS Workbench environment provides access to the best multiphysics tools we need to conduct many types of simulation and analysis," said Tickel. "Whether our need is thermal, structural, dynamic or static engineering analysis, ANSYS Workbench provides the flexibility and versatility to accommodate our needs — as well as the multiphysics capabilities to link the results of our various simulations." Tickel noted that the efficiency and cost effectiveness of engineering simulation has resulted in a complete cultural change at Cummins. "The ease of using simulation tools from ANSYS has helped to transform our organization from a test-centric culture to an analysis-centric one," said Tickel. "When investigating a new material or other design enhancement, traditionally we would build new parts and conduct physical tests as a first step — which represented a time- and cost-intensive approach," he said. "Today, we focus more attention on upfront analysis, only moving to part-building and testing for those design improvements that we can verify first using ANSYS tools. This new cultural approach has not only saved us time and money, but allowed us to selectively focus our attention on those design enhancements that are shown to hold the greatest promise for revolutionising future engine designs." www.cummins.com