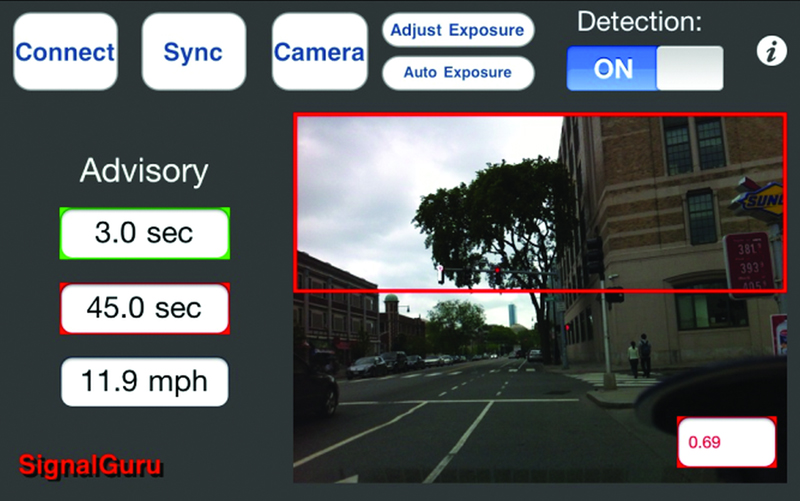 Figure 1: The SignalGuru application from MIT and Princeton, saves drivers an average of 20% fuel costs compared to those that had to stop at traffic lights. 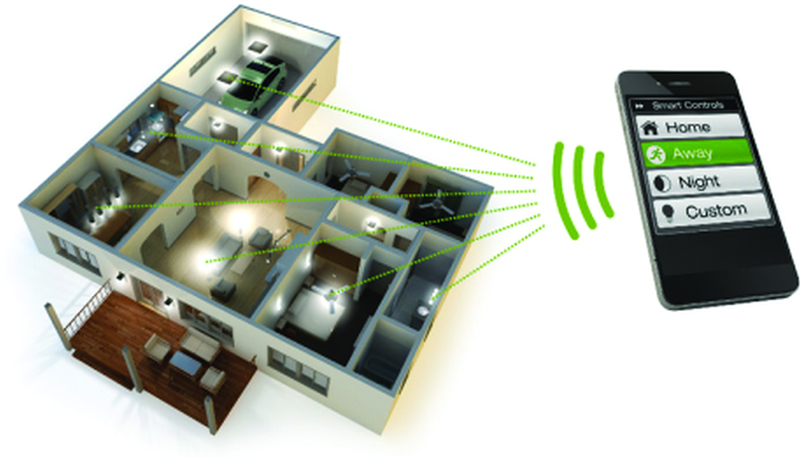 Street lighting Lighting our way as we make our journeys around the cities of tomorrow, it will not be the familiar orange glow of the sodium street light that guides us, but energy efficient LEDs casting a cold white light. As the cost of LED illumination decreases, we can expect to see accelerated uptake of LED street lighting throughout our cities. Replacing existing lighting technology with energy efficient LEDs would halve the carbon footprint that street lighting carries. Many of the cities we live in already use LED technology in traffic lights and signals, though uptake of street lighting has been slower with some residents complaining about the perceived brightness of cold color temperature LEDs. The balance will need to be struck in the cities of the future between sleepy residential zones and major routes where a white light will give increased attention span. Energy harvesting It is in the home that our smart cities will first take root. With oil and gas prices continuing to climb, alternative energy on a personal scale will become a key feature of housing in our future cities. Home solar power is already popular, though in the smart city photovoltaic cells will be concentrated on commercial buildings and ground mounts rather than houses. While the UK has the greatest proportion of residential solar panels in Europe at 95% of total generation capacity, it is only 12% in Germany, where the total output is much higherâ€"7 GW compared to the UK's 45 MWâ€"according to the European Photovoltaic Industry Association. In the smart home, making the most of every electricity drain through energy efficiency and energy harvesting will produce the savings required to reduce our overall carbon footprint. Here again it is the low-cost low-power products and methods that will make our homes smart. Smart homes It is when we return to our homes at the end of the day where the smart city will probably have the most impact. Energy recapture, smart metering, and personal health monitoring will ensure that our houses are safer, more comfortable, and energy efficient than ever. Energy savings will also derive from the centralization of home computing. What we experience now as the Cloud will become more pervasive, though home servers and centralized computers will be important components in reducing the number of computers in the home. With this centralization will also come the potential to capture waste heat. In larger, commercial buildings, the waste heat from the server room could provide an important heat source for the building as a whole. The introduction of smart meters will give consumers the option to monitor and control their power consumption onlineâ€"a much-talked-about flagship of smart cities. This is just the beginning. What if every light bulb had an IP address? The possibilities are endless: You could monitor, manage and control every light bulb from any Internet-enabled device, turning lights on and off individually, dimming or creating scenes from your smartphone, tablet, PC, or TV to save energy as well as electricity costs (figure 2). 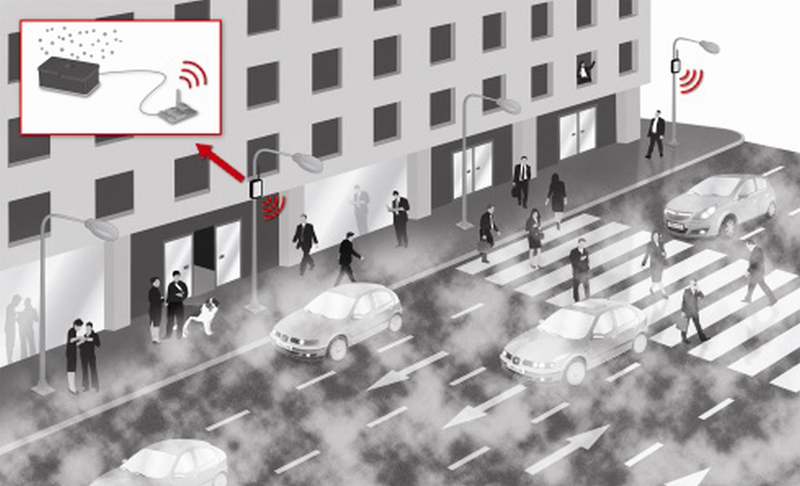 Your smart lighting network could have dozens or even hundreds of appliances connected through a wireless network designed for maximum energy savings, communicating information about their environment and power consumption levels, and alerting you to any problems. An example of such capability has been provided by NXP and partners in their internet-enabled Greenchip Smart Lighting network, which starts to shape a new dimension in energy efficient lighting for the smart home (reference 2). Public health and urban management In the end, it may be that the size of the smart city is limited by technology that monitors our health and wellbeing. The vast sprawling metropolis of the developing world has expanded so quickly owing to the availability of cars and mass transit, but the effect has been compounded by the need to be close to healthcare facilities. With improvements in communications links allowing for remote diagnosis and surgery, it will no longer be as critical to live close to an urban center to experience an adequate standard of care. This may lead, in turn, to a slowing of the advance that has characterized the vast cities of China, India, and indeed the US several decades before them. Beyond matters of individual health, today's city councils face many public-health challenges requiring effective monitoring. Atmospheric pollutionâ€"whether in the form of gases such as CO2 and NO2 or particulatesâ€"is a threat to the health of urban dwellers by causing respiratory diseases. Sensor boards able to monitor gas, radiation, particulate matter, and vibrational data could be integrated into wireless networks to build a wide range of services for quake and gas monitoring (figure 3). These technologies could facilitate even more localised applications such as structural health monitoring on buildings. Sensors and networks have so far addressed these within different standards and different vertical applications. A uniform modular approach run on open source software would allow city councils to enable better infrastructure cost effectively (reference 3). 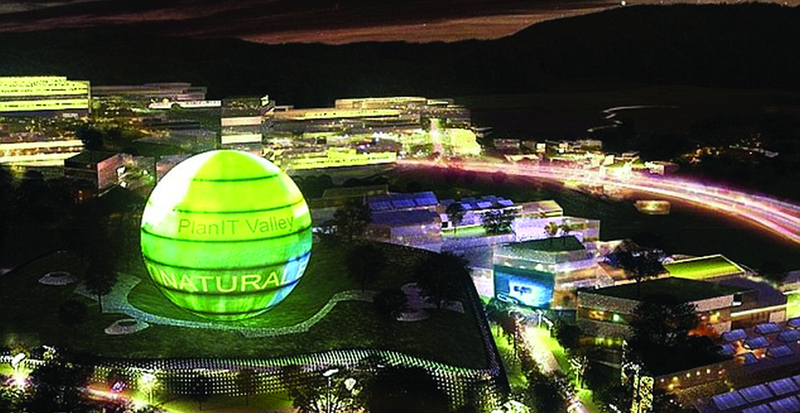 A current example of a city-wide network is found in Portugal, which is pioneering a sensory system for a smart city and estimates 100 million sensors across an area of just 17 km2 (figure 4). The biggest challenge to a smart city becoming reality is the ability to analyse seamlessly and process huge amounts of the data generated in real time, according to TU Darmstadt project Cocoon team. The answer to this is to channel all the data coming from these sensors and services into an over-arching control system via its own operating system. Urban OS, developed by Living PlanetIT and its technology partners, is an operating system that could manage communication between sensors and devices such as traffic lights, air conditioning or water pumps that influence the quality of city life. For example, in the event of a fire, the Urban OS might manage traffic lights so fire engines can reach the blaze swiftly or help evacuate people much more quickly and efficiently within nearby or affected buildings (reference 4). A secure system that can uninterruptedly run the infrastructure of our cities would bring the sensory network of smart urban areas to life. Evolving to smart and efficient cities Living in such a rapidly advancing age, it is easy to forget that the cities we live in were driven by an earlier time, when the gears and levers of industry were oiled by large work forces that lived close to their jobs. The world will never quite shrink to the point that Arthur C Clarke envisaged in 1964 but, as our vast urban areas become smarter in myriad ways, it is likely that the city will become an easily accessible hub facilitating our daily lives. After all, cities are a way of centralizing and making things easier. Elements of the smart city are with us today, dispersed throughout the world. The clean tram systems of Strasbourg, the autonomous transportation at Heathrow Airport in London, the solar collectors of Masdar city, and the augmented reality many of us use on our smart phones will all one day be key features of our smart cities. Above all, the technology we need to make our cities smart is here with us today. It is the engineers, the innovators of the world, who will be the ones to turn applications once reserved for flashy gadgetry into essential services that keep our utilities, transport, and communications running. It will be the quiet unnoticed background that enables us to live the complicated lives we choose to. Element 14 References: 1. Source: Massachusetts Institute of Technology and Princeton University, USA 2. Source: NXP 3. Source: Libelium 4. Source: Living Planet IT, Project Cocoon TU Darmstadt