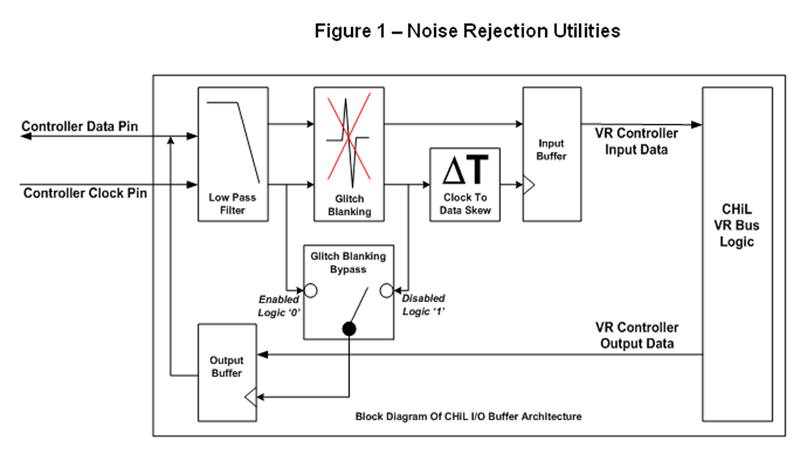 Power amplifier (PA) efficiency is a key factor in wireless system design. Due to the inherent nonlinearity of the PA, a large signal would be distorted and its spectrum would be broadened to disturb its adjacent signals. To keep the input signal in a linear region, we have to reduce the input signal level, which causes low PA efficiency. To achieve high PA efficiency, many PA linearization solutions are proposed. Among them, the solutions attracting the most attention include feed-forward linearization, Cartesian feedback, digital pre-distortion and power supply control schemes. In this article, we introduce and compare these methods. By examining the complexity and performance trades-offs, we recommend guidelines for practical system implementation.

The idea of feed-forward linearization is simple: attenuate the PA output, s1, to the same level of the input signal, s, s2 = s1/G; and then obtain the distortion by comparing s2 with the input signal, s, e = s-s2 = s-s1/G. With the auxiliary PA, the distortion can be amplified and subtracted from the original PA output. s3 = s1+e*G = s1+(s-s1/G)*G = G*s; Although feed-forward linearization is stable and has potential high performance, it suffers from high cost and poor power efficiency of the entire scheme since an auxiliary PA is needed. 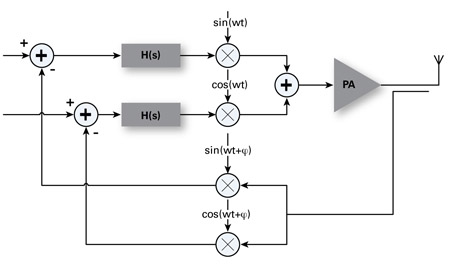 Another type of approach is to use the indirect learning architecture. As shown in Figure 4, a predistorter training block is used in the feedback path to compensate the PA output. The predistorter training block is adaptively adjusted to minimize the error between the PA input and the predistorter-training output. Once the adaptation completes, it is copied before the PA as a digital predistorter. The advantage of the indirect learning structure is that it eliminates the need for PA model identification. 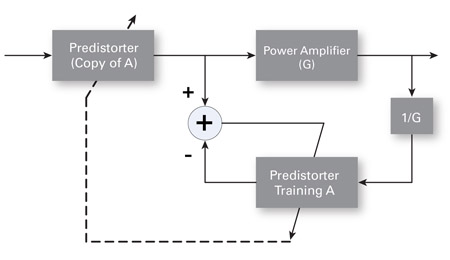 In a real application, the RF analog impairment must be considered in DPD design. Some analog impairment, such as I/Q imbalance, would degrade DPD performance. Since digital predistorter would introduce nonlinear distortion, which has wider bandwidth than the signal, the analog circuit should be able to deal with the wide bandwidth. 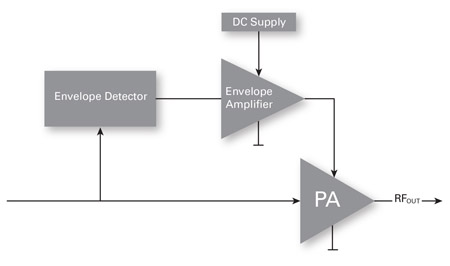 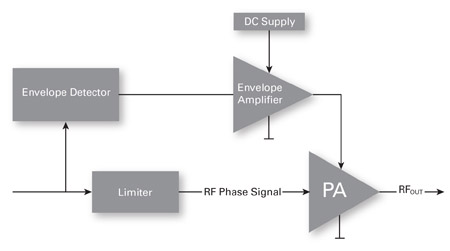 An ET system uses a linear PA whose power supply voltage follows the signal envelope to reduce thermal dissipation. In an EER system, the amplitude is eliminated from the RF signal. By controlling a switching PA, the amplitude is restored and high efficiency could be achieved. The two main challenges of ET and EER are high voltage, high efficient wide band envelope amplifier design and timing alignment between the envelope and the RF input signal. Both ET and EER suffer from performance degradation due to timing misalignment. EER especially has a very high requirement on timing alignment, which keeps it from being widely accepted by the industry, regardless of its high potential efficiency.

In this article, we analyzed multiple PA linearization solutions in terms of complexity, challenges and performance. While conventional linearization solutions, such as feed-forward linearization and Cartesian feedback, are still used in many applications, digital pre-distortion is becoming more widely accepted in wireless systems, especially in 3G and 4G base stations. ET and especially EER still have difficulties in implementation, but they are attracting more attention because of their high efficiency. www.idt.com