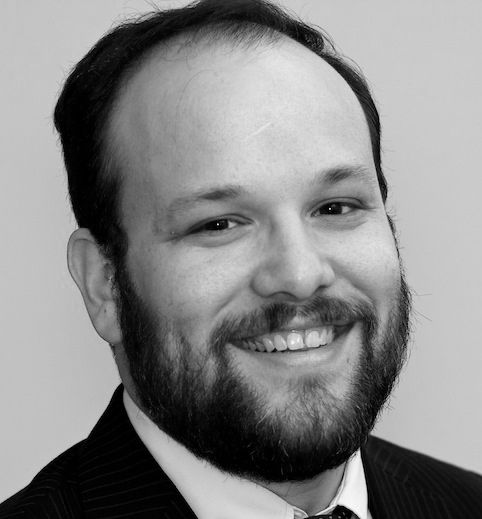 Sales of high power low voltage (<690V) variable speed drives rated above 500 kW have remained bound for nearly a decade with sales from 2007 to 2012 in the range of $950M and $1.4B. As demand for high-powered drives increases from different industries IMS Research (recently acquired by IHS Inc. (NYSE:IHS)) predicts that global sales will break out of a range and increase to nearly $1.9B in 2016. The increase in global sales of high power drives started about six months to a year after the recession ended in 2010—increasing each year from $983M in 2010 to $1.4 billion in 2012, while unit sales increased from 89k to 123k (see Figure 1.0). 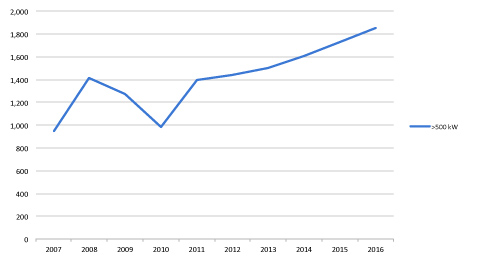 From 2011 through 2016, IMS Research predicts that high-powered drives will break out above $1.4B per year in sales. Increased sales will be driven by an increased willingness from end-users to purchase high-powered drives and higher demand from oil & gas, mining & extraction, metals, water & wastewater, and cement industries. As higher power rated drives have become more reliable, customers have been increasingly willing to purchase them. In addition, high power rated drives have benefitted from demand from several industries but oil & gas, in particular, has provided a strong and lasting impact on demand. Motor drive demand in oil & gas has come from both traditional methods of resource extraction and now from unconventional methods, such as hydraulic fracturing. In addition, projects for oil & gas have occurred throughout the globe: US, Brazil, Canada, China, and the Middle East. The return on investment for putting high power rated drives into oil projects is often high. These drives are often used in the application of artificial lifts and horizontal pumps that push saltwater and other fluids to bring oil to the surface. The drives used in such applications often have power ratings greater than 500 kW and usually higher than 300 kW. If there is not sufficient power coming into a set of wells, the oil company must choose which wells are active, whereas, with the installation of motor drives, more wells can run at the same time using the same electricity, saving money on electricity costs and utilizing existing infrastructure more effectively. Low voltage drives are particularly suited for remote drilling operations since electricity is often generated onsite since power lines physically inaccessible. With a limited supply of electricity, it becomes more critical for all machines to run efficiently. "The economic slowdown in 2012 affected lower power rated drives first. Since, higher power rated drives tend to have a lag of about six to a year as compared to lower rated power drives, higher power rated drives may see slower sales in 2013. In particular, demand for high-powered drives from oil & gas projects may decline as existing projects end. For example, in unconventional oil & gas projects, drives are usually the last hardware to be installed; consequently, the recent increase in sales of high power rated drives indicate that these oil & gas projects were started years ago," says Campos. While global sales of high-powered motor drives are forecast to increase, the rate is expected to moderate. In 2013, IMS Research forecasts that the high growth rate in global sales of high power rated motor drives will only grow at 4% as the recent economic slowdown catches up with high-powered drives. Despite these near-term headwinds, the long-term picture for the sale of high power low voltage motor drives is robust with high power motor drives forecast to grow at a 5.3% CAGR from 2011 to 2016. IMS Research