Using PoE as the Backbone for IPS and RTLS

Power over Ethernet is being used to connect many devices, as well as implementing technologies such as asset tracking or object locating systems 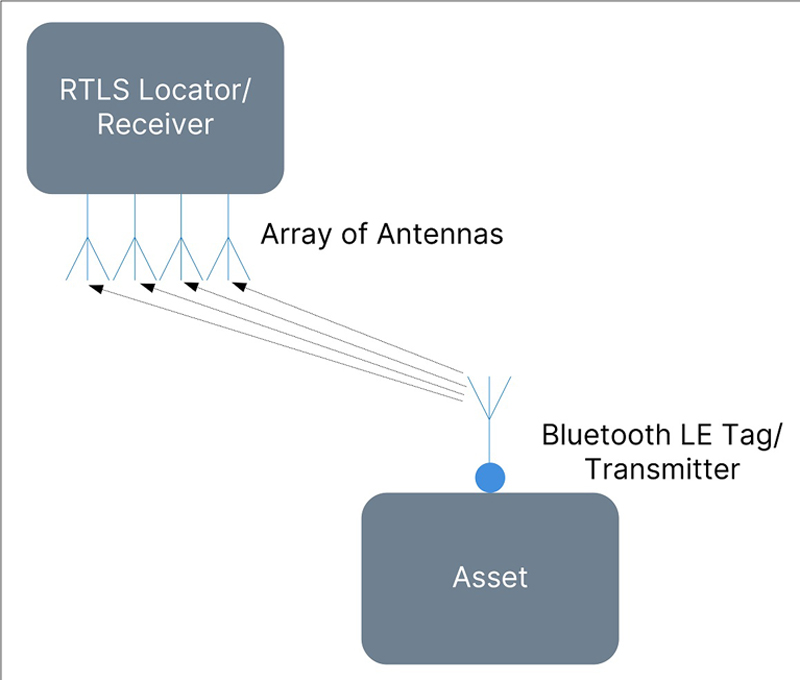 Figure 1: Transmitter and Receiver Arrangement in the AoA Method

­In response to the continued evolution of connectivity, it is now common for new or renovated office buildings and warehouses to support Power over Ethernet (PoE) at an infrastructure level. Just like Ethernet, PoE is being used to connect devices such as surveillance cameras, intelligent lighting and other ‘smart’ sensors. In many cases, smart buildings are also implementing revolutionary technologies such as asset tracking or object locating systems. These services are built on technologies such as Indoor Positioning Systems (IPS) and Real Time Locating Services (RTLS), which is supported as part of the Bluetooth Low Energy specification. This article discusses how indoor positioning and real time locating systems are implemented, with an explanation of the differences between the two. It also discusses how PoE can provide the ideal high-speed, powered backbone for these location services and the devices used to implement them.

Real Time Locating Services allows assets to be tracked and located using wireless technology. It has been designed to operate indoors where satellite signals are too weak to be reliable. This includes areas such as large commercial spaces, warehouses, schools and hospital buildings. Whereas outdoor GPS systems can offer accuracy down to several meters, indoor RTLS systems can offer accuracy within 10 cm. This is a significant advantage for applications including safety, hazard zone monitoring and object location. Some examples of how an RTLS system may be used include tracking pallets or forklifts in a warehouse or mapping the location of moveable medical equipment in a hospital such as ultrasound machines or ventilators.

An RTLS system is typically implemented using a wireless medium such as RF, IR, visible light or ultrasound. A good example here would be a tag that uses the Bluetooth location services, based on a feature known as Received Signal Strength Indicator (RSSI), which uses trilateration to determine the position of an object. The position information can be sent to a server and accessed by an end device, such as a phone or a PC, to track the asset. This type of RTLS provides a location accuracy of between one and 10 meters.

IPS can also be implemented using Bluetooth Low Energy (Bluetooth LE) connectivity. In this case, a number of Bluetooth LE transmitters (also known as locator beacons) would be installed in fixed, known locations throughout a building. Using a smartphone app, a user enables the Bluetooth radio to listen to the signals coming from locator beacons. The received signal strength (RSSI) of each beacon, along with the beacon’s transmitted location, allows the app to use trilateration to calculate the phone’s current position. As this method also uses RSSI, it provides an accuracy of between one and 10 meters.

The Difference between RTLS and IPS

With an RTLS system, the location of an asset is sent to a centralized server. An end device, such as a smartphone or a PC, contacts the server to request the location of the asset. The RTLS approach is generally used in warehouses to track forklifts, pallets and other mobile assets, as well as in hospitals to locate medical equipment or even patients.

An IPS approach requires the device to send its location directly to an end device, most often this would be a smartphone app. Example use-cases for an indoor position system include indoor navigation through airports or accessing location-based information such as details about an object in a museum. It can also be used to send information, like special offers for a particular product, to a shopper as they are passing a store window.

The Angle of Departure (AoD) feature provided by version 5.1 of the Bluetooth specification is used for IPS. With AoD, a locator beacon transmits a signal using multiple antennas, arranged in an array. A smartphone with a single antenna receives multiple signals from the transmitter and computes the In-Phase (I) and Quadrature (Q) components of the signals. Based on these sampled data, the smartphone app can calculate the relative signal direction. The AoD method provides accuracy of better than 1 meter. Figure 2 shows the antenna arrangements for the transmitter and the receiver in AoD. 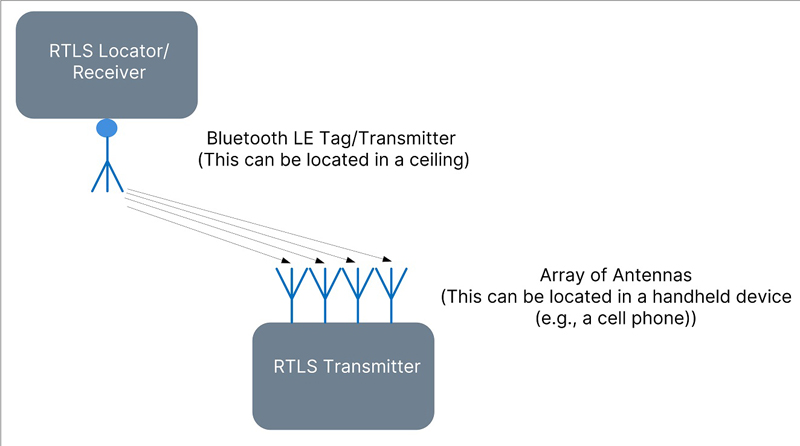 Figure 2: Transmitter and Receiver Arrangement in the AoD Method

Other examples of technologies that enable IPS include Visible Light Communication (VLC). Also known as light fidelity (Li-Fi), VLC is a data communication technology that modulates white LED light with a unique code and is transmitted at 500 Mbit/s over a distance of more than 5 meters. When an end device, such as a smartphone, is within range of three or more of these lights (or luminaires), it can use a triangulation algorithm to calculate the distance to each luminaire, and therefore calculate its own position. This method provides a location with an accuracy of 30 centimeters. The Signify YellowDot® program is an example of a VLC-based indoor positioning system. 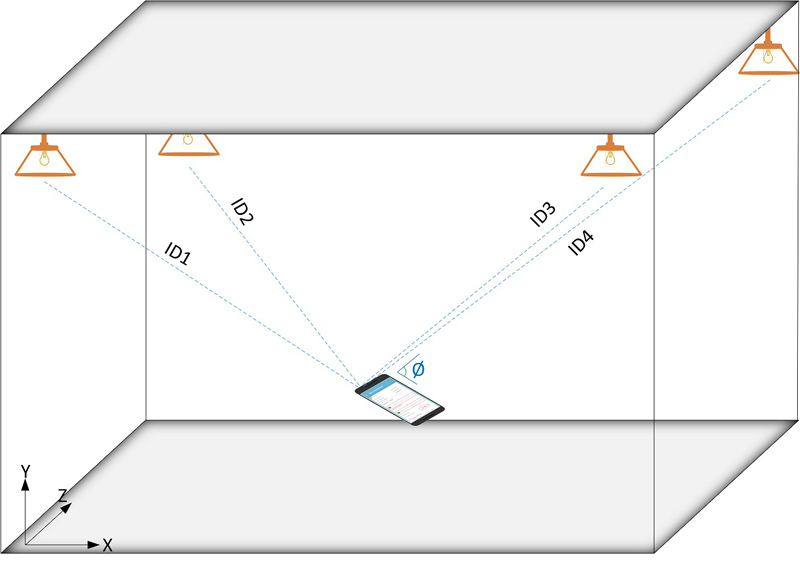 As mentioned earlier, the inclusion of Power over Ethernet networks is becoming increasingly common in industrial, commercial and hospital buildings, but how does this benefit location-based services? Because Ethernet technology can deliver data and power over a single Ethernet cable, it can help reduce or even eliminate the need to run separate cables. This can reduce the overall power and network infrastructure cost for businesses but using PoE can also make it easier to extend power to additional equipment, such as lighting fixtures in a part of a building where power outlets have not been installed.

This is relevant because PoE-connected lighting fixtures now have both power and data. This has helped lighting fixtures to rapidly evolve and they now include smart sensors, such as occupancy detection, humidity and temperature sensors. These sensors are integrated directly into the fixtures and are connected through PoE, so they are essentially ‘plug & play’. Smart sensors can be used to monitor not just occupancy but the actual number of people in the building. Based on this information, the building management system can better control the environment, such as the brightness of lights or the illumination of emergency exit lights, to create a safe and productive environment for the building occupants.

Through the Ethernet network, additional technologies can be implemented to enable RTLS and IPS services. This is where Bluetooth LE modules and VLC transmitters would be integrated in the luminaires, which further reduces the cost of implementation as no further power outlets or wired communications are necessary. For customers, this reduces project complexity, in terms of installing and commissioning the location services. Figure 4 shows the system’s block diagram.

As an example of how this connected lighting is influencing new solutions, consider the partnership between Zumtobel, a leading supplier of integral lighting solutions, and Quuppa, a leading provider of RTLS technology. In this case, Zumtobel developed PoE-enabled connected lighting fixtures and Quuppa designed and provided the RTLS based on Bluetooth LE modules. The result of the collaboration is integrated RTLS modules in PoE connected fixtures.